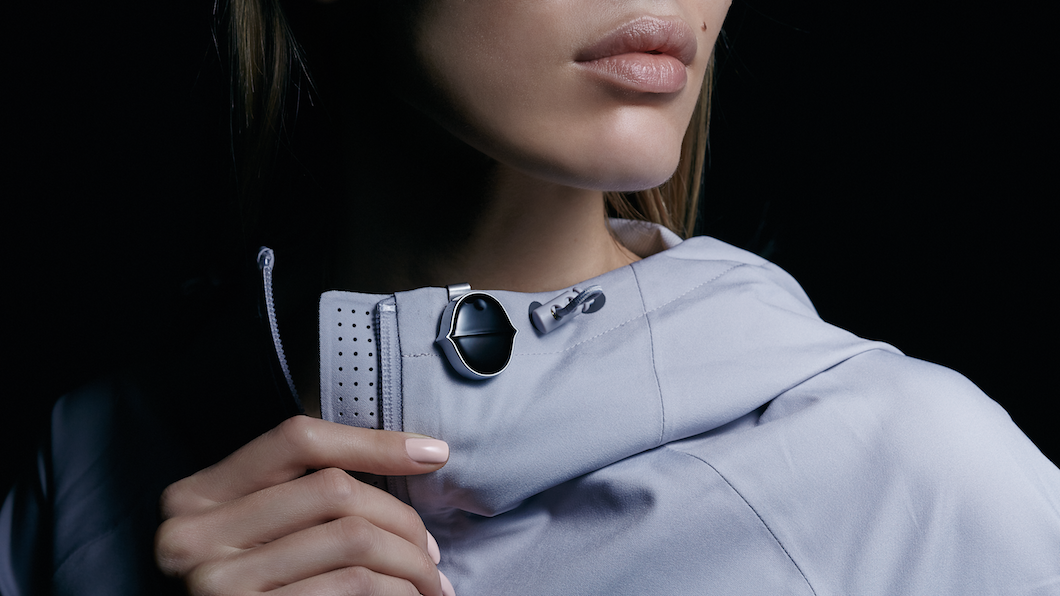 Scrolling through kickstarter can be a depressing experience. Devices proposing to change the world are only 10% funded, while a collar that tracks your cat’s daily steps is funded beyond belief. Coming across Senstone was like finding that magical surprise curly fry in a bin of soggy crinkle cuts.

Useful, versatile, and already 400% funded, I knew I found a device worth getting to know (on Kickstarter here). In short, the Senstone converts spoken notes to text with a single click, allowing users to sort and prioritize notes solely through their voice. I quickly reached out to the Senstone team and connected with Markiyan Matsehk, co-founder and head of product marketing and development.

Entrepreneur and political activist, Markiyan is an ideal representation of an individual living the original lifestyle. He and Nazar Fedorchuk co-founded the Senstone in the summer of 2014 and began initial prototyping shortly after. In Markiyan’s words, “I continually forgot small but important things…by the time I sifted through messages and notifications on my phone, I had already forgotten what I wanted to write down. Senstone solves that problem with a single touch.”

In classic entrepreneurial fashion, Markiyan found a daily pain and crafted an opportunity. Coming from a wearables and IOT background, Markiyan and Nazar started with the design of the Senstone, knowing that they needed to differentiate their product from an already flooded IOT watch and bracelet market.

“We wanted the least amount of distractions and friction, while maintaining flexibility and diversity,” explained Markiyan. The Senstone allows for its users to wear it in three different styles; as a pendant, a clip, or a watch. Its minimalistic design easily incorporates with any style, both professional and social.

Markiyan’s favorite use for his Senstone is to take notes while listening to audiobooks in the car. “I always wanted to write down powerful quotes from my favorite authors while driving, but using my phone was so dangerous. With Senstone, I just pause my book, tap my Senstone to start recording, and tap again to finish. That’s it.” 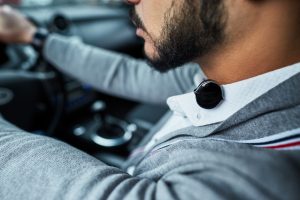 With a customer base ranging from politicians to un-employed entrepreneurs, the Senstone is versatile in more than just its design. Outside of their average customer, the Senstone’s significance for disabled individuals cannot be overstated. With one click, those with mental and physical disabilities can record and organize short notes or long sentences without large clunky equipment.

When I caught up with Markiyan for our interview he was just returning from the Wearables Technology Conference in London. As our interview was wrapping up, I asked Markiyan where he thinks the IOT and wearable industry is presently at and where its headed.

“Unfortunately, a lot of wearables and IOT devices are currently stuck in the fitness and nutrition sectors,” commented Markiyan, “but a lot of innovation is coming in the enterprise and medical spaces.” He believes that IOT eyewear in the medical and safety industries will be the next revolution in wearable devices. “No matter what industry you are in, it’s almost always easier to speak than to write and read than to listen,” explained Markiyan. This brought vivid visuals of Heads-Up-Displays (or HUDs) for industrial safety managers and medical technicians, as well as Senstone-like devices for researchers and entrepreneurs looking to audibly take notes.

“Senstone has big plans to be a part of this vision of the future,” says Markiyan, “but right now we are very grounded in the current Senstone. We want to make sure that you are using Senstone every day, getting addicted to taking notes through speech.”

There is still time to become part of the Senstone product launch. You can find them on kickstarter, or feel free to check out their website at senstone.io.