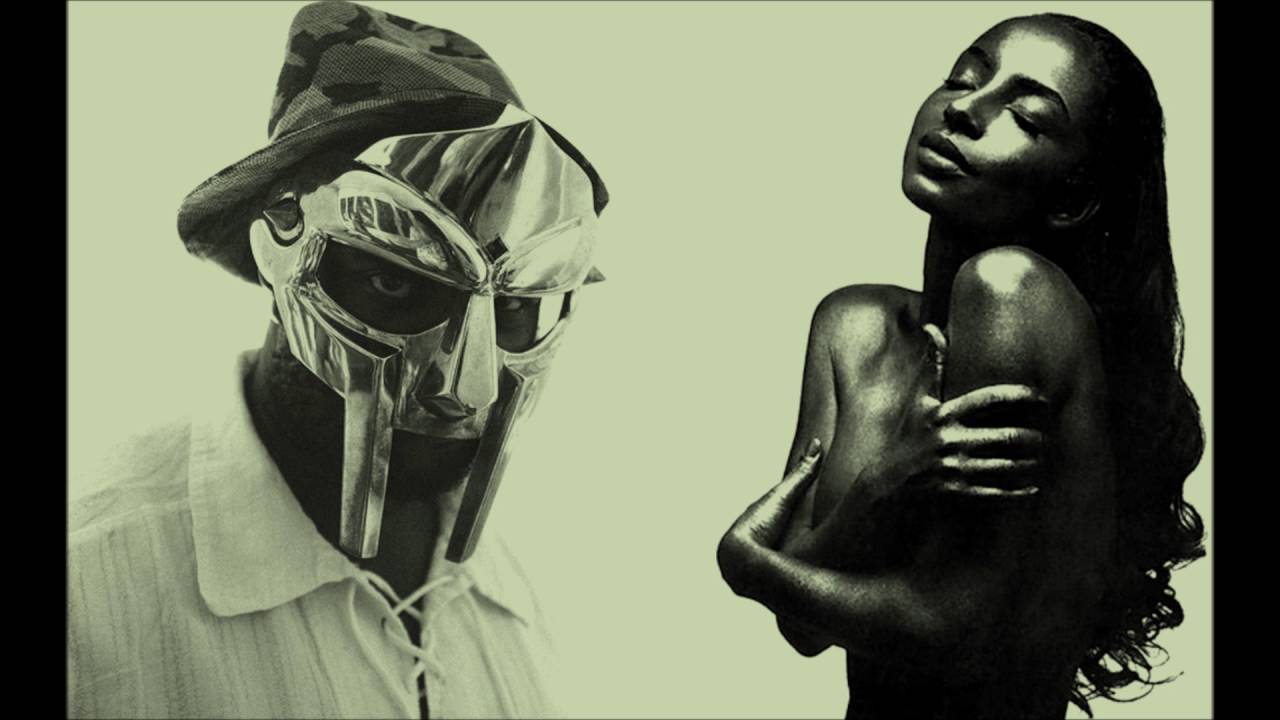 MF DOOM and Sade are Perfect Together

Sade’s music is something like sonic, quadrillion-count linen; soft and enveloping. Whereas MF DOOM’s lyrical style is an eloquent babble delivered with the staccato rhythm of muscle car. And yet, SeanH has done something special with this mixtape.

“The truth is Doom and Sade is a delicious contrast — like maple and bacon; or salt with caramel. The reality is that Sade’s music is perfect for sampling in the NYC style. I could just as easily hear Ghostface Killa or even young Brooklyn MC, Young M.A, flowing over something like “Your Love is King.”

Silverspoon blends Sade’s smooth jazz with the MF Doom’s utterly inelegant story-telling from “My Favorite Ladies” to a melancholy effect. “Air” uses a similar trick, instead pairing DOOM’s brutal rhymes and imagery with the quiet-storm anthem “Couldn’t Love You More” from Love Deluxe. The truth is Doom and Sade is a delicious contrast — like maple and bacon; or salt with caramel. The reality is that Sade’s music is perfect for sampling in the NYC style. I could just as easily hear Ghostface Killa or even young Brooklyn MC, Young M.A, flowing over something like “Your Love is King.”

Like all good mixtapes, some of these tracks actually are more engaging than their originals. “Still Alive” samples Sade’s Solider of Love, which is lyrically one of her weaker songs. I get that love is a battlefield, but that’s a tired trope. Flipped here, though, with the rapid-fire lyrical assault of Viktor Vaughn, the determinedly militant instrumentation sounds appropriate. Viktor is comedic a threat. He’s a gangster that makes Soul Caliber references. No one wants it with hoodl gangster. “Hold On Vaugn” is another good example, but going the other direction. On the one hand, Sade’s band in “Nothing Can Come Between Us” would sound good with a duck quacking over it. On the other hand, the original beat for “Raedawn” is dissonant and inorganic. DOOM’s flow, however, is silky and surprisingly appropriate. Even his ad-libs fit.

This isn’t the first time this has happened though. MF Doom’s “Doomsday” is a flip on the classic “Kiss of Life.” It’s worth noting that track came out in 1999 on Daniel Dumille’s first album as MF DOOM. There’s hardly such a thing as a “typical” DOOM beat, as his music over the past 10 years has been built on samples from the entire sphere of pop-culture. Still, the connection between Sade and DOOM isn’t so odd upon further inspection.

Neither person is fond conducting interviews or taking the spotlight. It took Sade 10 years before she went on tour in 2011. Doom has been known to send impostors on stage for his live performances. They are elusive, but that feels appropriate—Sade is a performer whose music is her image, whereas DOOM is a hip-hop’s greatest super-villain. We shouldn’t know where either of them will shop up next.