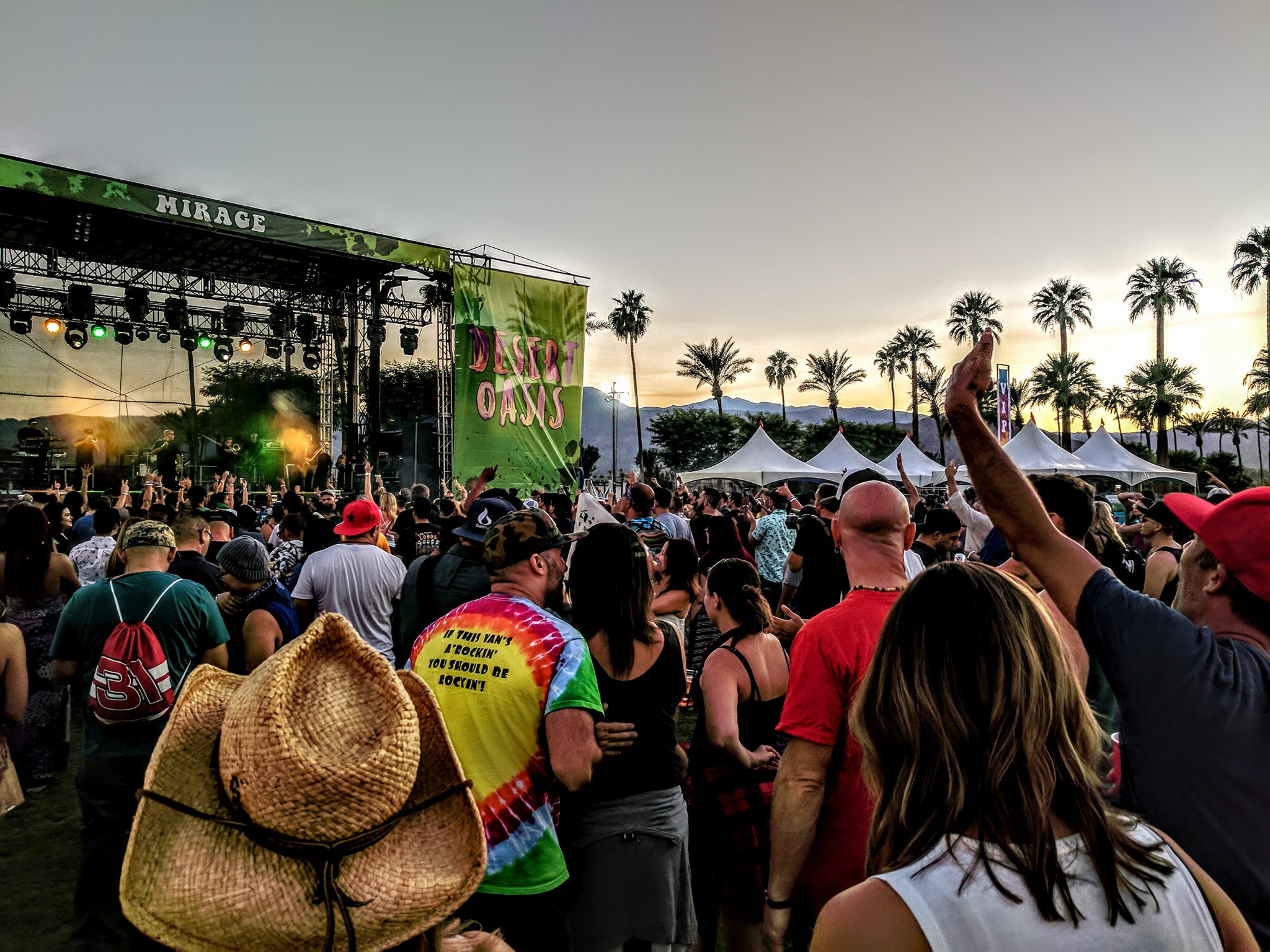 When the Bullets Stop Flying, Music Will Still Be Here

Like most of you, I woke up on Monday, Oct. 2, 2017 to the shitty news that another psycho shot up another concert. Later (and earlier, unofficially), we got news that the great Tom Petty died way too young, which just capped the shitty day. I’m sure I wasn’t the only one who felt numb, dumb, and powerless. Who knows how long I would have stayed like that too, had music not pulled me out.

“Like most of you, I woke up on Monday, Oct. 2, 2017 to the shitty news that another psycho shot up another concert. Later, we got news that the great Tom Petty died way too young, which just capped the shitty day. I’m sure I wasn’t the only one who felt numb, dumb, and powerless. Who knows how long I would have stayed like that too, had music not pulled me out.”

Indeed, listening to the shit out of Tom Petty while writing about him helped put things in perspective, but I really pulled myself out of the doldrums with a live rock ‘n’ roll weekend the likes I’ve never seen.

Beginning after work on Thursday, I hightailed it to The Forum to go see The Gorillaz. As I stood in line with the rest of the multi-racial masses of LA, amidst the added security and tension, I’ll admit to wondering if it was worth it, to risk it all, just to see a show. What a fucking state of affairs I should have to think such thoughts, but I got over it, got frisked, got to my really good seat, examined my closest exits, and sat down, just in time to stand up for the entire disco party.

Indeed, I rocked steadily with Damon Albarn and his very large company of extra funky homo sapiens, including some of the most mesmerizing backup singers you’ll ever lay eyes on. The sound system over delivered too, with crystalline noise that turned the entire Forum into a cooking dancefloor. It was the exact release I needed, and the best show I’ve seen since Sturgil Simpson’s big band tour last year.

So I was even more excited for the next day, when Sturgil finally graced The Greek. For some reason though, he skipped A Sailor’s Guide to Earth’s Grammy-winning  sound – which he self-produced – in lieu of a stripped-down version, that didn’t even include my third favorite band member, Laur “The Estonian Sensation” Joamets on lead guitar, or any of that album’s (and last tour’s) sensational horn players. Apparently, Sturgil wanted to show the world that he’s a pretty damn good lead guitarist himself, as the golden-throated baritone complimented his snarl with a flurry of licks that rivaled Dicky Betts in his prime. But The Greek’s sound system wouldn’t crank the volume, even on a Friday night, and I have to say I was left a bit disappointed, compared to the two times I was previously blown away by Sturgil. Oh well, at least I didn’t get blown away by some crazy person.

Then came the weekend’s really big trip, to the Palm Desert’s Empire Polo Grounds, site of Coachella, to attend the Desert Oasis music fest. Nothing like a mostly-reggae fest in the gorgeous outdoors to remind you that one good thing about music, “when it hits you, you feel no pain,” as the undisputed father of the genre, Bob Marley, continually reminds me. Arguably even more fun than attending the sometimes overwhelming Coachella fest, the Desert Oasis is a much smaller affair (like its equally-fun cousin fest held on the same grounds, Rhythm, Wines & Brews), but you still get more damn music than you can actually watch.

Desert Oasis 2017, the debut of the festival, featured some of the best names in reggae – Damian “Jr. Gong” Marley (the most powerfully gifted of all the Marley kids!), Steel Pulse (still got it!), Rebelution (Sunday night and I still danced!) – but also some huge tangential-genre-rocking talent, too: Los Lobos, E-40, Murs, Fishbone, Reel Big Fish, Warren G, Fortunate Youth, Inner Circle, and more.

Altogether, it was a soul-stirring blitz of funky beats and irie vibes, and just what I needed to see: people of all colors and creed, moving as one, loving as one, vibing as one, and believing as one, that music is the soul of the people, and the people are one. One love. And that’s as timeless and indestructible, no matter how hard the bad guys try to get us to stop dancing.