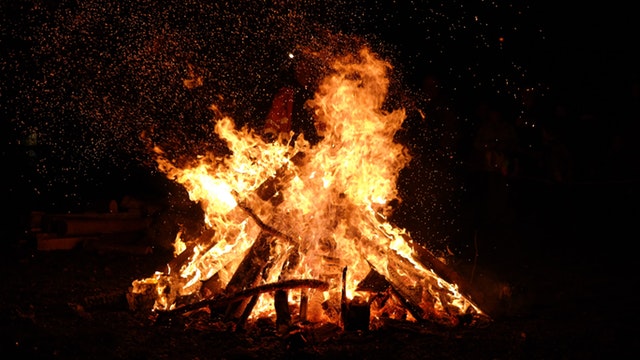 7 Most Impressive Skills To Have In Your Locker

We’re all leading relatively busy lives, but it’s always important to set some time aside for hobbies. They allow us to discover new things we like about life, take breaks from the humdrum of everyday life, and, yes, even help us make new friends — or, at least, win admiring glances. Indeed, this last one can be something of a motivator when it comes to picking what skill we learn. Below, we take a look at the seven most impressive skills you can have in your locker. Pick one (or more!) and get learning.

Much of the world speak just a little bit of English — they’re familiar, thanks to Hollywood and television shows, of some expressing themselves in even the most basic way. But if you’re in America, the chances are that you can barely speak more than a few words of a foreign language. And because no-one expects it, it’s even more impressive when you can. Of course, don’t go around telling people that you can speak, say, Spanish — just wait for the opportunity to present itself, and bust out Hola hombre, como estas? Quieres cerveza?!

In the Great Outdoors

We’ve all been pushed indoors, towards warmth and convenience. But every now and again, we want to spend some time in nature, reconnecting with our primal selves. Or so goes the idea. Often, an adventure into the great outdoors is interrupted by the understanding that, oh, no-one knows how to act out there. That is, until you step up, and build a fire. Knowing how to survive (or at least not make a trip a total disaster) is one of those things that’s useful as well as impressive.

Knowing a martial art like karate isn’t just about being able to defend yourself — it’s more like a way of life. It’s a spiritual journey as well as a physical one. Knowing the basics will get plenty of admiring views and follow up questions. Begin by getting some information online — for example, Judo Info teaches how to tie a karate belt, and also about techniques. Once you’ve got the hang of some of the essentials, you’ll be able to step up and make it part of your routine. You’ll hopefully never need to put what you need into practice, but will be glad you learned if you do.

Helping a Friend in Need

It’s always worth keeping in mind that impressing others isn’t just about making yourself appear better than them. It’s about supporting them. We’re all in this together, and if we’re able to offer a helping hand when someone is in physical or mental distress, then we’re going to be a highly valuable human indeed. There are two paths you can take down this route. The first is learning the basics of first aid so that you can help someone who has an accident. The second is learning how to talk to someone who’s in emotional or mental pain — you may make the difference during a rough period in their life.

Anyone can open a bottle of wine or beer. But mixing a delicious cocktail? That’s a skill…one that’s much appreciated at social gatherings. Keep a few recipes buried in your mind, and whip them out at the next party — there’ll go down a storm.

Dancing is one of the joys of being alive, but you wouldn’t know it from looking at people nervously standing at the edge of the dancefloor. It can be a little nerve racking, stepping out onto the dancefloor, and throwing some shapes. And this makes it all the more admirable when someone strides forth, and dances not only without self-consciousness, but dances well. The basics of dancing can be learned in no time — from there it’s all about practices.

Everyone loves music, and the appreciation only grows as they age. When you’re young, it’s cool if you can play a tune. When you get older, it becomes something else — it’s like an instant way to bring joy to the people. Though, having said that, it is also cool — there’s nothing that impresses people more than watching someone sit down at a piano and unexpectedly play a tune. While some instruments — such as the violin —  are impossibly complicated to learn, the guitar and piano are, OK, they’re not easy, but anyone that can dedicate time to learning can get learn how to play some tracks pretty quickly. Give it a go!