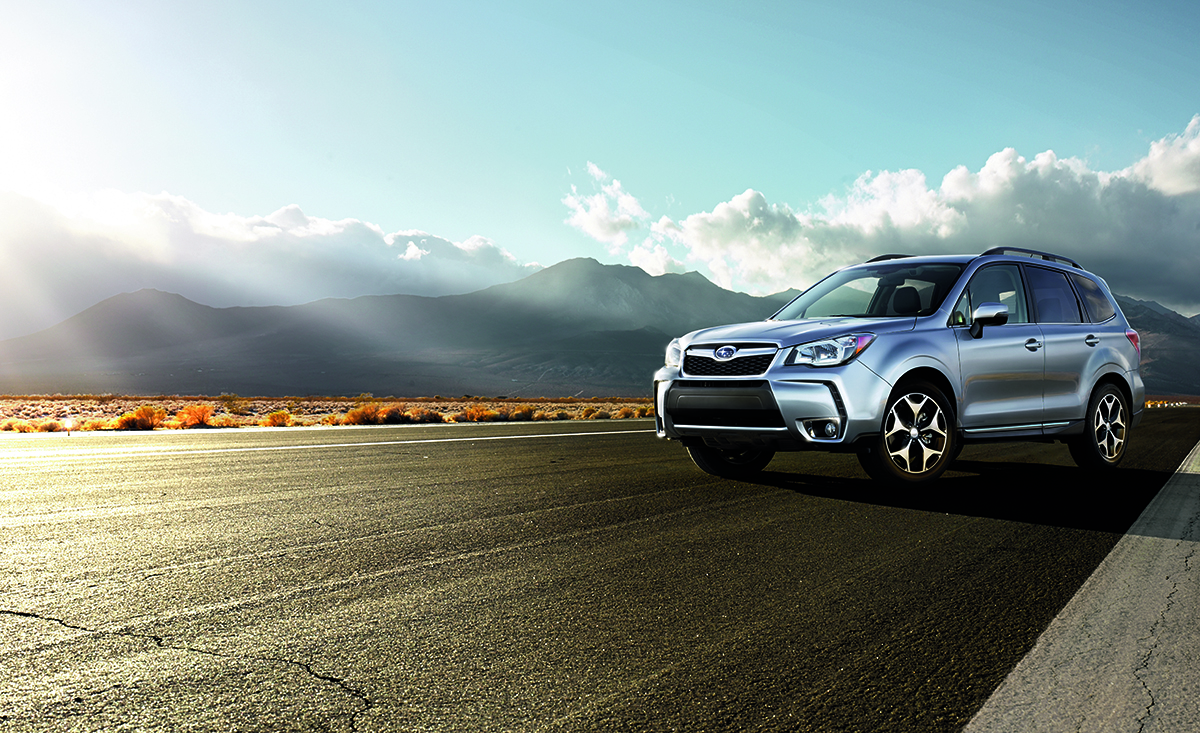 The Subaru Forester is more than a road car

Ah, the Subaru Forester. A car you love or hate… sometimes both. There’s two ways of judging a car such as the Forester. You can view it as a car in which case you’d have some criticism regarding interior and driving dynamics, or you can view it as an off-road capable vehicle, again in which case you’d have some objections that it’s not as capable as a full-on off-roader. But therein lays the beauty of it. It’s both, all of the time. Therefore, you can’t objectively judge it with standard tests and measures.

At first glance, it’s the same vehicle as the 2015 Subaru Forester. That’s because it is. It’s basically a carry over with the exception of a few details. The exterior is the same, with the identical front fascias for both the 2.0 and 2.5 liter respectively. The inside follows suite. The biggest difference to previous year’s Forester is the center stack and the 4.3 inch screen which is now on the top. The 2.5 has it as standard, with the accompanying backup camera.

The interior of this generation Forester is a large improvement from the old one. The materials are much nicer, the fit and finish is better and overall, you don’t get that cheap feeling like you did before. Granted, it’s still not as good as some of its Japanese and especially European competitors but it more than makes up for with capabilities. Elsewhere, you have a 60/40 split for the rear seats and 74.7 cubic feet of space in total. The rear area alone offers 34.4 cubic feet.

The hood can house two different engines, depending on what you spec your Forester with. The 2.5 liter four-cylinder Boxer engine (horizontally opposed) develops 170 hp and 174 lb-ft of torque. It’s available with a six-speed manual and a CVT. Anyone who’s ever driven a car with a CVT will know to avoid it unless it’s a Lexus. We strongly suggest you take the manual. It’s more involving and enjoyable, even with the task of changing gears yourself in daily driving.

Weirdly, if you want more power you’re going to have to go for the turbocharged 2.0 liter flat-four. It develops an astonishing 250 hp and 258 lb-ft of torque, a big power increase over the 2.5 liter unit. Get ready to have your bubble bursted however: it’s not available with a manual. Ah Subaru, why must you do this?

Still, you get the excellent Symmetrical all-wheel drive system like on most Subarus. In our opinion it’s one of the best all-wheel drive systems out there, and a big part of why Subaru is so great. It allows the Forester to be more than just a road car. It will by no means fill in the role of an F-150 Raptor for instance, but it will be more than enough for 90% of the people who buy it. Occasional of roading is not a challenge, but it does have its limits. All in all, a great purchase for what it is.