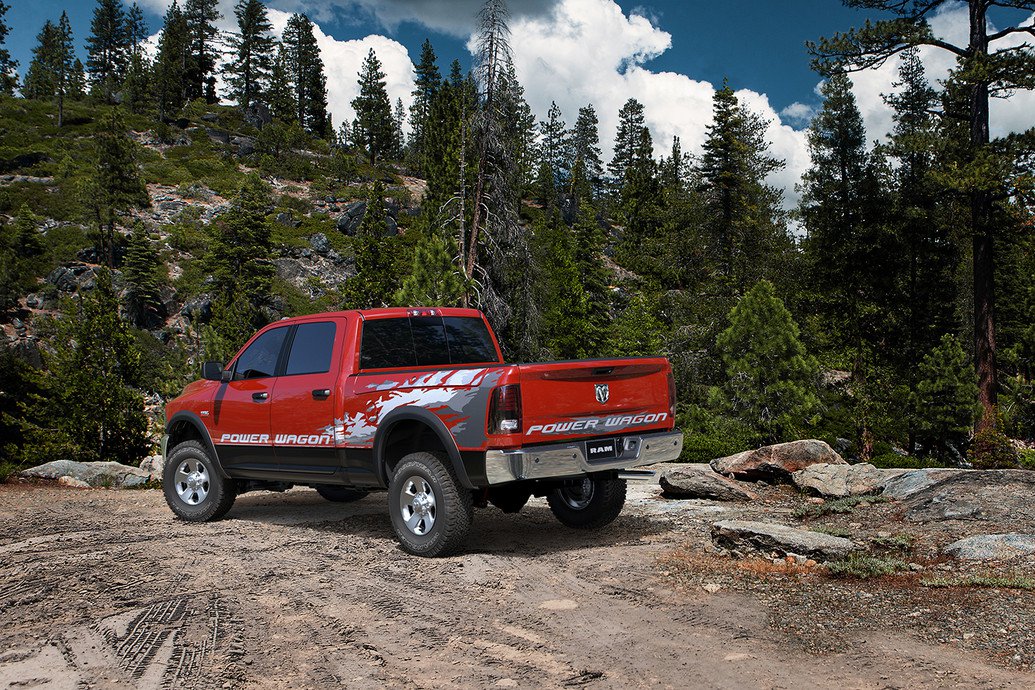 The Power Wagon name was brought back some ten years ago by Dodge (now Ram). It’s basically only used on the most rugged and capable trucks of the lineup. The best of the best. The first time it appeared after the resurrection it was on a lifted and off-road oriented version of the 2500 three-quarter ton pickup. Fast forward 10 years later, and nothing has really changed. The standard capabilities that make the entire Ram range so great are still there, with some added bonuses of course.

Where the Power Wagon plate differs from something like Ford’s Raptor name however, is in the way it approaches and tackles just about anything. Take the F-150 Raptor for instance. It’s fast, loud, fun and crazy. It’s very capable yes, but if you were to classify it, it would fall into the big-boy toy section before the daily driver one. It’s meant to be fast and loud, it’s meant to leap over desert dunes and do four-wheeled doughnuts on the sand. The Ram on the other hand, is the civilized grownup. It takes everything seriously and while it may not be the dune buggy the Raptor is, it will always take you wherever you want it to. It’s the sort of vehicle that you never get bored of, because it’s not a toy.

If there’s one slight disadvantage of the Power Wagon, it would be the lack of any diesel engine choice. Think about it: a big off-road truck with lots of torque… sounds perfect for slow crawling doesn’t it? Well yes and no. Torque is an advantage of a big diesel engine, but weight isn’t. The engineers said that the Cummins diesel would be hundreds of pounds more than the current Hemi under the hood, thus the reason why they went for the gasoline engine only.

But what an engine it is. A large, naturally aspirated, shouty 6.4 liter V8 developing 410 hp and 429 lb-ft of torque. The engine is mated to a six-speed auto which we have to say, is a great match for the engine. The exhaust note coming from the pipes is even better. It’s exactly what you’d expect from an engine which is also found in Chargers and Challengers (non-Hellcat models). It’s deep and burly at idle, and shouty and angry at the top. You feel the entire pickup shaking if you rev it high. It’s just awesome.

And then there’s the Power Wagon’s biggest advantage: its total disregard of obstacles. If the word overkill was ever suitable, it would be accompanied with the Power Wagon. Anything short of extremely large rocks or deep crevasses would not trouble this thing. It just plows on as if nothing is there. The Hemi is also helpful: one mash on the loud pedal and you’re basically either on top of or through whatever you just aimed the truck at. As far as off-road trucks go, this is a very effective one.