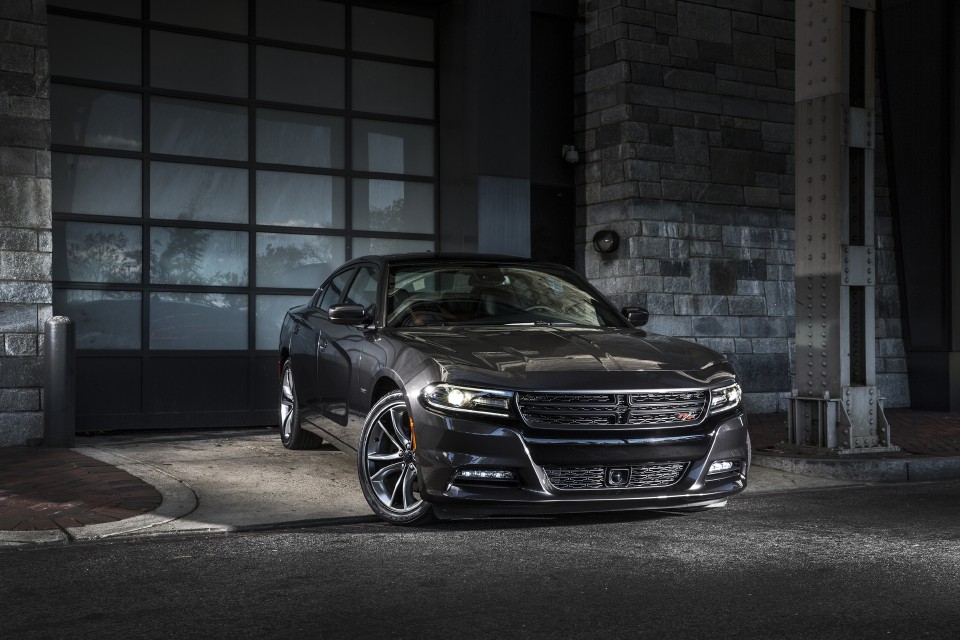 A Muscle Car Era Reference with the 2015 Charger SXT

A modern full size sedan with a fully fledged muscle car appearance, the 2015 Charger SXT AWD is one of the most imposing cars on the road today. Characterized by a wide and low stance, the Charger features visual cues that make a powerful reference to the muscle car golden era, the most evident being the front end.

Situated at the end of the long, creased bonnet, the front grille is flanked by the headlamp, which also feature LED day time running lights arranged in a typical manner for the model. An aggressive bumper, sitting low to the ground, incorporates the fog lights, alongside the massive air intake in the centre. In order to fir better in the current line-up, the car shares common traits with models such as the Durango or the Dart, yet it is still individualistic enough to keep its own identity. The side profile provides it with a very muscular appearance, while various creases contribute to enhancing its overall appeal.

Viewed from the rear, the back lights spanning the entire width of the back are carried over from the preceding generation, as they were a highly appreciated feature. A duo of exhausts is integrated in the rear bumper and a subtle spoiler is placed on the bootlid, but they are mostly aesthetic features, as the SXT AWD is not a pure muscle car, but a sedan styled to look as one. For elevated performance, head over to the SRT range.

The interior lacks some of the appeal of the more powerful versions, but that also reflects in the acquisition costs. However, the car gets a paddle shifter mounted behind the new steering wheel, while the instrument cluster features a digital display between two large, circular gauges. Depending on the trim version, a touchscreen that serves as an infotainment system is embed in the center console, but a push button start system is included as standard. Capable of seating five adults, the Charger offers ample space, but the sloping roof line means that rear headroom might be limited. Moreover, the seats are a bit on the firm side, which could prove to be problematic during long voyages. On the upside, the massive 16.5 cubic feet boot is more than capable of engulfing you luggage, personal belongings or a small boat, for that matter.

On a more serious note, the SXT AWD is powered by a Pentastar branded 3.6 litre V6 engine, capable of developing 292 horsepower and 292 lb ft of torque coupled to an eight speed TorqueFlite automatic transmission. The AWD system is intelligent and non permanent, switching to full rear wheel drive by decoupling the front axle if the system’s sensors do not encounter adverse driving conditions. In rainy, slippery or severely cold conditions, the front axle will be re-coupled, for increased traction and better handling. The official fuel economy figures state 18 mpg city and 27 highway, but they are valid without the AWD system activated, so you might encounter slightly different values when it is in use.

Overall, I loved this vehicle.  The engine and performance was on par with other full size sedans, and while it would not be winning any races in this format, its homage to the muscle cars of the past continues on. With an imposing presence on the road, there is no denying the Charger’s looks turn heads and have started to define other manufacturers designs, and for good reason.  This is a great vehicle, and when compared to other full sizes, stands out in both looks and comfort.