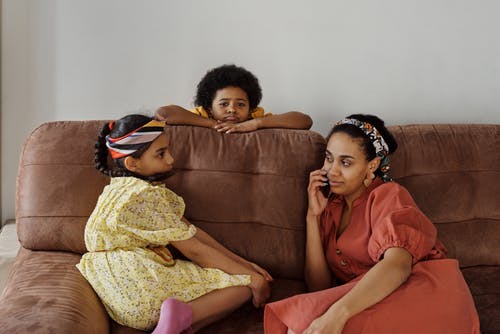 Social-Emotional Learning, or SEL, is likely something you haven’t heard before. It’s not because it’s a new topic of discussion or model for teaching, but rather that the name has been adapted over the years to explain many different kinds of learning. Many people refer to it as conflict resolution or character education, but the point is developing a framework of understanding about teaching, particularly children, the role of social-emotional interaction.

There is a critical need for SEL, especially in younger boys, as they are a predominantly overlooked or undereducated demographic in the space of emotional curriculum. The importance of teaching this theory, and its application, are numerous. Here are those critical roles.

Children are impulsive by nature because they have not matured mentally or physically enough yet to fully grasp concepts like consequences. Still, it’s essential that young children, again with a heavy emphasis on boys, learn sympathy and empathy-based decision-making. The act of relating emotional cues and feelings to others is majorly important for developing a young boy. This is one of the central tenets of Social-Emotional Learning, and if you read more, you’ll understand why sympathy and empathy are hard to teach. Using these lessons in applicable scenarios, “You took Jeremy’s toy, and then he cried, how have you felt the same way?” is a suitable method in bringing this decision making into a real situation.

Boys like to play, girls like to play, but often roughhousing becomes a bigger concern for boys as they express themselves and their ability to resolve conflict through physical means. A critical role of SEL in teaching children is the emotional cues to help encourage non-physical means of conflict resolution.

More significant than that is to help understand the basis of conflict within children and how they express themselves in these ways. In its many forms, teaching a social-emotional curriculum is an attempt to demystify children’s psyche and unlearn aggressive tendencies. These tendencies often come as a result of children not understanding how to process their emotions in a verbal manner over physical.

Trauma, mental illness, and repressed emotional concerns are hard to decipher. Children do a lot to telegraph their behavior (boys fighting because of jealousy, girls name-calling), but there is still much to be learned about how children repress their emotional problems, even at a young age.

Trauma is a major concern because children are much harder to decipher to help them work through emotional issues. Still, Social-Emotional Learning attempts to close that gap or at least bridge it by providing the resources of using emotional learning mechanisms through their handling of various tasks and daily functions to process their trauma. SEL is not a form of therapy, nor is it a class in itself in the traditional sense, but a framework that can be applied to the various needs that children have in expanding their education in more relative functions.

Being a healthier person in the aspect of mental health and cognitive behavior is also noticeable in the ways that are seen in productivity. A healthier boy who isn’t weighed down by stress or traumatic focus is more likely to complete tasks and perform functions more thoroughly than a child who isn’t.

Children compartmentalize and internalize a lot of their struggles and issues, and it’s very hard for them to understand how this impacts them. They feel sluggish, tired, and prone to emotional outbursts, but they can’t come to terms with these issues’ primary cause. Creating a more socially and emotionally well-balanced child, not perfect mind you, often leads to more quantifiable productivity in focus on work.

An issue with educating children in general, and especially being able to provide them emotional support with therapists and registered childcare workers, is that marginalized groups fall through the cracks often. POC, impoverished, and children with special needs are much less likely to receive attention in the realm of support. With SEL, the use of these programs in daily educational resources helps provide the developmental skills they may struggle with compared to more privileged groups.

Education isn’t just about math, science, art, and other tangible things that kids write and read. It’s also about educating them on their emotions, how they socialize, and the unseen importance of their mental health. Social-Emotional Learning is an example of how critical it is for useful techniques in the world of education to generate positive change in this manner.