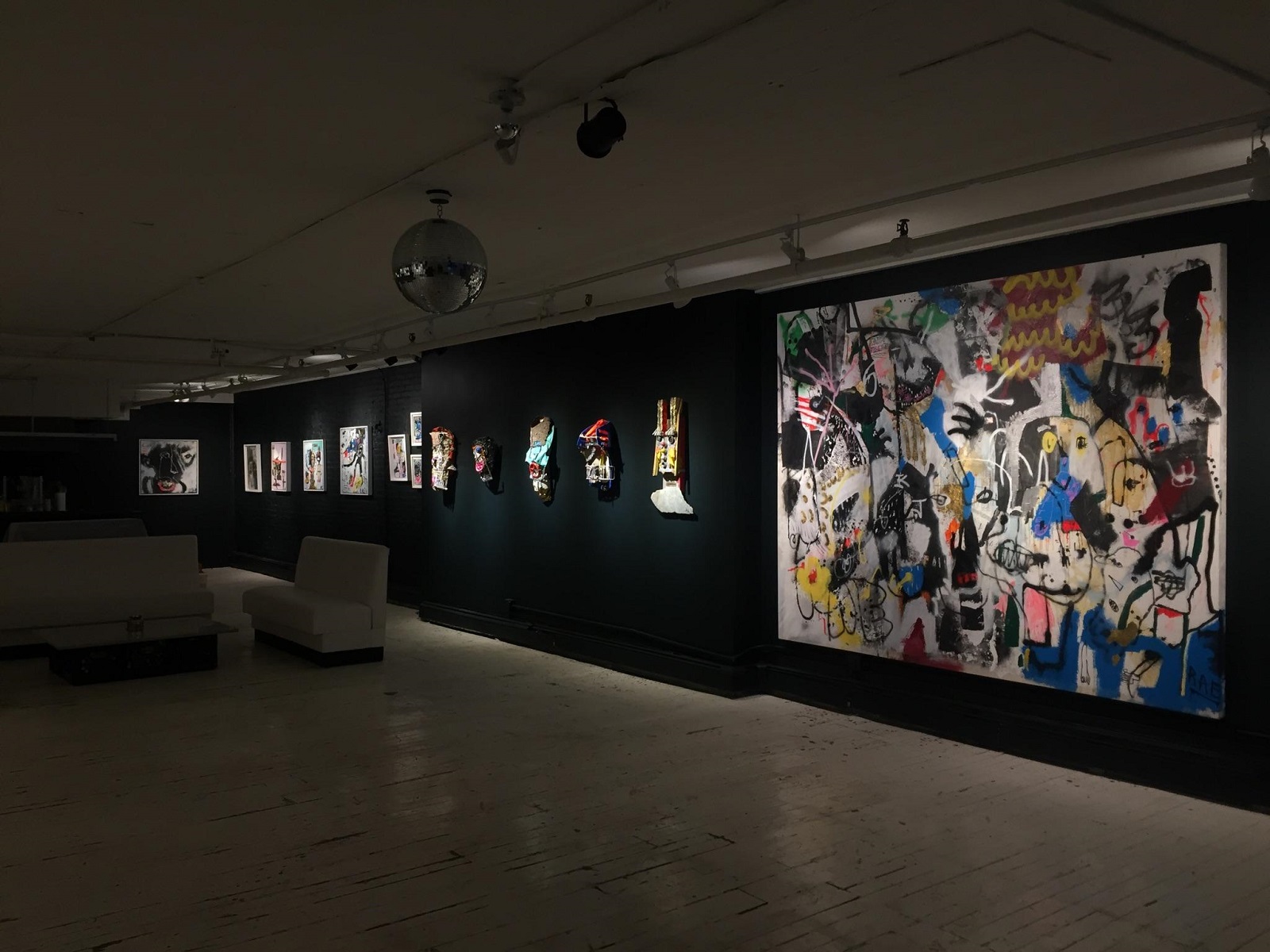 Welcome to our [LIFE]Style Makers series, where we meet with those making big impressions on the everyday life.

In my first encounter with Jerami Goodwin, aka STAINO aka @seanpenncils, it was clear what kind of artist he was — immensely prolific, always creating.

“You could even say graffiti is the most powerful art, because of what it might take to create the piece. Most artists have a canvas and work in the comfort of their studio. When you’re scaling a building, or you only have 45 seconds to paint on a truck, it results in an alternative mindset and unique artwork that can only exist under that sort of pressure and those circumstances.”

Upon arrival at his classic Bowery walk-up in a perfectly patinaed building, I was shown into a massive white studio stretching both directions. There’s a luminescent table at one end, and of course, a few stylish gents hunched over computers. As I neared the end of my trek from the door to the table, I was greeted by an outstretched hand, a grinning face and an enthusiastic “Hey man, I’m Jerami, nice to meet you — lemme show you around!”

Goodwin is originally from Atlanta, GA, “the strip club capital of America” he noted with a chuckle. He moved to NYC nearly ten years ago, making a name for himself as a street artist, tattoo artist, skater, and occasional break dancer.

“The culture really just attracted me, there’s so much. And with graffiti art, it’s so interactive and just adds to the experience of when you come to New York City. You could even say graffiti is the most powerful art, because of what it might take to create the piece. Most artists have a canvas and work in the comfort of their studio. When you’re scaling a building, or you only have 45 seconds to paint on a truck, it results in an alternative mindset and unique artwork that can only exist under that sort of pressure and those circumstances. I’d even argue because of the illegality it’s one of the most emotionally engaging art forms.”

Today, Goodwin and his team are working on a t-shirt graphic titled, THE SOHO SKI TEAM for his Player’s Club apparel line. The joke of course being, that there are no white mountains of snow in SoHo. Well, at least not the kind you can ski on.

While the idea was conceptualized earlier today, they’ve already lined up a meeting with a local artist and a screen-printer to get the first couple samples tomorrow.

The imagery draws from a retro late ’80s logo, and although it feels familiar, there’s something contemporary and modernized about it, like a future interpretation of retro. And it works.

As Goodwin explains, “I show graffiti and street art, but I don’t like to call the work we display ‘street art’ We’re classically trained artists, skateboarders, photographers, and sculptors. [During an exhibit] This studio becomes an artwork and display of culture, in and of its self whenever there’s a show, and my aim is to create a space to enable and connect creatives — my gallery is a destination.”

After showing me around the space, we head around the corner to a Thai place with Jerami’s friend, Brazilian artist Pixote to talk in more detail about the gallery:

CW: Tell me about your last show?

JG: Last collection was a 40 artist group show, at my gallery, none of the work was for sale, and I’d describe it as more of a display. A statement of what I think is collectible, and the artists I’ve chosen to represent. I mean, we talked about it earlier, but I choose what artworks participate in the show based on the art. This might seem like, ‘duh’ but what I mean is that with many [of the artists] it’s just about the art. Some I may not be in touch with anymore, but it’s about the art and an expression of my eye. I’m showcasing my eye, as a curator and collector. 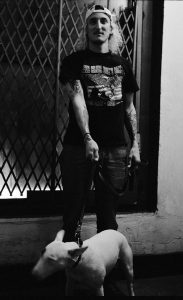 CW: What are you working on and exploring right now?

JG: Looking to the future. Fashion is art, and it’s another avenue I want to explore. Texture and construction are really cool to me. I like making beautiful things, be it create a new brand, web content, figure out how to market it, or make a limited line of custom gallery apparel pieces. Right now, I’ve got limited-edition gallery prints, and gallery apparel from the most recent show for sale, you can check out my IG — @seanpenncils — for more. I also do modeling, not that I’m a model, but I was chosen to be one of the five artists in the new Band of Outsiders campaign. It’s just another avenue of expression and creative collaboration. The brand has recently relaunched under new creative direction, and I was chosen as one of five artists to be the face of this relaunch. It’s really new to me, and it’s really cool to contribute and surround yourself with such a talented group.

CW: When are upcoming shows, and what can we expect?

JG: My next showcase is on February 3rd ( at 99 Bowery) of my friend Daniel Weiss’ photographs. The debut solo show titled “New York Photographs” will show 26 of Daniel’s most iconic photographs taken in the city. Regarding what you can expect for the future of the gallery? You can expect to find artists who are young, some who are old, some known, some not known, and everything in between. Some artists how have been involved with the gallery include Ricky Powell, Retna, COST, to name a few. They’re all key players in the scene locally, but I showcase just as many artists who haven’t hung much work before. The layout of the gallery, coming back to our earlier conversation, transcends all kinds of art forms. The show itself becomes an experience to engage with as both an artwork and lifestyle, and I’m stoked to play with and layer in the medium of photography.

CW: What do you wish you had known five years ago. What would you tell a younger version of yourself?

JG: That’s a hard one! I don’t really have too many regrets… Because I wouldn’t be who I am now and be able to create the work I do without those experiences. I would tell them to do the right thing. Just try to do the right thing. Don’t let people’s malpractice influence you. Its like I was saying earlier about showing some artists’ work, even though I don’t really interact with them, due to bad experiences in the past. A lotta times I got fucked over on a 5k commission. I’m not gonna cry about it, but that’s not the world I want to live in. So just be aware of the role people play in your life, be it to show you how to treat people, or how not to treat people.

CW: What does “living the original lifestyle” mean to you?

JG: The freedom to fearlessly create, on my own terms, and getting off on manifesting that.