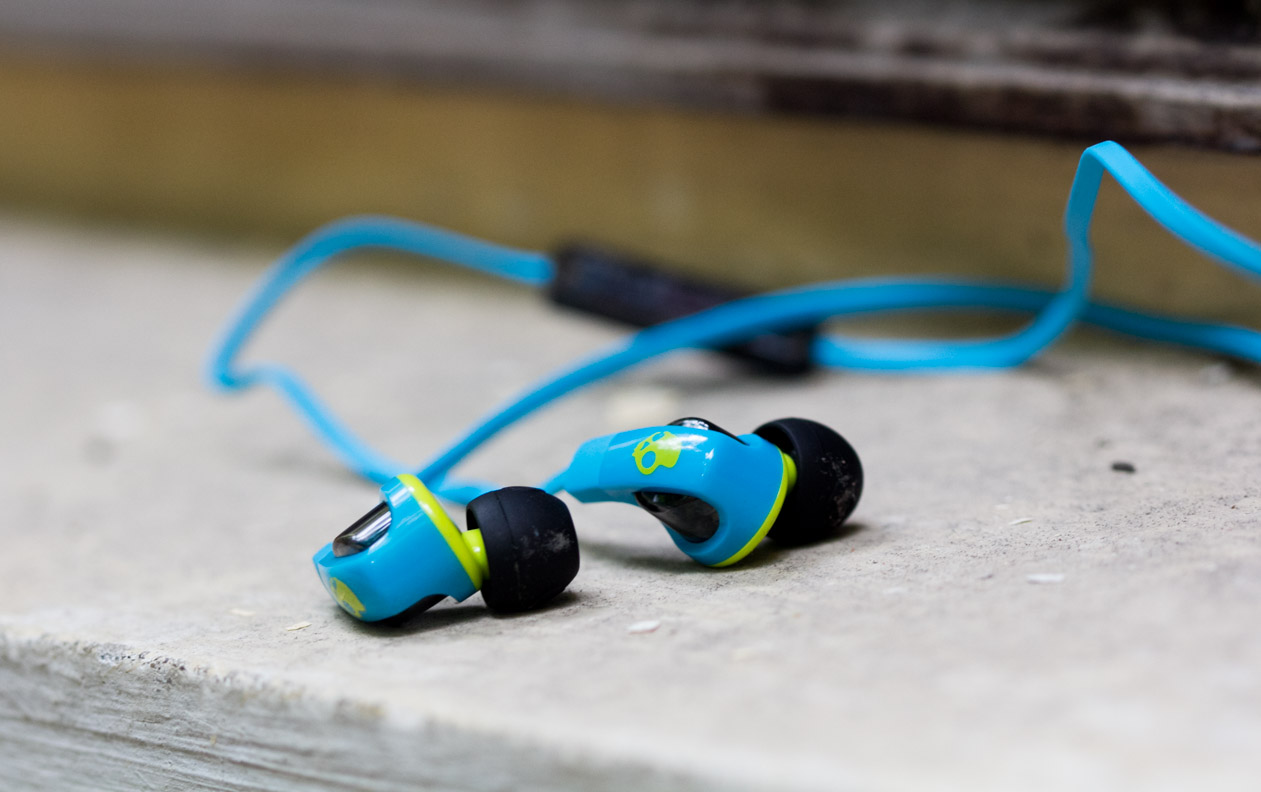 I received the Skullcandy Hesh headphones as a gift when I was a sophomore in high-school. At the time, I remember them being essential as I began my commute before the sun rose, and an escape as soon as the bell rang and class was dismissed for the day. The other day, after many adventures through academic and social peaks and valleys, they quit on me when I inadvertently let them fall as I was getting out of the car.

I decided to replace them with the Skullcandy Smokin Buds 2, thinking they would be a better choice for exercising, capable of being stuffed into gym shorts, jackets, and drawstring bags – the bulkiness was the only shortcoming my Heshs had. The sound quality was quite good, and I was quite pleased with how well they isolated outside noise, even though they aren’t “noise isolating.” Unfortunately, my listening pleasure was abruptly cut short the first day into their deployment as I was cruising down campus on my long board. Initially, I believed I had inadvertently disconnected the Buds. Upon further observation, I couldn’t find anything wrong with them, other than I could get audio through one ear. Miffed that I couldn’t jam out to B.B. King as anticipated, I continued my ride but couldn’t help but miss my Hesh headphones, which had put up with significantly more abuse. Upon arriving home, I goog’d around a bit, and found familiar frustrations and complaints from others, all of whom had Buds that had also failed.

I had total confidence in my Skullcandy earbuds due to my positive experiences with their products in the past, but my intuition told me to purchase the extended warranty – luckily. After navigating the extensive warranty claim process I received another pair the following week. To my frustration, these too did not last more than a week before they lost exactly half their value, and one bud was no longer functional.

Although the Skullcandy Smokin Buds are a budget earpiece, even when they’re not broken they simply do not allow for the escape I had come to enjoy and expect from my other Skullcandy products. The Smokin’ Buds are an excellent choice for anyone who is deaf in one ear.