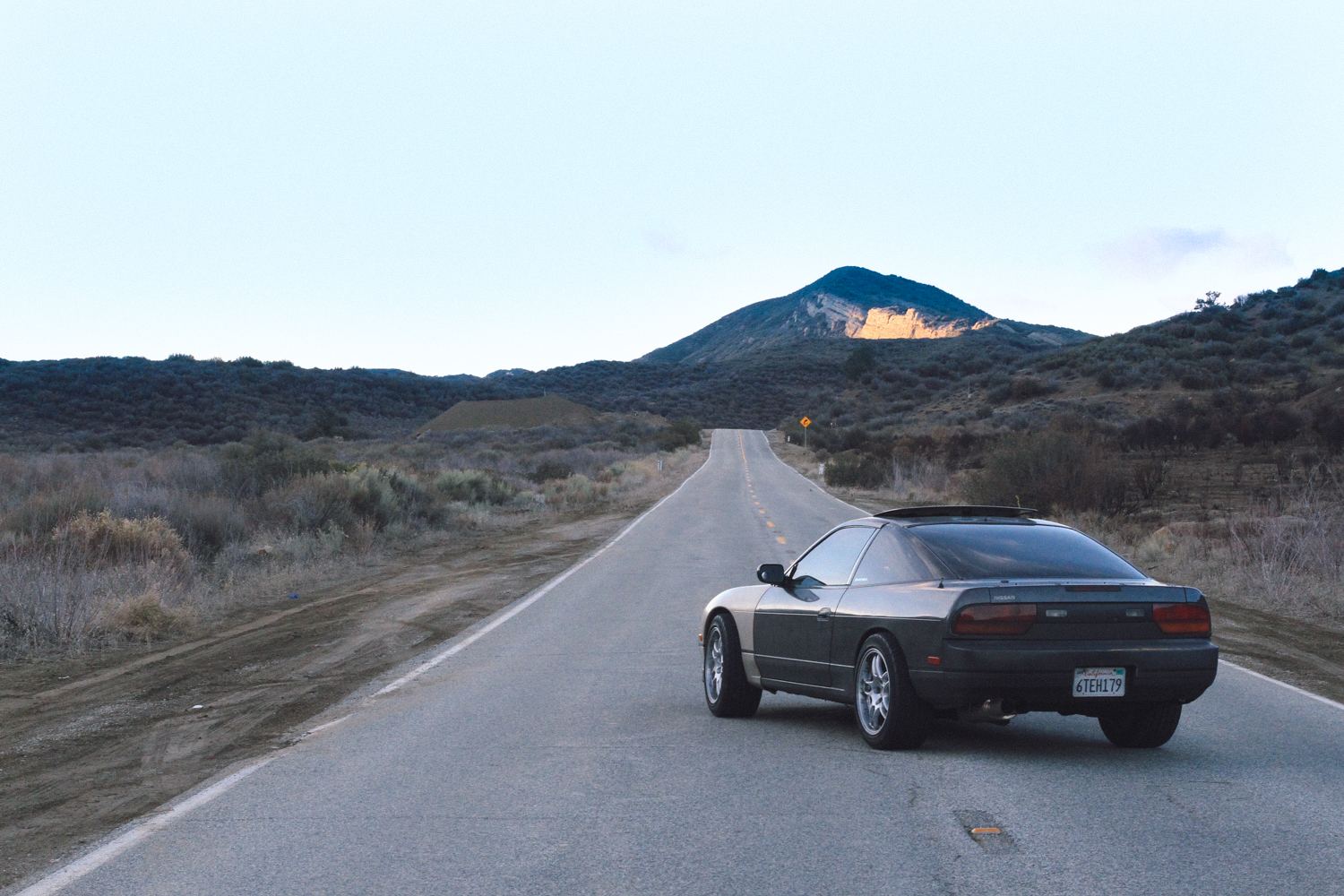 Running in the ’90s: Period-Correct 240SX Build Part One

Earlier this year you might remember me going on a road trip to the Bay to help a friend move in as well as clear my mind on the way back. I took my beloved 1990 240sx to Berkley and drove back taking PCH alone. At that time everything in life was doing pretty awry, including my overly sized 245/45 Yokohama S-Drive tires which resulted me to raise the car by three inches to prevent fender damage and rubbing. Despite the large tire size for the car, these Ultra High Performance Summer tires performed very well through Pacific Coast Highway’s curvy roads, enough for me to sought out another set in the right size. Thankfully Yokohama was kind enough to forgive my mistake and sent me the right size S-Drive tires for my new set of wheels which I will be installing after paint.

Since the beginning of this year I have been on a mission to finish off what the 12 year old in me had always wanted, a clean daily driven RPS13 that can hunt the curves on the canyons with ease and bears all the right parts. This is a story of how I fell in love with my car and the progress of my build from beginning to end… for now. 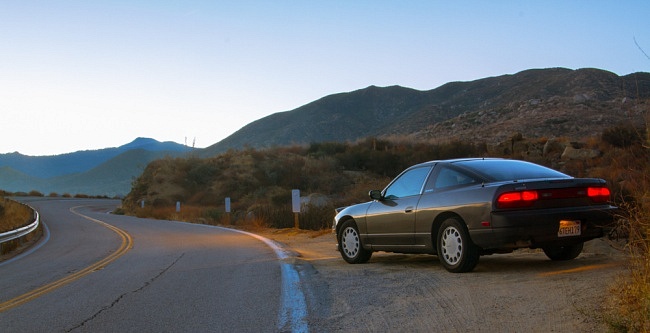 As a kid I was always obsessed with car culture. I remember going to the hot rod and lowrider shows that occasionally happened around town. At home I played with nothing but car related toys from Hot Wheels, Matchboxes, and Micro Machines to the Gran Turismo series on Playstation until the Internet came about. Now there wasn’t much you could do with dial-up but when DSL became available, it gave me the ability to stream videos with reasonable load times. It was almost natural for me to find out about the world of Initial D, Best Motoring, Smokey Nagoya, and the illegal drifting in Japan all before high school. From car buying in Gran Turismo 2, I learned about the Supras, Skylines, and a handful of other Japanese and Euro cars that were forbidden fruit to the USA thanks to the strict import laws.

As I drooled over the early generation Lancer Evolutions, Impreza’s, and Skylines, I realized, due to price and legality, that most of these cars are more of a dream than a reality. Fortunately for me there was one car that stuck out from the sea of 90’s Japanese glory. This car also happened to fit my budget when it came time to own my first car. That was the 240sx, which yields many variations. Some of you might know it as the Silvia, Onevia, 180sx, 200sx, Sileighty, Type X, S13, S14, S15…I mean the list goes on but I’ll save you the explaination between variants because Wikipedia can cover you on that. Now it wasn’t the girlfriends from Impact Blue driving the Sileighty, or the white 180sx Chuki hatchback, or even the white S14 Keiichi Tsuchiya drove in the Drift Bible video that made me fall in love with the S-Chassis. What made me like the car so much was the plethora of body and engine variations that came with the S-Chassis. The idea of owning a car with so many versatile options of customization symbolized the freedom and ease of tailoring the car to my taste. This picture I saw in middle school of a red Type X with Blitz wheels probably also played a small part in convincing me. 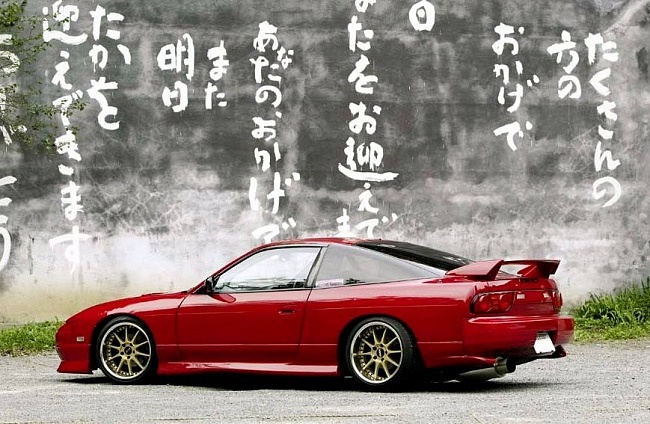 Coming from my part of town, I had to earn my keep and make something out of nothing. Once out of high school, my options were either to buy a car or use that money go to college, I chose the latter and put my car dreams on hold. Being undocumented also meant that owning a car was too big of a risk. It would pain me to have my car taken away off a technicality or be slapped with a big fine that I couldn’t afford. By my third year of college I was commuting by bike to my community college and worked several freelance jobs. Public transportation sucks around my part of town and without a car it made it very difficult getting anywhere on time. Fortunately my parents were nice enough to match my savings so I can purchase my first car. All the while Deferred Action had also just been implemented by Obama’s executive action meaning I finally had the ability to get my drivers license in California. My eyes were set on getting a RPS13. Although the prices of the 240sx’s had plummeted in the early to mid 2000’s, by 2011 people were starting to realize how much potential of track car it can be and prices slowly inflated. The drift scene was picking up in the states and it was slowly getting difficult to find a car that was not abused, engine swapped, or gutted. A clean blank canvas would cost a few hundred more and this was known as the dreaded drift tax. 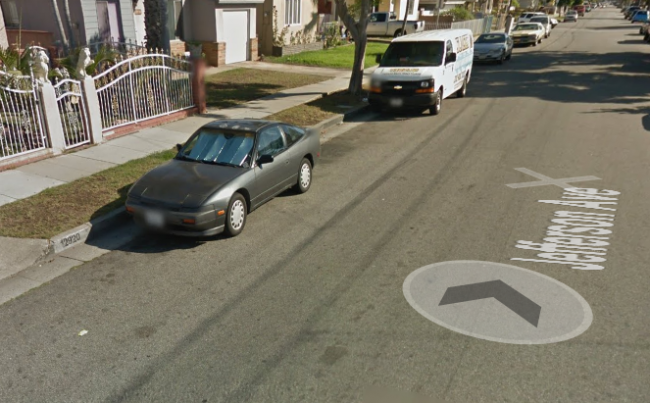 My goal was to find a chassis that didn’t have any detrimental dents and was not gutted or abused. It had to be a hatchback, a sunroof, and most importantly a manual transmission. Although it isn’t as hard as today to find a clean untouched sample for a decent price, it still took some effort. I remembered searching online for about four months before I had found what could potentially be “the one” and even then, the seller was a three-hour drive away. I remember being excited because it was exactly what I was looking for, a grey hatchback with a sunroof and manual transmission with a few nice surprises on top. It had rare un-cracked dashboard, clean title, and only 112k miles on the dash. I managed to score the car for much less than the asking drift tax price due to it having some simple maintenance issues. The car was an early 89-90 model therefore holds the single cam engine. Despite it not having the better dual cam motor it was match meant to be because it was made the same year I was born, 1990. Those pleasant surprises made me instantly attached to the car. When it came time to register the car, it actually got better. According to the DMV records, I was officially the second owner, making it a rare two-owner RPS13. This was verified by my friends’ Carfax report. Not bad for a 21 year old car at the time.

Stage 1 of my build was to make it a reliable daily driver; doing tune-ups and only fixing things that were broken. I completed that within the first two years of ownership. Being a broke college student at the time, I didn’t believe in doing heavier modifications until I got my first career out of college. I didn’t like the idea of building a car when I wasn’t financially stable. I patiently planned my build through an Excel sheet and tried to stay away from buying cheap knockoff parts. No shortcuts here. With the post 2010 trend of 240s being stripped down into drift missiles and unloved by many of its newer owners, I had a different goal in mind. Horsepower didn’t matter to me, so an engine swap or turbo is off the table until this one dies. The idea was to make mine a reliable, period correct, daily driver with only a few hints of modern amenities. Suspension is important because I want it to handle tight corners and small roads with ease. Throughout the past two years, I’ve been crossing off many parts from that long list which brings us here now. 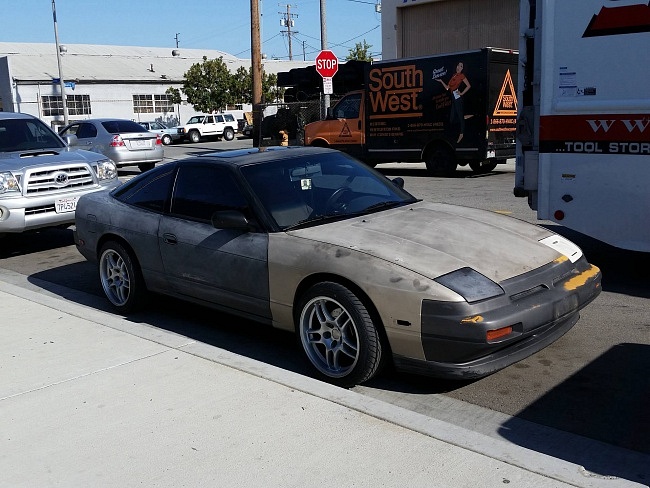 I will get into more details of what parts are on the car in part two. In the mean time, my goal of completing stage 2 of my build is almost done. All the suspension, interior, and exterior upgrades I wanted were purchased and installed. It was finally time to send it off for paint at SoCal Auto Image in Long Beach to make this a rare, non-drift slutted 240sx with color-matched panels. Now we wait.