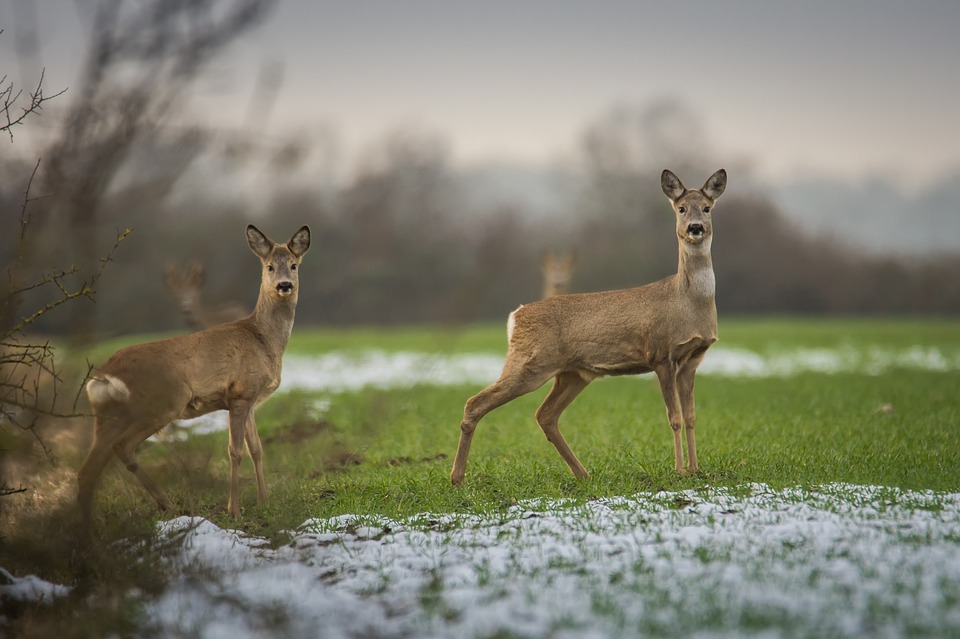 The Deer Hopped the Fence

During the day I pay the bills by gardening and landscaping in Philadelphia. It’s a good gig for me, mostly because I can grow out my beard and spend my entire day outdoors. Add some hard labor and creative problem solving to that mixture and we’ve got a reason to get out of bed in the morning with pep in my step. But as much as I love my job, sometimes… sometimes people drive me insane.

Case in point: The Smiths and their deer problem.

These folks live on an immense parcel of property on the outskirts of Philadelphia. Their property butts against the Wissahickon Creek, so it’s about as wild as it gets in Philly. In an effort to protect their expensively manicured property the Smiths have thrown up deer fence around their entire property. It’s an eight-foot-tall wall of plastic fencing held in place by lengths of rebar and union posts. It’s pretty damn effective at keeping deer out if it’s used properly.

Unfortunately, the Smiths don’t want to install a gate on their main driveway. This opening leaves the deer with a literal open door to cruise around the property at their leisure. They can chomp on whatever they want, shit where they please, then walk right back out the front door. It makes the deer fence pointless. An expensive exercise in time wasting.

“You’ve got to be able to do something,“ they’ll say, “The deer are coming right through the front driveway!”

“Well,” we consider and reply, “The best bet is to add a driveway gate to keep them out.”

This family, the Smiths, they want to put their effort and time and money towards fencing off a portion of their home that is not under assault. Instead of looking at the real source of their problem they look to fix something that ain’t broken. No matter what they do to ninety-five percent of their property, that one area is always going to be a trouble-maker.

It’s gotten me thinking, and I’ve realized the deer fence is a nice analogy for something worthwhile.

Every one of us has got something we want to be better at, or to stop doing, some way to improve and become the people we want to be. We’ll spend tremendous efforts and resources to strengthen aspects that are already pretty firm in our character. And all the while, that main problem, the ultimate source of invasion, is usually staring us right in the face. The problem is we’re uneasy about facing it, and often we willfully ignore it.

Maybe it’s an issue of vanity; the Smiths don’t want their driveway to have a gate because they don’t like how it’ll look. Could also be that we’ve gone through the mental hoops and obstacles for so long that we have no idea how to handle things differently. We can mend the fences and keep ourselves in tip-top shape, but it’s pointless if we ignore the ultimate source of our internal problems.

That’s alright, we don’t need to flip a switch and suddenly solve the problems that have been plaguing us. But an open eye and self honesty is a step in the right direction.