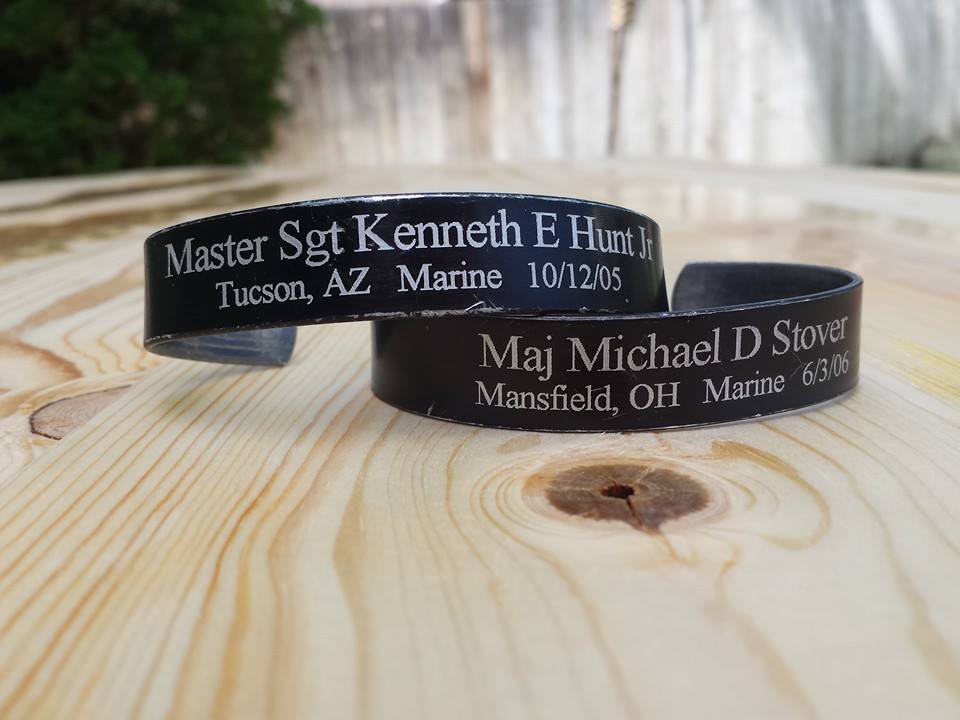 The two KIA bracelets I wear every day in honor of two great men.

Well, it’s Memorial Day. This is the day that we honor those we lost in conflict, the ones who never made it home, the brothers and sisters of the armed forces who did what was asked of them by their government without hesitation. This is their day.

I served in the United States Marine Corps from 2003 to 2007, signing up out of high school at the start of the Iraq conflict. I had a great career, filled with incredible memories, adventures, and people that will always be a part of my heart. Most of those people are still with us today, but a few were taken too soon. And as I sit here on this Memorial Day, debating what I should write about, be it my standard piece or something new, I find myself instead wanting to share memories.

On the news, we often hear about those lost in combat; we are given their rank, where they are from, and who they left behind. But I want to honor the few I lost with something different; a memory of my time with them. The two men I am about to write about were incredible leaders, mentors, and Marines. They both had an impact on my growth into a man, and while they are no longer around physically, their spirit carries on in the lessons they taught.

I was lucky and privileged to have served with Master Sgt. Kenneth Hunt with MWSS-371. He was a man of unrivaled loyalty to his men and women at his charge, a leader that truly would lead from the front. My favorite memory of him came during our pre-deployment workup when I was in the NOC (Network Operations Center) on night shift and he came around off-duty to check on everyone, ensuring everyone was understanding the gravity of our training, and asking about our families. He was not there because he had to be; he was there because we were his family, because he cared about each and every one of us, and even though he was a grunt stuck with the wing, he never let that get in his way of ensuring we were the best we could be for war.

He was a man of few words, but when he spoke, you listened. He had mastered the use of profanity to a degree that it would be odd to not hear him curse in any conversation. His experience was present in his eyes; we all trusted this man not because he read about it in some book, but because he had lived it before. And he would never ask a Marine to do a job he was not willing to take on himself.

You may no longer be with us, Master Sgt. Hunt, but the memories, experience, and leadership you provided will all stay strong in our hearts.

Major Stover was unlike any other officer I had served with before; he was personable, approachable, and had an understanding of the enlisted side that most seemed to look past. Granted, as a Mustang (enlisted turned officer), he had been in the trenches before. And he never forgot about where he had come from. As our operations officer in Iraq, Major Stover was the one who got us the gear we needed, who ensured his Marines were taken care of with everything they needed for mission success and personal well-being. He expected professionalism and integrity, and in return was equally respectful and caring. The Marine Corps was his family, and he treated us all in that manner.

Major Stover was only with MWSS-371 for a short time before we deployed, but he quickly became a very popular and respected leader. It wasn’t until we arrived in country at Al Taqaddum Air Base that I got to know him a bit better. My favorite memory of him was a month into our deployment when we as a group were having a conversation about what was needed for the individual guard huts around the flight line. It sticks out to me as a defining moment of my respect for the man. I should clarify – the leadership was having the conversation while we, the ones who stood guard, were present in the room. In the middle of the conversation, Major Stover stopped everyone and asked a frank question to the leaders.

“Which one of you are actually standing post in these huts?”

None of the senior leaders rose their hands as it was not their position.

“Okay then – let’s ask the Marines who are standing guard for what they need first, then build from there.”

It was in this moment that not only Major Stover gave us a platform to speak, but the respect to be heard on the matter, and from there, establishing his leadership of all Marines.

He was a man who had the call of adventure pumping through his blood, a man who had never let go of his Espirit De Corps, and never wanted to fail his Marines. He fought hard for everyone under his care and only asked for the respect and professionalism that he earned in return. He was humble, charismatic, and always had a great story to tell when the time was right. From planning a little comedy show to helping to build sports field for us to burn off energy. He was always there for his family, for his Marines.

So today, as you kick off your barbecues, hit some local sale, or just spend the time relaxing, I ask that you take the time to learn more than the name of one of those who never came home. There are stories to be told, to be remembered, to be passed on from our generation to the next. The troops who never made it back to their families, to their lives, should all be remembered on this day.