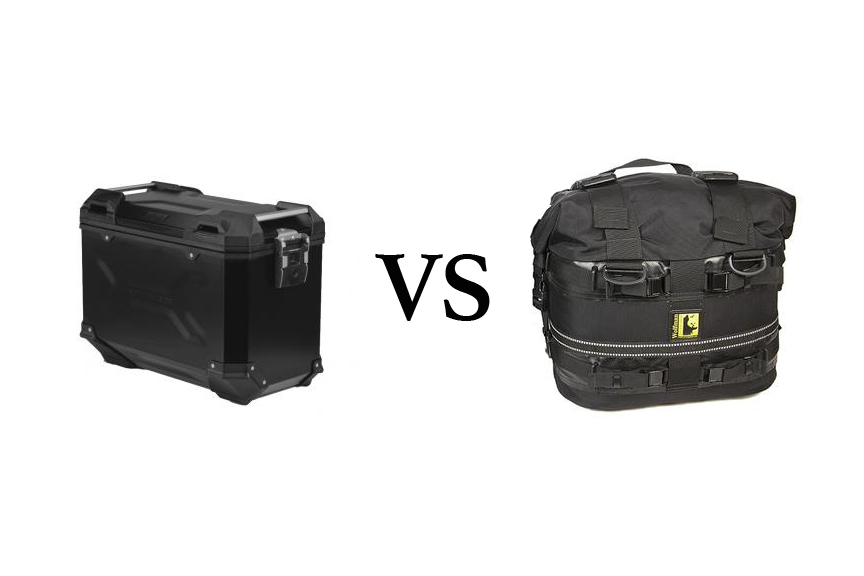 It’s finally time to settle this age old battle – hard vs soft panniers. Recently, we’ve looked at SW-MOTECH’s hard luggage, and Wolfman Luggage’s soft panniers separately, but now it’s time to compare them head to head and find out which is best for the adventure rider in all of us. We’ve been using both of these competitors during the training for The Bet and each of us competed with a different style in order to compare notes and decide on a winner. 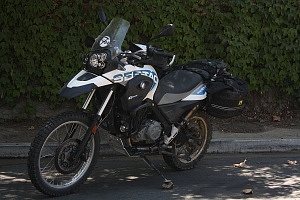 We began training with the Wolfman bags and were immediately impressed by their good looks, versatility, and thoughtful design. They easily swallowed up heaps of gear, and between their inner bag and outer closing everything remained nicely dry and clean. As far as security, sure they’re less secure than a metal case but they don’t live up to the negative hype of being like Kleenex. All the folds and clasps for waterproofing also make getting into them unintuitive for the uninitiated and the toughness of the material makes knifing them a bit more complicated and intense than the casual sneak thief is up for. Cue the rare anecdotes of lone bikers, but thieves prey on easy targets and there are simpler scores than a bundle of snaps and webbing. They are really only under threat if left unattended for decent stretches of time, and then they are so simple to remove from your bike and carry with you that there’s no reason to leave them behind. Overall, I was not expecting to be as impressed as I was with the Wolfman bags. 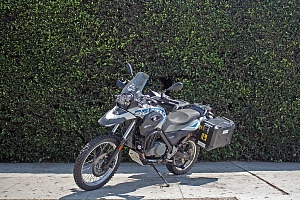 In the other camp we have SW-MOTECH’s TRAX ADVENTURE panniers. These classic hard panniers have been around the world more times than a rock band roadie, and tend to survive the trip with far fewer leaks afterwards. The model we tested were a gigantic 45L. We never filled them up for our two day race through the Mojave, but would doubtless find a use for every inch during longer voyages. We loved the black finish on ours, and the water-tight gasket provided peace of mind through puddles and rain. Speaking of peace of mind, it’s difficult to fault the security of hard luggage. Not only do the lids lock close, but the cases themselves are also locked to the bike through the same key. Should you wish or need to remove them (as we did several times during the race for particularly treacherous or difficult sections), you need simply unlock them from the SW-MOTECH luggage rack and lift them off with a simple tug. This process is even simpler than the buckles and loops used by the soft luggage. After campaigning through the desert with these, I completely understand why hard panniers are the choice of world travelers.

Head to head, it’s difficult to fault either hard or soft luggage. this is why this argument among adventure riders is so perpetual. Generally, most chalk up their decision to riding style or aesthetic preferences but we aren’t going to cop out like that. We’re here to deliver an honest and irrevocable verdict damnit! A battle to the death then…

The price battle easily goes to Wolfman. You can pick up a pair of soft panniers for the price of just one hard pannier. Capacity goes to the SW-MOTECH trunks, with optional capacities of 37L or 45L handily beating Wolfman’s max of 33L. Shrinking violets these metal cases are not, but you’ll never be wanting for space on a long journey. Security feels like a draw. It would take only marginally more time and a marginally more qualified thief to defeat SW-MOTECH’s locks or connectors as it would for someone to slash into your unlocked soft bags. Vigilance, situational awareness, and common sense are always going to be the most important factors here. Weatherproofing sees a slight edge for hard cases, but it’s mostly mental. We just trust aluminum and rubber gaskets more than multiple layers of technical fabric. That said, we’ve never found water in any of our Wolfman bags. Weight goes to soft luggage, with both of Wolfman’s bags weighing about 10lbs, or equal to just one of the TRAX cases.

As far as crash-worthiness, things get a little more complicated. There were multiple crashes during The Bet where the hard cases hit the ground first, both protecting the bike and making it easier to stand back up. In addition, the sheer girth of the 45L boxes we tested meant our soft pink bodies were sheltered from the bike falling on top of us during hard falls. And all that was great until we ran one of the hard panniers into a boulder with horrific consequences.

Not only did it cause a crash, nor did it just rip the pannier off the bike, but it also deformed both the box and the rack it was attached to. So there was the bike in the middle of the desert with a ruined case and no way to reattach it. The only decision was to hide it among the rocks and abandon it until the race was over a Home Depot trip could be made to procure all manner of bolts and spacers to BS something together. Even then, the lid had to be duct-taped  down since it no longer fit the non-square box. Not only would soft luggage have simply deformed and deflected the blow, but I doubt it would even have caused the bike to crash. In any event, Wolfman’s bags wouldn’t have ripped off and left me in a very bad situation. The moral of the story is if you’re going to have many small crashes (as we did), then hard luggage is your jam. If you’re going to have occasional major collisions (as we do), and would rather ruin what you’re carrying than your pannier and racks, then go with soft luggage.

After trying both and testing them to their limits (and beyond obviously), the final analysis has to come down on the side of hard panniers. The SW-MOTECH TRAX ADVENTURE luggage is a workhorse this is the choice of many hardcore adventurers for good reason. They are tough, durable, secure, attractive, and simple to take on and off. If you prefer to use your bike for commuting and milk runs, soft panniers are a better choice for you. But if you’re going to do literally anything other than ride around town, hard luggage is the way to go. They come out on top in just about every area, and we’ll be sticking with them from now on.