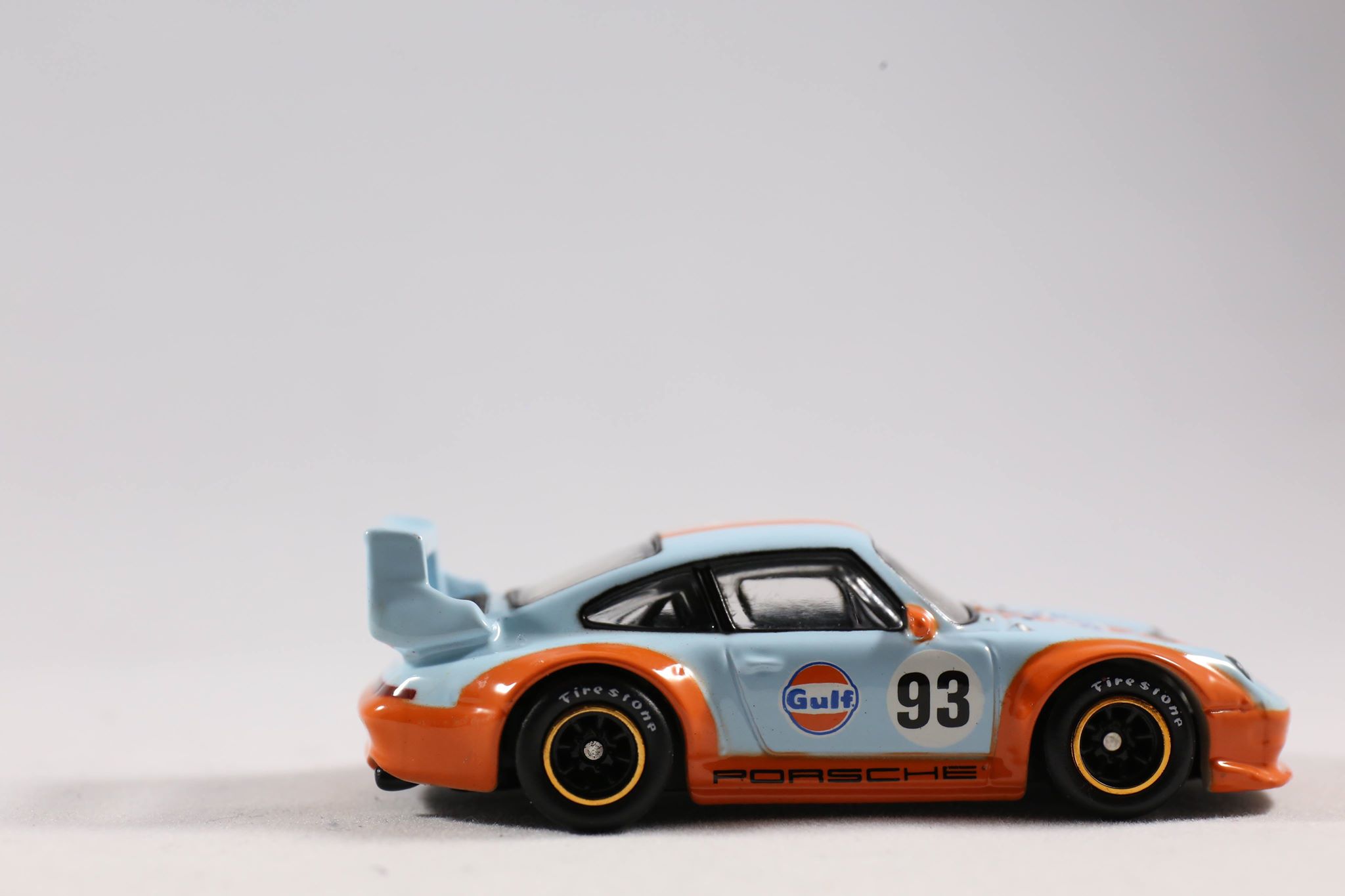 Hot Wheels: A History of Innovation and Superiority

For millions of people around the world, Hot Wheels is the fastest mode of time travel back to their childhoods. These flashy lightning bolts are not just miniature versions of some of America’s most historic cars, but compact, vibrant pieces of American culture as a whole. They carry countless personal and collective memories for each of their wondrous details, achieved through exquisite design which at the time was just a step away from pure magic, and in many children’s eyes – something far better.

The history of Hot Wheels reflects the ever-evolving American culture within which one thing remains constant – the company’s continuous flair for innovation and the finest of craftsmanship.

The story of Hot Wheels starts before the brand’s actual inception, with the first sparks of the toy-making genius and business savviness of husband and wife Elliot and Ruth Handler. Their company Mattel’s success sounds almost movie-esque – from producing picture frames in a garage and using the scraps for dollhouse furniture, the duo discovered where their real strength lied. They channeled their energy into making toys, and it materialized into memorable creations such as the Uke-A-Doodle and a popular Jack-in-the-box before reaching a pinnacle, probably much higher than anything anyone could have ever envisioned. In 1959, Mattel didn’t just create a toy, but a key that set girls’ fantasies free – Barbie.

From there, it was clear: Mattel didn’t just make toys, it made history and molded culture and childhoods. Such an unparalleled game-changer like Barbie just had to be recreated somehow into the boys’ world. And certainly, boys’ lives were never the same after 1968, when Hot Wheels first came out.

At the time, Matchbox produced miniature cars which boys were crazy for, including the Handlers’ grandchildren. Elliot Handler saw the immense joy the little cars brought, but saw something else as well – the potential for improvement. He wanted to create something that sets boys’ imagination on fire. And that’s precisely what Hot Wheels did. By incorporating signature American themes into a refined design and bad-ass paint jobs, made all-the-more flashy by the unmatched speed which the cars whizzed through children’s eyes with, Hot Wheels became for Matchbox what Google is for Bing.

Hot Wheels were cooler, faster, more imaginative, but there was more: rather than being sold like fish out of water, they came with their very own visionary aquariums – huge track systems. To this day, the countless possibilities for reconstructing the race tracks, with all their various connectors, loops, curves, ramps, launchers and speedometers, and creating unique stunts poses a special kind of allure, a different, more personal type of playing experience, limited only by kids’ creativity and imagination.

History and Development of Hot Wheels

It all started in 1968. By then, Mattel was synonymous with toy wizardry, so even an endeavor as ambitious as taking a piece of Matchbox’s pie didn’t seem that ludicrous. And as it turned out, “Mattel” ended up with the entire pie for themselves.

Even the origin of the name Hot Wheels feels like a made-up, Eureka moment, a piece of history in the making. When Elliot Handler first met with Harry Bentley Bradley, a car designer who worked for General Motors, to discuss business, his attention was immediately captured by Bradley’s classic Southern California El Camino hot rod in the parking lot.

“Man, those are some hot wheels,” Handler exclaimed, and in the same year, 16 die-cast miniature cars were created which more than lived up to this bad-ass name.

They all featured “Spectraflame” paintwork, redline wheels, and new suspension, axle and rotating styrene wheels which made the speed difference that shot them to the top like beautiful, mini-rockets.

If that wasn’t enough, Hot Wheels’ debut was almost scandalous – their 1968 “Custom Corvette” was released before the actual car, made by General Motors, quite likely through Bradley’s connections. Perhaps a bit dubious, but nevertheless a move that blurred the line between toys and real cars, especially from a child’s ingenious standpoint.

Next year, Hot Wheels proved they weren’t a one-hit wonder and didn’t operate on shock value, showing that the 16 cars were just the first taste of a mouth-watering feast. Even though Bradley left, Mattel kept bringing talented designers of real cars on board, ensuring the authenticity of its products. Not only that, but a former missile developer by the befitting name of Jack Ryan was brought on board, contributing to Hot Wheels all-around superiority.

In 1970, kids were in for a treat. The pinpoint business instincts of Mattel were sharper than ever. Children received the invaluable chance of reenacting the most famous rivalry in drag racing history between Tom “The Mongoose” McEwen and Don “The Snake” Prudhomme through miniature versions of their respective cars. The same year saw the first promotional cars for Jack-in-the-Box, as well as the Hot Wheels Saturday morning television show. What a time to be a kid that must have been!

Mattel became an empire, but rather than basking in the afterglow of their glory, it made sure its glow is permanently powered by new, brighter business ideas and designs. In 1983, Hot Wheels were put in McDonalds’ Happy Meals and became the designated cars to ride in one of children’s favorite wonderlands. In 1985, Mattel joined forced with Kellogg, and Hot Wheels tied in with another childhood sacred ritual – the precious act of eating cereal.

It became clear that adulthood was no immunity to the timeless appeal of Hot Wheels’ sophistication and refined design. The first-ever Hot Wheels collectors’ convention was held in Toledo, Ohio, in 1987. Meanwhile, the Handlers’ success might have been of galactic proportions, but their demeanor stayed firmly down-to-earth, which paid off with their employees’ respect, and ultimately, with better cars.

In 1995, Mattel spiced things up once again with the introduction of different, thematic series, imbued with an aura of exclusivity that was especially palpable in the Treasure Hunt series. Such special editions pose a promise of self-expression and individuality that collectors and Hot Wheels enthusiasts can’t resist to this day.

Who knows what the future holds for Hot Wheels, especially in the age of rapid technological advent. Whatever it does, these cars are perhaps the first and longest-lasting proof that the appeal of games and toys of true quality not only doesn’t fade away with age or time, but can even evolve from a form of entertainment into a form of lifestyle and cultural movement.