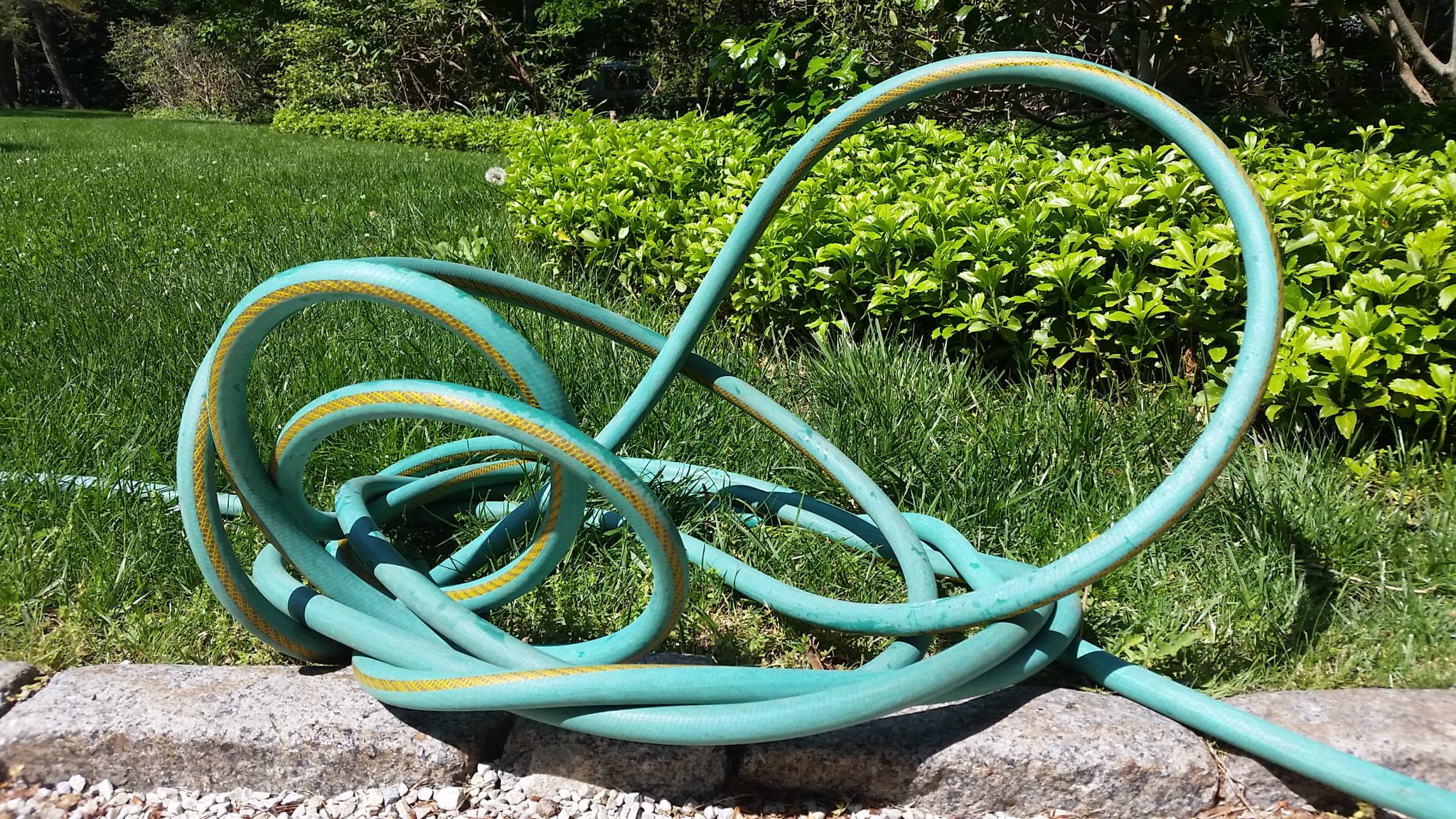 Wranglin’ Up a Knotty Hose: Or, “How I Came to Find Patience”

Every man has their own personal hell, and mine is untangling an ever-knotted garden hose. There’s a terrible frustration incited by that rubbery resistance kinking left when I flex it right. Water sprays when I open the spigot and, I swear to you, it snickers every time. If you haven’t worked with garden hoses often, consider yourself lucky, but it’s a fair shot to say that we all have something we wrestle with in our daily lives that drives us bonkers.

My garden hose is another man’s bug-ridden software, and it is the coffee machine that leaks grounds into your drink, and it is the morning commute. The source of these frustrations and annoyances is a lack of patience. It’s the little things in our day that interrupt the flow of efforts and intents, and those tiny interruptions take the greatest toll on our patience.

In my journey it has become apparent that as long as I spend time in the garden, professionally or at home, I will be around a hose. And that means I’ll be untangling these bastards for the rest of my life. It’s the thorn in my lion’s paw, and I want it gone. For years I have been searching in vain for the ultimate hose to solve this dilemma, looking for a fix that will remove this stubborn stabbing thing from my foot.

But what if I don’t need to remove it?

The warm weather this spring has forced me to bust that hose out of retirement. That means solving the equivalent of a rubber Rubik’s cube at least a few times a season, except this one sprays water at you and soaks your shoes when you least expect it. I opened the shed door and groaned a grunt of dejection when laying eyes on that hideous thing. It seems to get heavier every year, and the amount of wear and tear I put into it has no impact on its rigidity or likelihood to coil back into a Gordian knot. But this time…

Well, this time I took the hose out, and I dropped it on the ground in front of me, and I picked up one end. I started untangling it. And that was it. I simply untangled the thing. The exercise became a meditation, and I was intent on accomplishing this task with the least amount of thought possible.

Well, this time I took the hose out, and I dropped it on the ground in front of me, and I picked up one end. I started untangling it. And that was it. I simply untangled the thing. The exercise became a meditation, and I was intent on accomplishing this task with the least amount of thought possible.

Before long I was hooking it up to the spigot and watering my tomatoes and peppers. I didn’t even mind the wet socks.

It was a point of clarity that the hose wore out my patience because I allowed it to. That opened up something even deeper; what if patience isn’t a finite pool of tolerance, but is instead a quality to make ironclad through daily testing? This epiphany made the thorn in my foot seem more like a boon than an annoyance. Suddenly the tangled hose I unravel isn’t an excuse to vent frustration, it’s an opportunity to strengthen my patience.

I gave up on my search for the ultimate hose because I don’t need it anymore. Unraveling these things will always be a pain in the ass, but it’s something I’m grateful for now. Practicing patience is a regular opportunity to forge myself into a better person.

Just remember you heard it from me first.