This is a paid placement in partnership with Columbia Crest Winery. The opinions and text are all mine.

Well, the day finally came; my bottles of  2014 Crowdsourced Cabernet™ Sauvignon arrived just in time for summer BBQs and family gatherings, and even though they spent a short time in the collection, were a welcomed addition, to say the least.

When Columbia Crest Winery announced this new crowdsourced idea, we thought it to be a bit crazy, but extremely lucrative to the industry as a whole. Watching their progress over the expanse of the program has been amazing, especially seeing just how hands on head winemaker Juan Munoz-Oca has been with all the fans. The amount of knowledge and experience he shared with everyone has been incredible, and as the winery pushes the program into the 2015 vintage, I know it’s going to drive the lasting impact. 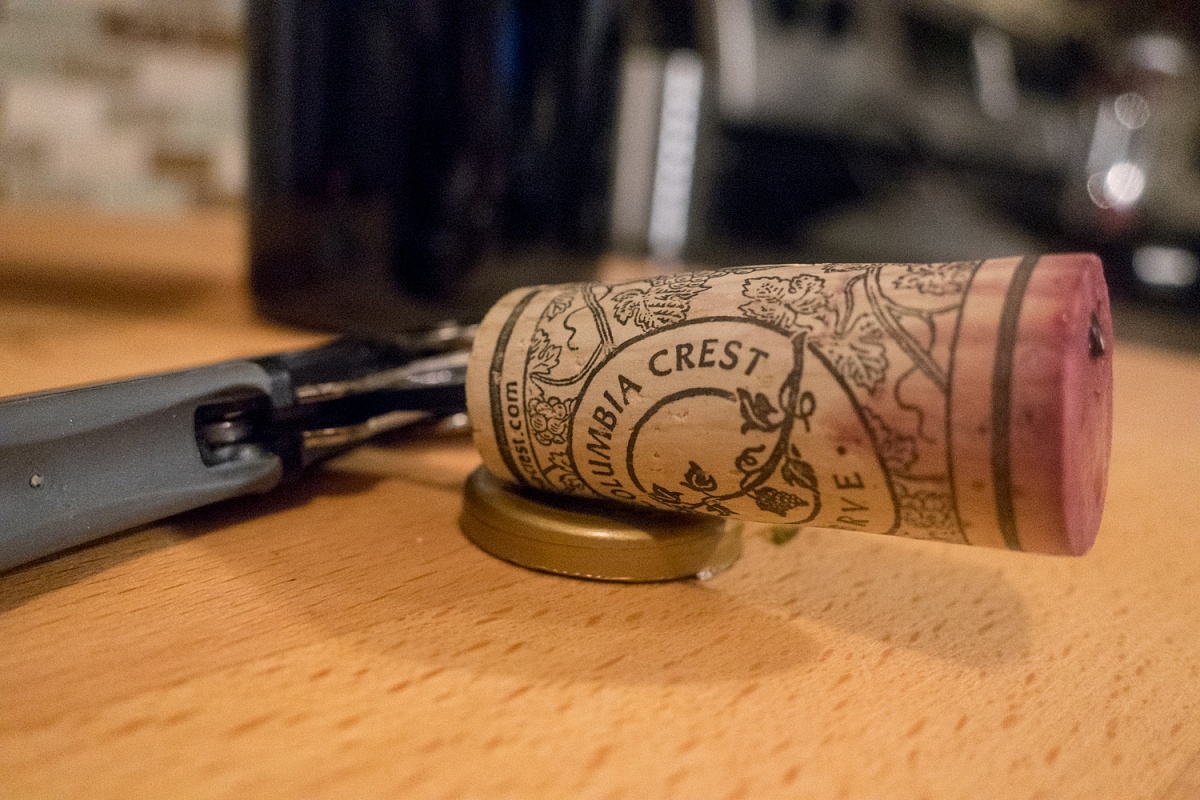 So let’s talk taste of the Crowdsourced Cabernet Sauvignon. Right off the nose, you can tell this is a deep wine. Hints of dark cherries and a little tobacco fill the air, and as the wine breaths, they let go of some herbal notes. On the tongue, the flavors transitioned over to a hint of dark chocolate and berries, all paired with an incredible texture and mouth feel. The final note is bright, with a slight spice bite in the back of the tongue that really hits the cab-sav note perfectly. 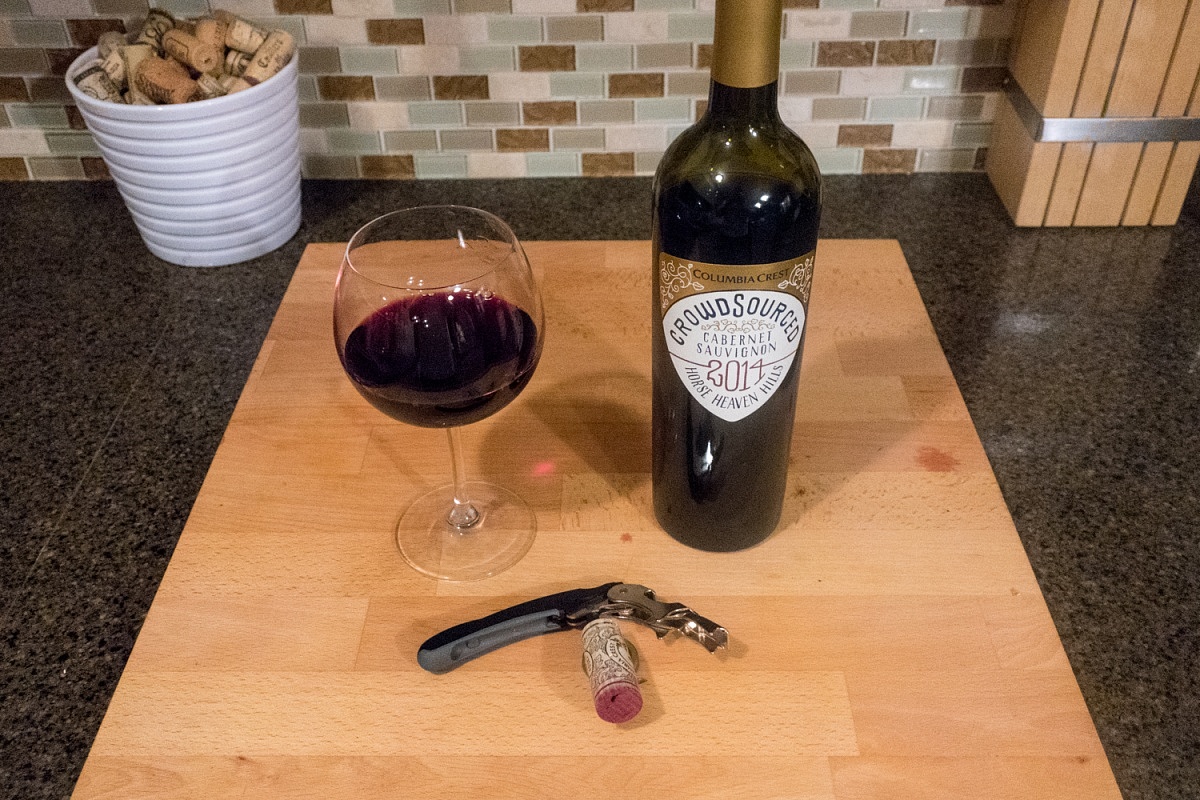 The Crowdsourced Cabernet Sauvignon about to be enjoyed next to the cork’s final resting place.

Am I surprised? Well, yes and no. Yes because it’s a crowdsourced campaign, and typically hands-on decisions were passed over to the voters. On the other side of the spectrum, with Juan Munoz-Oca acting as the advisor it came to no surprise that the whole process created such an incredible bottle. And for its age – 18 months – the wine felt far more complex than others in a similar vintage and price.

Pairing it with some slow cooked pork for the first bottle, I found it to pair up nicely with the mild flavor, but not overwhelming the palette. And afterward, sitting on the patio with family and enjoying the evening, the last of the bottles brought the perfect evening to an end. And as I watched that last drop poor, I felt a tad disappointed knowing that the 2014 Crowdsourced Cabernet™ Sauvignon was done for me. Then again, there is always the 2015 vintage to look forward to, a new adventure of flavor to explore.

Don’t miss your chance to get in on this innovative wine.  Head on over to the Crowdsourced Cabernet and pick up a few bottles for $30 each. The 1,000 crates will be gone faster than you know.

For more information and to participate in the virtual winemaking experience visit,CrowdsourcedCabernet.com.