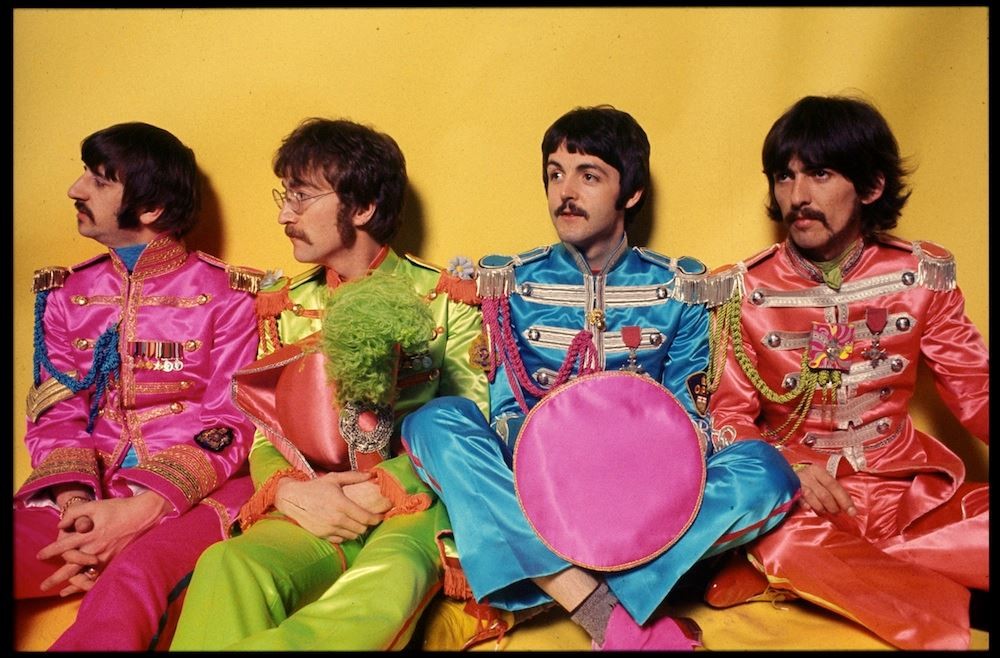 It was 50 years ago today that The Beatles’ Sgt. Pepper’s Lonely Hearts Club Band first started teaching the world’s would-be bands how to play. Well, June 1st will technically be the day, but generally speaking, 50 years later, The Beatles are still the band to beat for Greatest Ever; and Sgt. Pepper’s is widely regarded as their penultimate work, though some wayward Abbey Road purists might argue till their faces turned technicolored blue.

As much as we all love that 1969 effort, it pales in importance to the watershed musical moment that happened when yet-to-be-knighted-producer George Martin and The (yet-to-be-knighted) Fab Four became the center of the creative universe during the 1966/67 Sgt. Pepper’s recordings (in Abbey Road Studios, mind you). If we’re talking about how important an album remains for all the music that came (and still comes) after, it’s hard to make a case for any album being more earth shattering than Sgt. Pepper’s. While I am prone to hyperbole, I don’t think I’m being so here. But I am on LSD.

Okay, no I’m not, but I am listening to track 3 “Lucy in the Sky With Diamonds” right now, and there’s no way to do so without being transported to some higher place. A lot of that has to do with the sonic imagery they created in those lysergically dipped late ‘60s’ days. Music and lyrics work as one to psychedelically place you smack dab in the culture clash of 1967, the modernity of the Mellotron fusing dreamily with classical themes beckoning far beyond rock n’ roll.

Amazingly, all that transportive imagery is on purpose. According to Giles Martin (via EW), George’s son who just helped oversee a sweet new 50th anniversary reissue: “It was a sea change for the way things were recorded. They wanted to paint pictures with sound and create a world that they couldn’t perform live.”

If you want to get technical, the first songs recorded as such were “Penny Lane” and “Strawberry Fields Forever.” Though those two perfect paintings were released as 7-inch singles and didn’t make the final album, they laid the trippy groundwork for what came next. And that quote really gets to the heart of what The Beatles did with Sgt. Peppers. The huge, loving, otherworldly, yet ultimately human expanse of The Beatles’ imagination has never been in more full, creative bloom. The confluence of such creativity, and the reckless abandon they exhibited in pursuing such daring dreams, showed the rest of the world’s musical artists just how big their palettes could be.