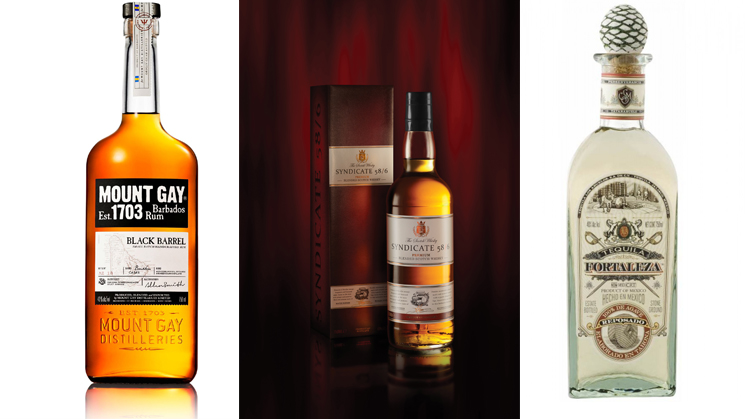 Enjoy Your Liquor Neat (Or On The Rocks)

Most men tend to evolve into scotch drinkers and while some will genuinely develop a taste for it, it’s my belief that for many it’s the perception of class they want more than the liquor. But that’s the thing about alcohol, no matter the type it carries with it certain connotations: beer is for men, wine is for women, champagne is for special occasions. While certainly none of this is true the worst belief associated with liquor is that not all are to be sipped and enjoyed in the same manner scotch is by people.

I’m as guilty as the next person of seeing someone get a tequila rocks or vodka neat and passing judgment, but that all changed when I had the pleasure of sampling Mount Gay Black Barrel rum. I was in the camp that rum should be used for Tiki style drinks, but then again I’d only had garbage rum that required copious amounts of sugary mixers to hide the taste. Needless to say I was skeptical when I was told this rum could replace whiskey in classic drinks like a Manhattan, but sure enough it did and it was better than an original (disclaimer: I don’t like whiskey based mixed drinks, just a couple cubes). Then came the moment of truth, rum neat. Swallowing my initial gag reflex, as all my prior mistakes were trying to escape, I took a sip, held it in my mouth and reluctantly took it down, but for the first time in my life this reluctance stemmed from enjoyment. A door was opened and there was Gene Wilder singing to me, “come with me / and you’ll be / in a world of pure imagination.”

I suddenly had a lot of living to do and next up was to take on my arch-nemesis, tequila. My tequila experience is different from rum in that I’ve had ones I’ve regarded as nice, such as Patron, but I was left speechless by the tequila a friend chose for me to sip. It was as though it was a new type of liquor altogether and my biggest regret of the night was that I can’t recall the name on the bottle in that dark basement bar.

And while my life was forever changed during this week span and my palate awakened to flavors never before experienced my love of scotch persevered. It’s not just the taste, but also the accompanying historical aspect. It’s like reading old literature where the historical context is equally as important to the words on the page. A glass of Syndicate 58/6 over a single cube tells a story of slightly fruity notes on the tongue. While the story of re-discovered casks in Edinburgh and a recipe dating back to the early 1800s stimulate my mind.

Experiment with different liquors and don’t be scared to spend a little more money. No matter what you’re drinking at the end of the night you‘re only going to be left with the memories of the evening. So you might as well go outside your comfort zone and try new spirits and learn about their rich history along the way.