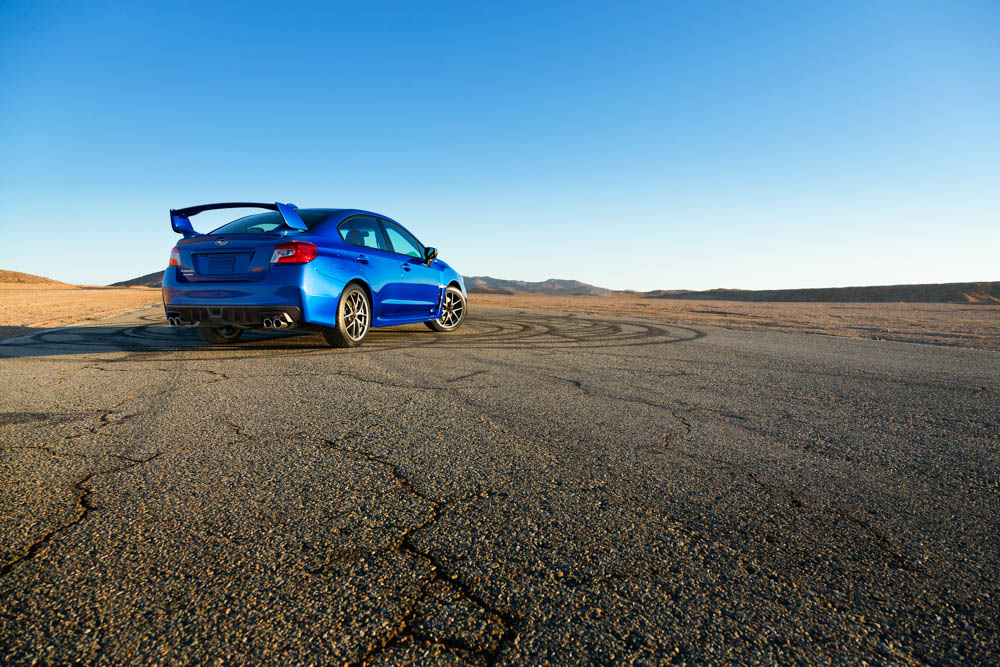 The Subaru WRX STI has legacy, there is no denying that.  From the tracks to the trails, open roads to flying through the air, this car has always been built for adventure.  A vehicle that retains its value year over year, is inexpensive to modify for great return, and truly is a high-bar in the automotive world, often times this family of vehicles is set as the goal for other manufacturers to reach.

But for the longest time, the STI has not really been known for more than that.  It wasn’t the first car to come to mind for a family ride or comfortable date night.  It certainly was not the head turning vehicle that weekend warriors looked for, and honestly, is so often related to street racers and younger generations, it is overlooked as a daily by the elders.  But for 2015, I would dare to say that has changed.

I was first introduced to the STI heavily while I lived in Japan, and while the vehicle was an amazing specimen on the streets, I always found it lacking in comfort.  Even for the amazing roads overseas, the ride was always rough, engine a bit harsh, seats horrible, and once it hit the modded category, it went a bit down hill.  Amazing, but not my dream car.  I thought I wanted one for a while, but I could not get passed those issue or the ricer-boy stigma.  It wasn’t for me then, but it might be now.

While maintaining the core features that have made this car amazing, from the boxer motor to the amazing differential, the new 2015 Subaru WRX STI left me impressed, wanting more, and enjoying every moment in the ride.  While the shape and styling are very distinctive, especially with the large table as a wing in the rear, the interior finally has the quality improvements that generations passed lacked.  From top down, the dash controls and information provided are easy to read, all framed by a solid dash that doesn’t have the thin plastic feel to them.  It’s no longer a hollow sound you hear when you hit a bump.  The seats are comfortable, even for racing fit, and overall the drive is easy when on the road for a while, but adapts well to the twists and turns its thrown into.  It was enjoyable in every way, which is more than I could have said for my past experiences.

That’s all great, it really is, but some fear that with all these ‘luxury’ improvements that the ride, the king of the rally, has lost touch with its legacy.

And that could not be further from the truth.

The 2015 WRX STI has surpassed the legacy vehicles, and with the inclusion of all the amazing rally technology, I would argue that Subaru has done more to introduce solid performance vehicles to a growing market, and the packed technology shows that it can all be affordable.  No longer do you have to buy a STI and head to the show to get a boost gauge and metrics computer installed, or research the newest trick diffs.  Those were great times, don’t get me wrong, but to buy from the factory an amazingly well balanced and feature packed sedan and be able to track it the next day sounds amazing to me.  This vehicle is making that technology accessible, and just as it got so many hooked on AWD in the past, it will get the consumers looking for more in the future.

That’s what makes this ride so amazing.  Here is something I can commute in comfortably, drive my family and friends around in, and even pick a date up for a classy night out.  But the next morning, I can hit the trail a hard, get the paint covered in dirt and mud, and know that the vehicle will be able to make it home safe and comfortably.  It’s a Jeckle and Hyde situation, a multi-tasking ride of sorts, that proves itself from the start.