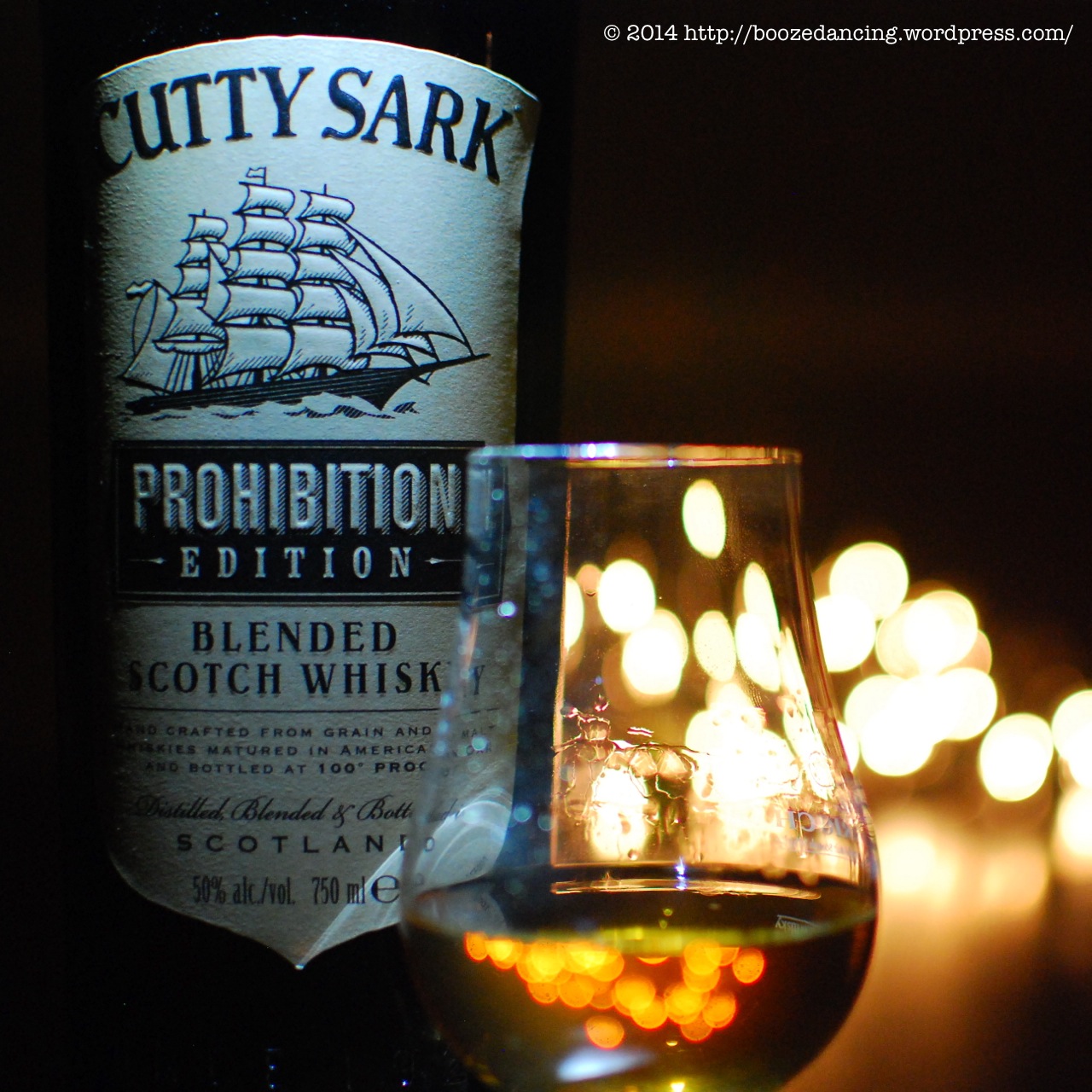 Eighty years, three months and twenty-three days ago, the 21st Amendment to the US Constitution was ratified. This amendment repealed the 18th Amendment and marked the end of Prohibition, a 14 year period where the manufacture, transport, and sale of liquor was outlawed in the United States.

To commemorate this important moment in our booze loving country’s history, Cutty Sark recently released a new blended Scotch whisky which they call the “Prohibition Edition”. Here is a bit more information about this new expression which was taken directly from their website:

Released 90 years after the end of the era which it celebrates, Cutty Sark Prohibition Edition has been crafted as a salute to the notorious Captain William McCoy, who smuggled Cutty Sark blended Scotch whisky into America during the Prohibition era of the 1920s.  Captain McCoy’s impeccable reputation for fairness and dealing only in the finest, genuine and unadulterated liquor gave rise to Cutty Sark being referred to as “The Real McCoy”. Prohibition Edition is bottled at 50% ABV (100 Proof – USA Measure), whilst our regular Cutty Sark blend is 40% ABV. This is a “small batch” blend of the finest single malts and top-quality grain whiskies.  Hand-selected American oak casks give subtle signature flavours of vanilla and citrus fruits, whilst the overall flavours and finish are extremely smooth and thrillingly complex. The black glass bottle has a cork seal – reflecting the traditions of the time.

And now for our thoughts on this whisky…

Limpd: In a bit of a panic purchase, my mom had grabbed a bottle of Cutty on her way to my house one Christmas. While this might not have been my preferred blend, suffice it to say the contents were thoroughly enjoyed and the bottle properly recycled. That said, the Prohibition edition is leaps and bounds beyond Cutty. Maybe it was the higher ABV; maybe it was the healthy pour, but this was a surprisingly good blend. Not overly sweet or peaty or briny, just a nice blend of flavors and a really nice finish.

G-LO: I gotta admit, my expectations weren’t very high for this whisky. While there’s nothing really wrong with standard issue Cutty Sark, it’s a bit too light for my taste. Thankfully, the Cutty Sark Prohibition Edition is a completely different animal. Given it’s suggested retail price of around $30/bottle, I’d say that this is one hell of a Scotch whisky bargain. And when you factor in the relatively high octane and smooth, rich flavors, this is an absolute steal! I really like this whisky and would definitely buy a bottle.