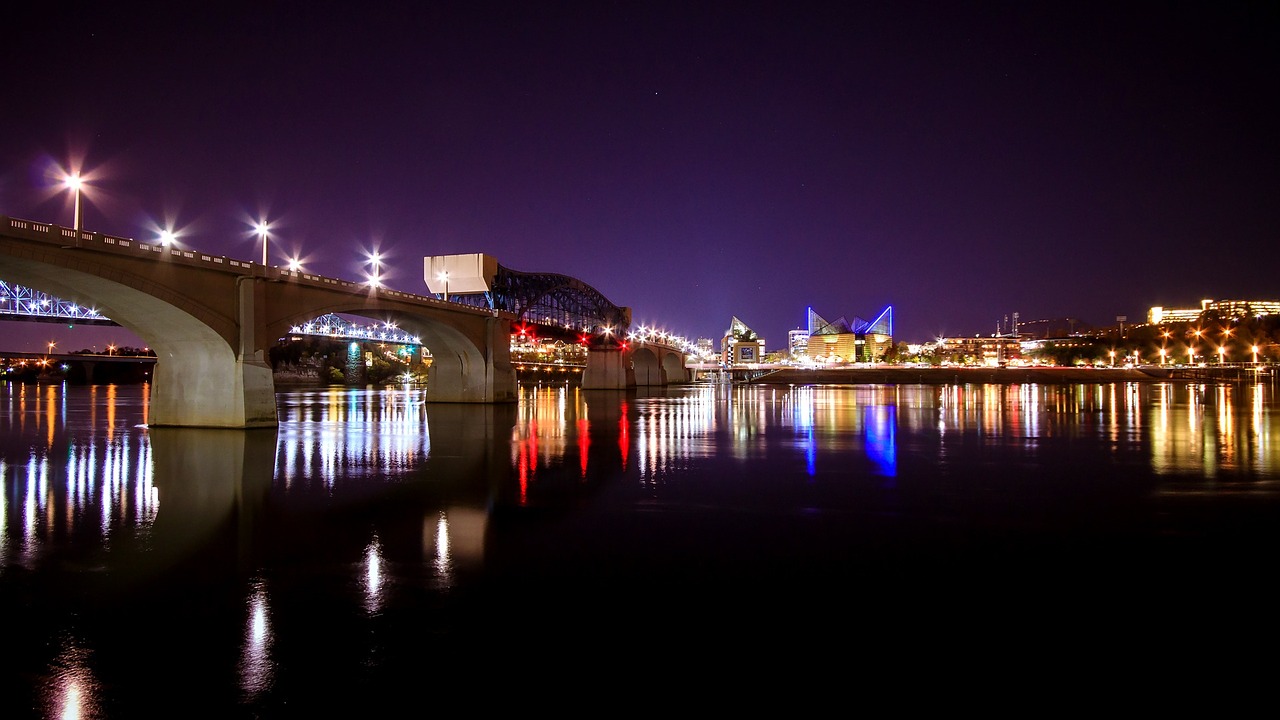 Bridge Over Tennessee River in Chattanooga

Chattanooga, Tennessee Is the Coolest Outdoor City You’ve Never Been To

Mention Chattanooga among “must-visit” travel destinations and you’re likely to be met with blank stares. Yet, this pint-sized (population: less than 200,000), under-the-radar city is among the best in the U.S. for outdoor and nature lovers. It’s the sort of place where every other car on the road has a roof rack, loaded to bear with kayaks, bikes, paddleboards, or all of the above. It’s also the only city ever to be voted twice as Outside magazine’s Best Towns in the country, which should provide some insight into its adventure-centric cred. Here’s why.

Among the many reasons to visit Lookout Mountain (hiking Point Park, spelunking to Ruby Falls, Rock City, etc.), it’s home to the largest hang gliding flight school in the world. Since the 1970s, the school has trained more students in the sport than anywhere on the planet. The crystal clear weather and optimal wind conditions are ideal for novices looking to get into hang gliding for the first time, or for anyone seeking a path to solo certification. The school even offers lodging for students who want to spend days or weeks onsite to fast track their in-air education.

A River Runs Through It (Literally)

The fact that the city is technically landlocked — well, it lacks an oceanfront anyway — shouldn’t deter you. The Tennessee River stretches from Knoxville through East Tennessee (including Chattanooga) and onward to Alabama. Along its 650-plus miles of waterway are ideal spots for kayaking, paddleboarding, canoeing, swimming, and … pretty much anything water-related. The docks along Chattanooga’s waterfront mean boaters can dock right downtown and paddlers can put in without ever leaving the city.

The Colorado River, Idaho’s Salmon River, and Oregon’s Rogue River all get plenty of coverage among glossy travel brochures for their world-class whitewater rafting opportunities. So, most travelers are surprised to learn that some of the country’s best rafting is actually less than an hour outside Chattanooga. The controlled release of water by TVA (the state’s power company) ensures that the flow of the Ocoee River is predictable and guarantees consistent Class III and IV rapids on every scheduled outing. Ocoee Rafting has been running the river for more than 40 years and can provide everything you need — including gear, guides, and transportation — for a day on the water.

Add to all this the fact that the city has culturally come into its own in the last decade. Coffee shops, record stores, world-class restaurants, and brewpubs are popping up on every corner. Plus, it’s still one of the cheapest small cities to visit in the eastern U.S. Which all begs the question: why haven’t you visited before?