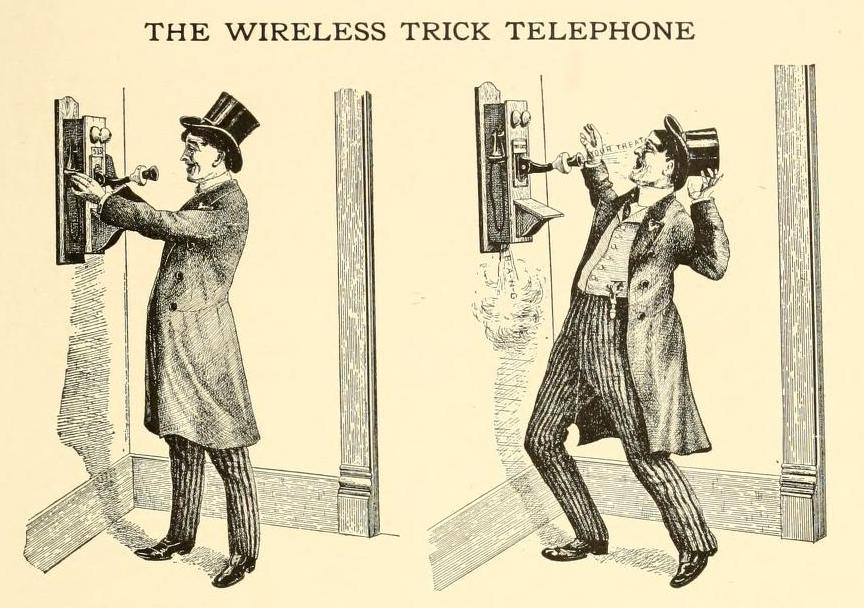 Celebrate a college tradition and go prank someone

College is a time of discovery, of learning and growth, of experimentation, and of finding oneself as you grow into the adult you probably never pictured you’d become. It is also a time of pranking your dorm neighbors hard. That’s really what I’d like to talk to you about today – as we all recline with stomachs full of, frankly, insane foods, or ears full of, frankly, insane relatives, and we begin to ponder what the hell you are going to do with your fat self in 2015. Let’s step back together and enjoy the lighter things in life. Things like causing massive property damage and nervous ticks in others.

‘Twas my second year of university (exactly which one shall remain unnamed for legal reasons), and all through the dorm there was a rumbling that the boys in room 405 were troublemakers. I lived in 405. The general consensus (while not true, very flattering indeed) was that if we were not responsible for any particularly heinous act, we knew who was. We were constantly in a prank war with one room or another, but none was so vicious as our weeks-long struggle against the all-girls room directly above us. The dreaded 505.

While hardly the worst thing we ever did to them, one night stands out in my memory as likely causing the most property damage to both them and the building as a whole. It was early days in our fight against the 505, and everything was still kept relatively fun and flirtatious. It felt strange, stressful and thrilling at the same time. Or maybe all that means nothing and life is a pointless nightmare. Hard to say really. Regardless, this prank changed all that.

At the time, the Iraq War 2.0 was raging hard and Shock & Awe were still buzzwords on every news program. Being good little college students, we men of 405 took this inspiration and incorporated it into our prank war. Tonight would be our Shock & Awe against 505. But the dorm room inhabitant doesn’t have access to a very broad arsenal, so we looked at what we had and decided a recreation of Noah’s flood was the way to go here. Water he had, buckets we had, and a total lack of responsibility we definitely had.

Our (brilliant) plan was as follows:

Step 1: Fill two 5 gallon buckets with ice water
Step 2: Secret one of the buckets up to the 5th floor
Step 3: Lean this bucket at a 45 degree angle against 505’s door
Step 4: Lean the second bucket full of water against the elevator door on the 4th floor.

We were going to knock on their door, enjoy the sound of screaming as they opened the door and spilled gallons of water into their apt, then book it down the stairs in time to watch the now furious girls disembarking from the elevator to yell and us and have the second bucket tip over and freeze their feet again. That was the plan. It didn’t work that way.

We began by setting up the second elevator bucket first, and that was easy. Then up to the 5th floor and the moment we felt we had the angle perfect against their door and let go of the bucket, it immediately fell down and deluged under their door and into their room. Panic. Pure panic and adrenaline as two of us froze, looked at each other for answers neither was prepared to volunteer, and then sprinted down the hall and into the stairwell. It’s okay we told ourselves, we still have the second bucket. Like any adolescent males, we assumed a pose of self-satisfied smugness across from the elevator and waited for our second bucket to run its course. At least this one worked, and it was perfect. As soon as the doors began to open, and a pair of very angry young women were charging at the spreading doors, our second bucket spilled over and drenched the whole elevator floor in ice water. Sprinting again until we were safely locked back in our room away from the curses and yelling of our nemesis.

Giggles were had, and with no immediate repercussions our lives returned to normal that evening as we went on with our business of generally being drains on society. In fact, a couple hours later around 2am we jaunted off for a trip to the store (for $1 Totino’s frozen pizzas and off-brand soda, ‘natch) and got into the elevator. Who do we happen to see when the doors part but a University maintenance man with a giant fan and extension cords also headed down. This is too much, and I strike up a conversation with him. “What are you doing out, working this late?” “Oh, some jaggoffs poured water all over the floor up on 5 and here in the elevator…” I put on my best act and looked down, completely shocked that the carpet in the elevator was sopping wet. “That sucks man. I’m sorry you have to be out so late because of some assholes. Yelp, see you later!”

Turns out it wasn’t just the maintenance guy’s night that we ruined. You see, apparently some people keep valuables that shouldn’t be wet right next to their front door, and if 5 gallons of ice water come rushing under the door those same items tend to get ruined. Who knew? It is stories like this that immediately spring to mind when I come across companies like ProtectYourBubble.com that are offering dorm room insurance (hey it even protects against water damage!). Clearly, this is a must for any involved in dorm room prank wars. I had never even heard of dorm insurance, but damn if it wouldn’t have made my life easier (and probably more reckless) if I knew I had a safety net.

But I digress. The girls of 505 didn’t have insurance, they were pissed, and the war escalated. One thing led to another, doors were lit on fire, school administration was involved, you know how these things go. Eventually one of us shacked up with one of them, and a truce was called while puppy love was pursued. The great Floor Wars were ended, and our property and school records were better for it. To all you college pranksters still out there, keep the spirit alive for those of us that came before.

Protect Your Bubble makes it easy to protect the things that matter most to you, with easy to use services, to personal care when you need it most. Visit ProtectYourBubble.com to learn more and protect what matters most to you!

This is a sponsored conversation written by me on behalf of Protect Your Bubble. The opinions and text are all mine.