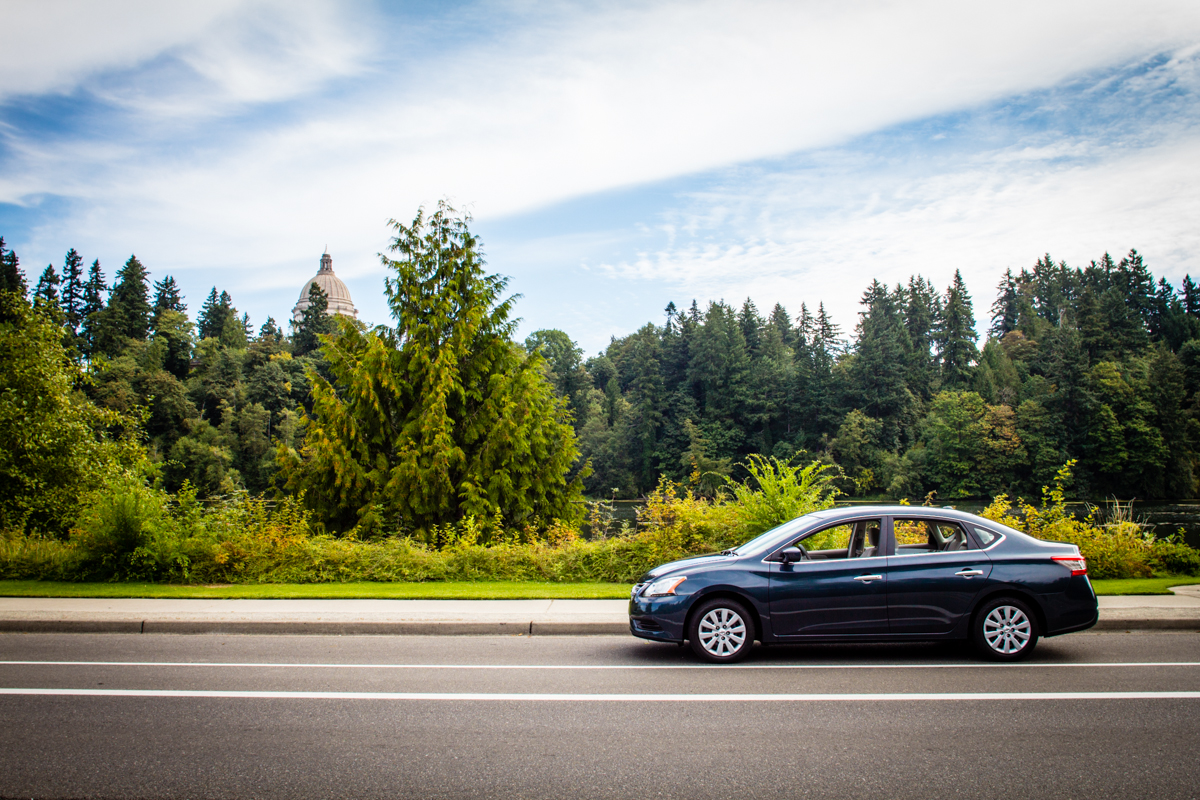 A color study of Olympia, WA

I have traveled the world, have lived in amazing countries, and witnessed scenes that would take hours to full describe to the average traveler.  From Asia to the Middle East, I have fallen in love over and over with cultures, smells, and colors outside of the United States, sometimes becoming that traveler that feels more at home on the road than in his own piece of the world.  But as I began to settle down in the American lifestyle, I found myself yearning to find something within my borders.  I did not know what that something was, but my heart told me it was out there.

The opportunity arose one weekend, to fly out unexpectedly to Olympia, Washington and witness an old friend get married.  With most of my previous travels being focused on work, the destination, and activities surrounding the trip, this was one of the first times I was showing up with little plans, and an open road ahead of me.  And with only 32 hours to truly get lost in a city I never met, I knew I better do it right from the start.

Meeting me at the SeaTac airport was the new Nissan Sentra, a car I was only familiar with in passing, and often not one that caught more than a passing glance in the past.  Admittedly, I was not a big fan of Nissans in the past, and looked at the ride in front of me with neither excitement nor hesitation; it was merely the vehicle I was to go exploring in.  But, as I hit the road, I found this ride deserved more than that passing glance as it would ultimately become the foundation of the trip.

I realize that a 60 mile journey from the airport to the destination might not be much, but it is enough to set the tone for the coming 32 hours.  Hitting the highway, I merged into what could only be described as the friendliest and least stressful rush hour traffic I had ever experienced, with little to no aggravation from my fellow drivers.  I even came to realize I was the aggressive one of the road, and did end up toning it back quite a bit.

Finally arriving in Olympia, I felt ready to explore the town, hitting up the Trader Joes for some mixed nuts and then wandering down to the docks and waterfront.  The roads weren’t that smooth as I headed down the hills, but aside from the occasional big bump, none of it was a concern.  The roads wound around the little town with crosswalks seemingly every five feet, and road divots designed to slow you down in between.  Again, barely a concern.  As I followed some unknown road, I came upon the farmer’s market right off the water and knew I wouldn’t be leaving for a while.

The colors.  The smells.  I can only wish I could properly describe them, put the words to paper that would share with you the experience of this little market.  By little, I mean packed, bright, expansive, and amazing.  The workers behind each stand welcoming with a smile, offering a taste, and expanding my visual pallet with colors I could only have dreamed about.  The produce looked too good to eat, and the flowers seemed to pop off the stem a sense of excitement.

I felt myself starting to fall in love at this little market; the hours I could have spent wandering each stall, trying and buying the produce and fresh made goods, and taking in the sweet sea air mixed with the pine from the surrounding forests, a wave of comfort rolled over me.  I now knew why so many people loved the area, raved of the people and the culture.  This melting pot of people, bringing their vibrant cultures in to one home, felt perfect.  A whiff of curry from the stand by the water, then mixed with the spices from the Mexican food cart in the middle, the smell of meat being smoked on the other end.  It mixed together in the air in a perfect perfume that perfectly described the area.

After a few hours and a few purchases, I got back in the Sentra to start exploring the hills surrounding the water.  Climbing up with no issue, stopping on the steep with barely a hesitation, I felt at ease exploring and getting lost.  The colors surrounding, the green pines popping off the grey blue canvas sky, all came together in a masterful art piece that was visually intoxicating.

As I continued my journey to get lost, I came to the realization about the  new Nissan Sentra.  It is not fast nor truly visually stunning, but she is nimble, quiet, and most importantly, very comfortable.  For any average drive those are important points, and this little car showed it was meant to be taken a bit more serious than I had.  Thinking it to be another eco-box 4-door sedan, it caught me off guard with everything from the amenities to the space inside, and the overall build quality being a massive improvement.  The looks as deceiving, a bit on par with Nissan’s other mid-range lineup, and showed that the designers were focusing on comfort.

While I would not say it to be the perfect ride for me every day, for my adventure it filled it perfectly and has become my road-trip vehicle of choice for quick trips like this.  The drive, not overly dramatic, was comfortable and allowed me to focus on the surroundings in this amazing small city.  It was easy to parallel park, and even simpler to drive.  The connection with the road was there, with enough feedback to still feel in control.  The Bluetooth, XM radio, and hands free controls, all packed into an economy friendly ride, showed that it was possible to be comfortable and feel safe without compromising on amenities.

As for Olympia, Washington, I was in love.  In the 32 hours, I had found the colors, smells, and culture I had been seeking throughout my travels, and all withing a few hour flight from Denver.  As I headed back to SeaTac, I found myself feeling like the United States was once again becoming home.

A special thank you to Nissan USA for providing the 2014 Nissan Sentra for the weekend trip.