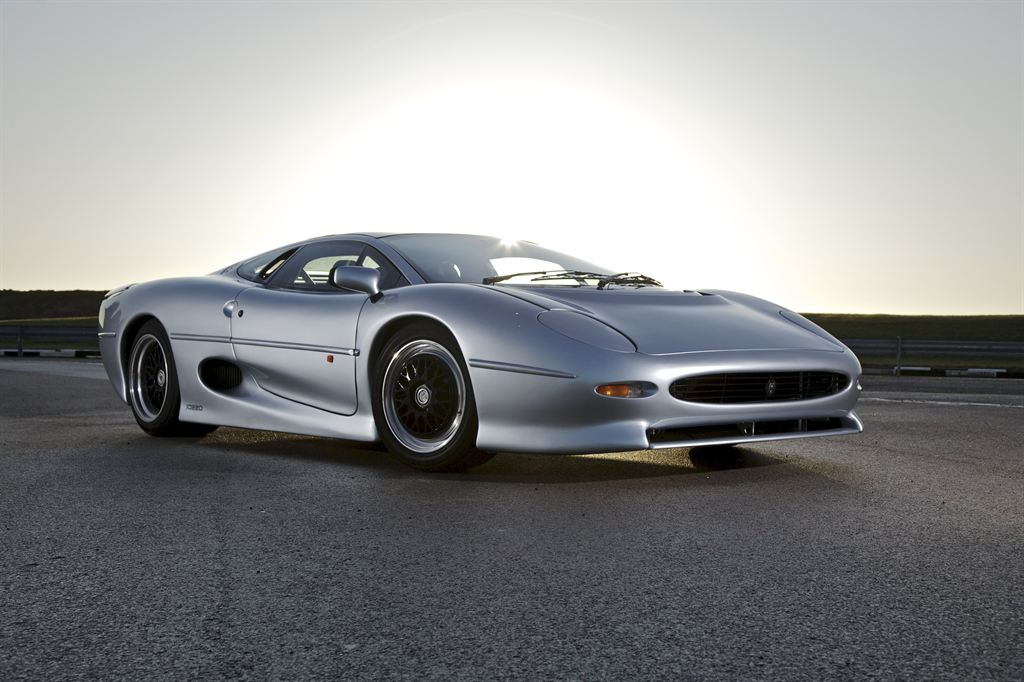 How does a car brand say it’s going to eat the competition? It names itself Jaguar. This car brand taps into the dream of an impossibly cool villain that lives in most of us. Jaguar drivers want to feel like deadly but graceful predators you can’t help but admire.

Charlie from Two and a Half Men: The Quintessential Jaguar Drivers’ Dream

Characters on screen may be exaggerated, but their signature traits are anything but random. Just like Charlie Harper’s Jaguar.

Charlie’s Jaguar was somewhat of a mystic figure, a symbol, only mentioned in passing but never actually shown. Jaguar was the cherry on the sumptuous cake that was Charlie’s life – a life, in his own words from the very first episode, in a Malibu mention, where he makes lots of money for very little work, has casual sex with a plethora of beautiful women, and has a beast in his garage. Add a charming degenerate who gambles and drinks like there’s no tomorrow, yet somehow, there’s always a tomorrow, and it’s even better than yesterday.

Charlie is basically a hyperbolized, romanticized version of the stereotypical jaguar drivers, who are young retirees and have all the time in the world to play gold and enjoy life.

One of the beloved show’s most classic scenes is when Charlie composes a ballad for his Jaguar, which is threatened to be taken away as he faces sudden bankrupt. The Jaguar is the very symbol of everything his life is – wealth, luxury, pleasure, and luck.

Of course, a brand’s identity is largely a predictor of its consumers, or in this case, of Jaguar drivers’ personality.

Boldness and grace make for a unique animal.  Jaguar is somewhat of the classy villain of the animal kingdom. And Jaguar’s brand identity captures that perfectly.

The print ads from the classic age of advertising with slogans like: “Nobody’s Pussycat” and “Domesticated. Not declawed” send a clear message: jaguar is unabashedly naughty, yet classy and graceful, like a femme fatale every man dreams of becoming prey to.

On the note of the classic age of advertising, Don Draper from the iconic show Mad Men had to pitch Jaguar, and despite being fictional, his idea, captioned by the slogan “At Last. Something Beautiful You Can Truly Own” captured the attention of actual Jaguar executives.

Modern Jaguar campaigns with slogans like “It’s good to be bad” and “Welcome to Our Jungle” continue Jaguar’s legacy of boldness, but give it a classy villain spin, especially with actors like Tom Hiddleston and Ben Kingsley behind them.

Even in its more playful manifestations, Jaguar’s brand identity is still as bold as ever, even cheeky. A perfect example is how the brand gets away with openly mocking competitors in its “Devour the road” campaign – something extremely hard in the advertising world from a purely legal standpoint.

A Taste for Life

What sets Jaguar drivers apart from other luxury car brand owners is that they view the finer things in life less as material possession and pleasures and more as experiences.

Jaguar’s manifesto says it all, and does so beautifully:

THE ART OF PERFORMANCE

Life. It’s not about figures. It’s about feelings. The moments that feed your soul. The occasions that take your breath away. The instances that leave you speechless. These are the moments we live for.

That’s why our designers and engineers at Jaguar develop a blend of responsive performance that gets your pulse racing, dramatic design that makes you stop and stare and a sense of theatre that stirs your emotions.

Our cars are a manifestation of our passion. Performance that cannot be measured, only felt. That’s why we call it art.

A Taste for History and Legacy

Another staple of Jaguar drivers is their affinity for the brand’s rich history and legacy. A testament to that is Jaguar Classic department, which keeps the brand’s legacy alive through authentic restorations, sourcing of pre-owned classics, tours of facilities, and more.

In other words, Jaguar drivers are connoisseurs rather than ones to fall for the bandwagon effect.

You can check out the rest of this series with our articles on BMW drivers and Audi drivers.