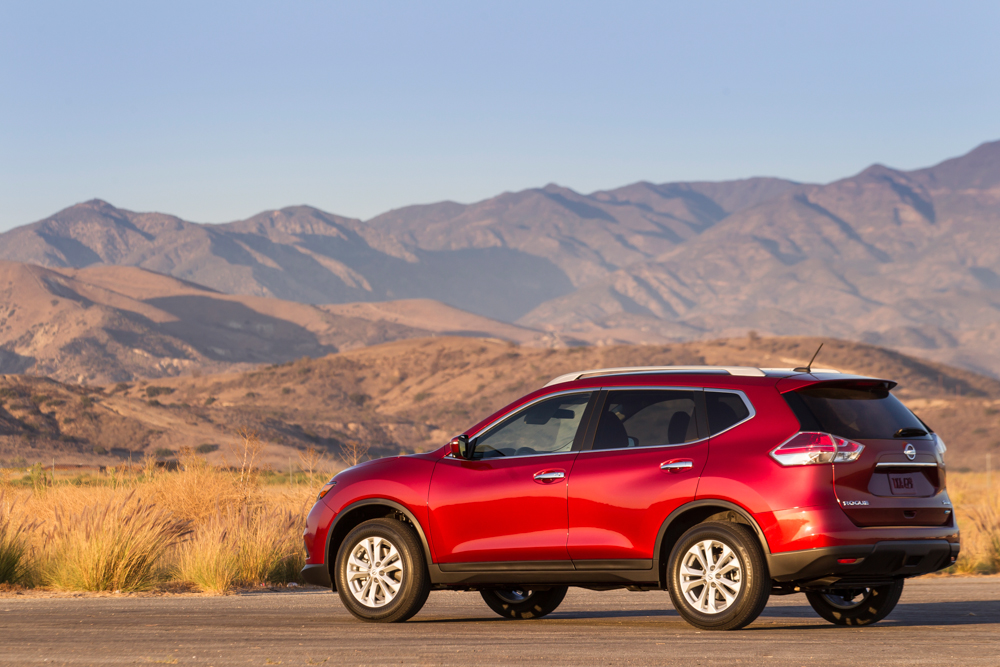 A Swing And A Miss For The Rogue

I get it.  Car names are often thought up to bring the customer in and make them excited about the newest ride.  Most of the time, these names fit (somewhat) into the vehicle’s design and purpose, while other miss the mark.  This does not make them bad vehicles by any means, but more of a defined marketing ploy to help deliver the excitement of the new vehicle that is hitting the showroom floor.

I remember when the first generation Nissan Rogue was announced and shown off.  It had unique styling, that while boring, made it stand out.  The pronounced, thick grill was noticeable, and the headlights gave off a bit of a bug look to it, but you knew it was what it was.  There was no mistaking it.  And while the looks on the outside were different, it delivered the appeal of a fairly standard interior layout for smaller SUVs, ensuring new customers were comfortable inside.  Overall, for a first generation ride, it wasn’t bad.  It lost a few points in comfort and overall fit, but the popularity showed as more and more Rogues hit the road for families.

Then came the 2014 debut, and I hate to say it, but it was a bit underwhelming.  Don’t get me wrong; this is a great looking car.  It has solid styling, great features, covered the need for the improved interior, and brought it to the next level, but gone was the rogue feeling the first generation invoked.  And while it may seem that I am judging a vehicle based solely on the name, I feel the name of a ride should really help define it and not be more about marketing.  Instead, the 2014 Nissan Rogue is missing those unique features that helped it stand out before, the elements that could be hinted at in other vehicles, such as the headlights that were shaped similar to the GT-R with the vertical curve.  I missed those unique factors immediately.

So what are the redeeming factors of the new non-rogue Rogue?  Honestly, almost everything.  I loved the interior, the creature comforts, and the ride was fantastic.  The power was a bit on the low end, but knowing this ride is more for the family made that acceptable.  Storage was everywhere, and it was easy to drive.  Gas mileage was beyond impressive, especially with the number of hills, mountains, and traffic jams it was involved it.  Back seat spacing was fantastic, which is something I feel Nissan has done well across all of it’s 4-door lineup.  The driver controls and switches down by my left knee were a bit out of place and inconvenient to use while in the car, but aside from that, it was impressive.

But going back to the styling, it felt too safe and easy.  Every time I looked at the profile, I saw the Subaru Forester’s design elements.  I wanted to see another vehicle, something that stood out.  But maybe that’s the appeal; maybe that is what the customers are looking for in a car.  Just like planned communities, maybe they want unique on the inside, which the Rogue does well, and standard on the outside.

So where am I going with this?  Well, let’s call it a challenge to Nissan.  Let’s see you make this ride stand out again.  Let’s see the Rogue be unique; actually be rogue-ish.  Let’s see you step away from safe exterior styling and deliver something in this size just as you did with the Juke.  I want to have heads turn, not to lose the vehicle in the parking lot.