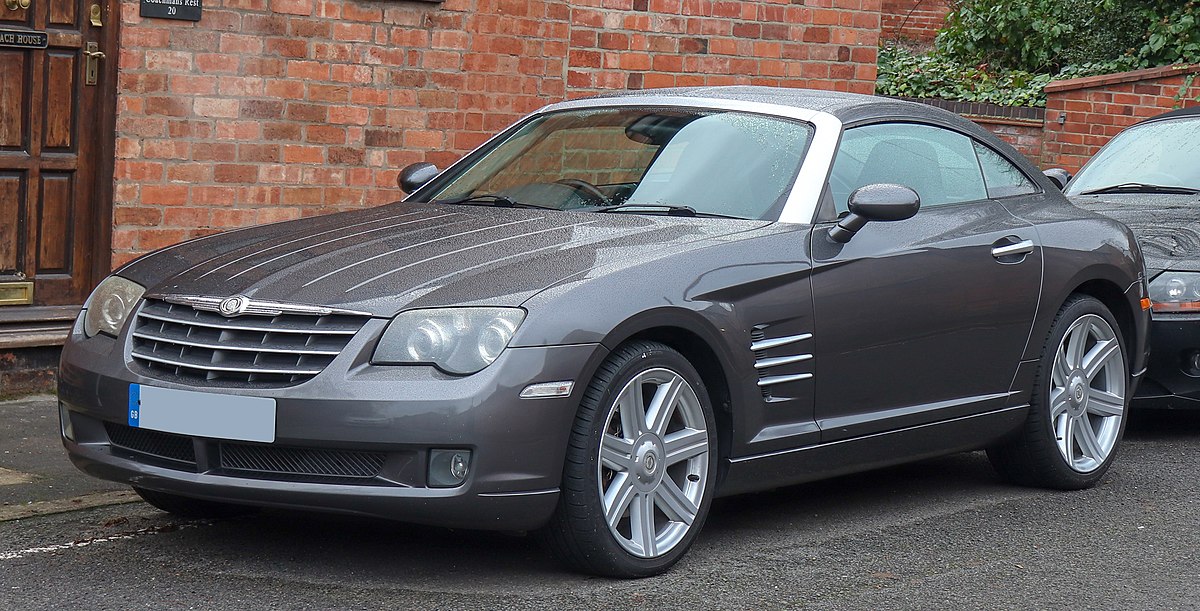 The automobile industry is constantly changing, and cars can come and go in the blink of an eye. Cars that were once on every street corner can vanish in the matter of a few years, and you’ll forget they even existed until you see one of those rarities tucked safely in someone’s garage.

One such relic is the long-forgotten Chrysler Crossfire.

In the mid-2000s, you couldn’t travel across town without passing at least one of these trendy cars. Now they’re nowhere to be seen. So what happened? Read on for the history of this forgotten beauty.

The Chrysler Crossfire first appeared as a show car in 2001 at the North American International Auto Show and then again the next year as a production-ready model at the Los Angeles Auto Show. However, the Crossfire didn’t actually go on sale until 2003 (as a 2004 model).

The car sold incredibly well during its first two years for being an expensive luxury vehicle priced at around $40,000. It’s sales peaked between 30k and 40k units sold per year during its height of popularity.

In case you aren’t familiar, let’s go over the car itself.

The Chrysler Crossfire may have been an American car, the reason it was so unique is its relationship to the German Mercedes Benz, particularly the SLK. The base model was powered by Mercedes-Benz’s 18v, 3.2-liter SOHC V6 engine, while the SRT model had a powerful 330-horsepower Kompressor V6. The car was actually manufactured in Germany.

This rear-wheel-drive, two-seater sports car featured a leather interior and a metallic finish on the center console, making it almost feel like you’re in the cockpit of an airplane.

One of the Crossfire’s most unique and divisive features was its different sized wheels. The car featured 18-inch front wheels and 19-inch back wheels, which gave the car a poised stance when you saw it from the side. Another unique feature of the Crossfire was its power-retractable rear wing spoiler, called a “boat tail” by many people.

While in the first two years Crossfire sales exceeded expectations and put the car on every street corner, the overnight success sadly didn’t last.

While people may have loved the cars, the dealerships didn’t like them as much. Servicing the Crossfire required special parts and tools, and ate into the dealership profits on the car, discouraging them from selling them.

By the third year, sales of the Crossfire had dropped by 75% and by 2008, the vehicle was discontinued.

If you’re still looking to buy a Chrysler Crossfire you can find them, and own a unique part of auto history.

If you thought this tidbit of information on the Chrysler Crossfire was interesting, keep reading for more informative articles.

From road trip tips to fashion advice, to guides on what to eat and drink, we have it all right at your fingertips.