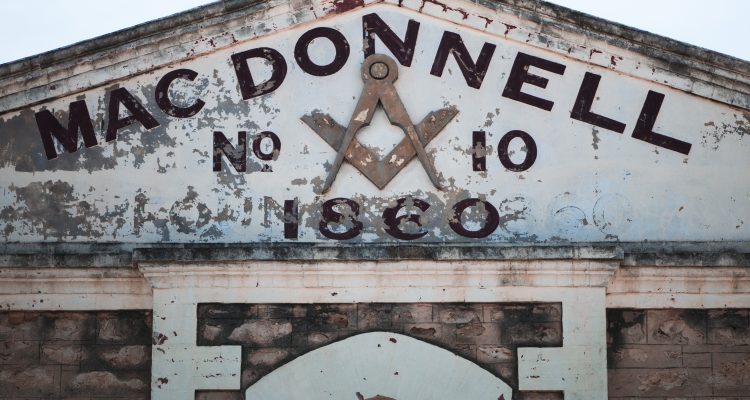 6 Interesting Facts About Freemasons That Nobody Knows

There is a certain amount of mystery surrounding the Freemasons and are they considered to influence several aspects of society. Although the Freemasons are somewhat secretive and access to their lodges and ceremonies is private, there are plenty of things we do know about them including that some of their members are known to include politicians and business people, the symbolism they use and the teachings they follow.

Masonic Tools Are Used for Teaching

Many people are familiar with some of the symbols associated with the Freemasons such as the compasses and square that are often seen on the outside of Masonic lodges around the world. Symbols are considered ‘working tools’ that Masons use to learn and teach morality in a series of three degrees, referred to as the first, second and third degrees. In Freemasonry, there are a total of nine working tools ranging from the working tools of a Master Mason to those used by an apprentice or new member. In terms of the degrees that every Freemason must complete, there are three tools specifically used in each degree, which you can read more about next.

Morality is Taught in Degrees

To become a Freemason, you must first join a Masonic lodge then complete three degrees that focus on ensuring the member is following the morality of Freemasonry and the pursuit of knowledge to improve oneself.

The first degree is also known as the Apprenticeship Degree utilizing the 24-inch gauge, gavel and chisel. The gavel represents the pursuit of purging superficial desires, evils and vices whilst the chisel represents the training of the brain to follow a continual pursuit of knowledge.

The 24-inch gauge is symbolic of how a mason should divide his time with 8 hours allotted for the service of God, 8 hours for work and 8 hours for rest.

The second degree, otherwise known as the Fellowcraft Degree, requires the symbolic working tools of the square, level and plumb. The purpose of the square is to assist Freemasons in checking their actions and behaviour follow correct morals and values expected of a Freemason.

The equality of all Freemasons is symbolized by the level that highlights the fact that all Freemasons are working towards the same goal and will be judged using the same laws.

The third and final degree, referred to as the Master Mason degree, requires a different set of working tools including the skirret, the pencil and compasses. When used in masonry the skirret is an instrument for accurately marking out where foundations of a structure will be laid, however, in Freemasonry, it represents the conduct required of a mason according to sacred laws.

The pencil acknowledges that God is the designer whilst the masons are the builders and that God can record everything people do which is later referred to on judgement day.

The final working tools used in the third degree are the compasses that are used to symbolize the boundaries of good and evil actions according to the impartial justice of God.

Freemasonry Was Condemned by the Catholic Church

Not long after Freemasonry was established over 300 years ago, it gained attention from the Catholic Church as it was suspicious of the reason for various men from different backgrounds meeting in private to carry out rituals together using peculiar symbols. Due to the church’s suspicions that Freemasonry was a new religion or even a cult, it decided to condemn Freemasonry in 1783 and subsequently issued around 20 decrees petitioning against the Freemason’s with the most recent coming in 1983 when Pope Benedict XVI renewed the Catholic Church’s view.

Even though Freemasonry is not considered a religion, agnostics and atheists are barred from joining the fraternity. Believing in God is vital to becoming a Freemason and it is understood that all members should agree that God’s teachings should direct them to behave morally and charitably. The ban on atheists joining the Freemasons is thought to exist because the moral obligations taught in Freemasonry are directly linked to the belief in a supreme being, therefore Freemasons would see this as an empty promise from an atheist.

The Oldest Fraternity in the World

Originally a guild of skilled stonemasons in the Middle Ages established to support each other and ensure fair pay and working conditions, the purpose of the group started to change after the decline in grand stoneworks and cathedral building. Due to this decline in masonry as a profession, many guilds would invite people from other backgrounds into their guild to boost membership. A few surviving mason lodges developed the symbolism of Freemasonry which grew into organized Freemasonry in the 17th and 18th centuries.

The Freemasons we know today are unlikely to have any members who are masons, instead, the organization focuses on encouraging and teaching their members to lead better lives including acts of philanthropy and the pursuit of knowledge.

Organized national and international Freemasonry as we know it today was founded in 1717 with the formation of the Grand Lodge, a network of lodges around England.

In Medieval Europe, most workers were not allowed to leave their village or town to find other work, however, masons who worked on cathedrals, castles and churches were an exception. Once a building was completed in one location masons would usually then be out of work so would have to travel to find a new project to help build.

Many masons and guild members would have been illiterate during the Medieval period so to ensure a mason could get work at a new build site, the ‘masons word’ was created so members of the guild could identify themselves to each other. Later, secret handshakes were also developed and now there is a whole range of Freemason handshakes.

Even though some people will at least recognise some symbolism associated with Freemasonry, there are many more interesting facts related to the organization’s ceremonies, history, rules and symbolism that many of us don’t know about due to the relative secrecy of the fraternity.