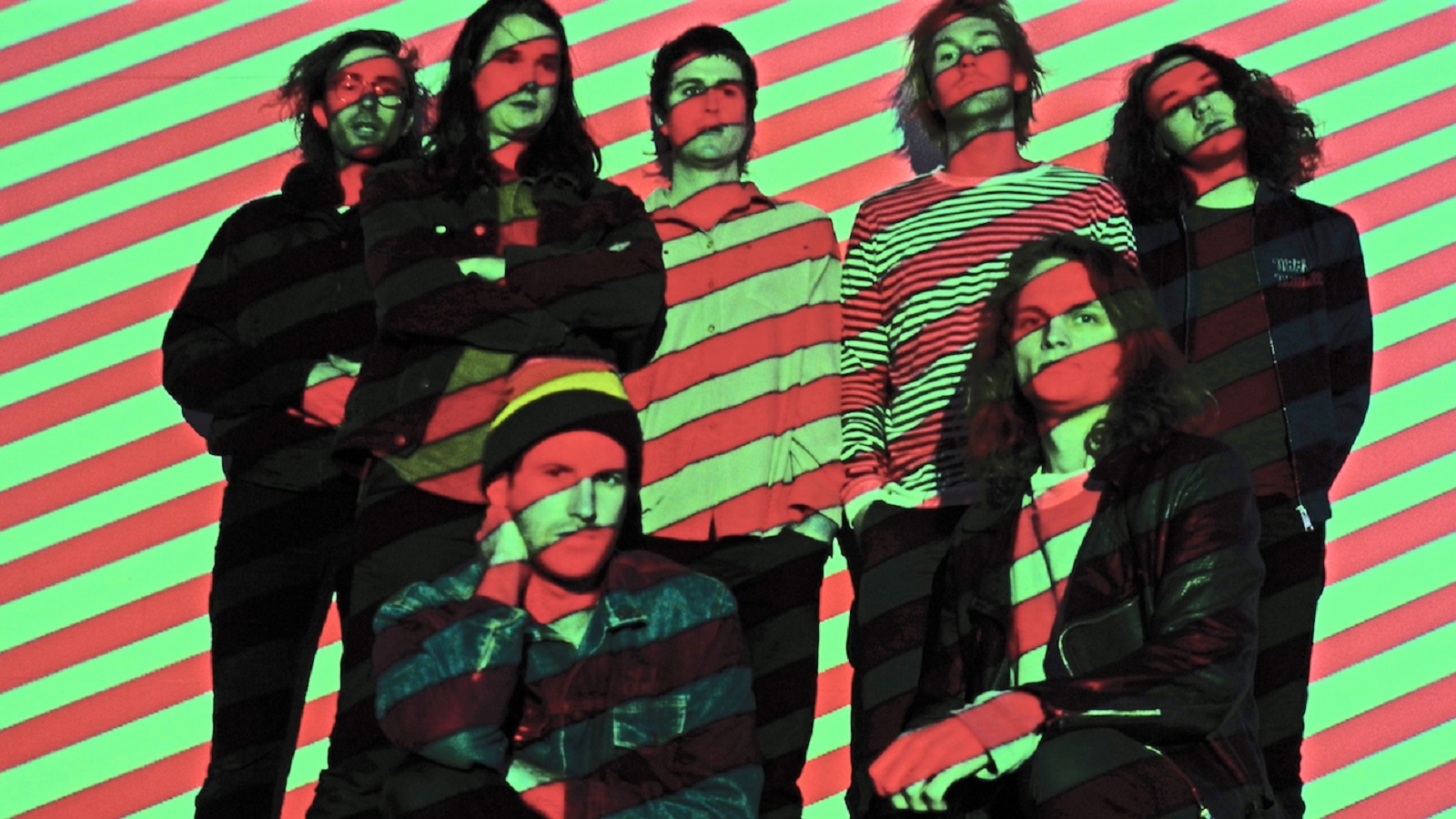 Why stop at one album a year, or two for that matter, when you can really dig deep and challenge yourself and your audience with five full albums in one year? All while still touring internationally, mind you.

Crazy, right? But apparently, that’s Melbourne psychedelic/surf/garage/rock/metal band King Gizzard & The Lizard Wizard’s resolution for 2017. And here I am, merely resolved to quit eating Chocolate Fudge Brownie ice cream this year, and failing to do so. But King Gizzard’s king lizard, Stu Mackenzie, wanted to set the bar high, even for a band that’s known for their productivity, to the tune of nine full-length albums since 2012. That obviously just wasn’t enough output, though.

So how the heck do you put out so much music? Well, you go light on the lyrics and heavy on the grooves. Like many a good jam band, the Lizard Wizards have a habit of repeating themselves, and simplifying lyrics, which are often drilled down to one word or phrase repeated with growing intensity. But sometimes that really works.

Case in point: “Rattlesnake” kicks off their first 2017 album, Flying Microtonal Banana. It’s getting some good indie radio play, and is the reason I bent my ear towards these guys in the first place. Right now, I’ve got it tied with Chuck Prophet’s “In the Mausoleum (For Alan Vega)” for most rocking groove of the year. Honestly, of all the exciting developments going on at Coachella this year, witnessing “Rattlesnake” live may be the one I’m most excited about, now that we’re guaranteed Queen B won’t be performing a live birth.

But let’s get back to album 1 of 5, Flying Microtonal Banana. That’s got to be a made-up word, right? Apparently not, as Mackenzie says it comes from the custom, extra-fretted guitars the band had specially made for the album. “We were messing around with microtonal tuning,” Mackenzie told The Guardian. “Without getting too technical, it’s like dividing the musical notes so there’s one extra space: 24 notes an octave instead of 12. It opens up a bunch of possibilities.”

As whacky as the album’s title and many-noted tunes sound, it’s par for the course when dealing with a band named King Gizzard & The Lizard Wizard. Lizard automatically makes you think of the Lizard King himself, Jim Morrison of The Doors. As well it should, as that’s partially where the band’s name comes from. The “Gizzard” part remains somewhat mysterious.

Judging from the full live show below (they’re big in Belgium!), you could possibly mistake Mackenzie for Jimbo, too, particularly in a dark venue. Except that he’s not falling over, his voice needs a lot more effects to sound mysterious, and he plays a ripping guitar. The way Mackenzie plays intricate riffs and sings along at the same time is damn impressive. As are the myriad other instruments he delves into, like the sitar, bass, zurna, and most prominently, the flute. Hey, it worked for Ian Anderson of Jethro Tull, right?

But Mackenzie’s just one of the talented Lizards. Ambrose Kenny Smith sings eerie backups and plays keyboards, synths, and heavily-effected harmonica. Joey Walker and Cook Craig, the other two ripping guitarists, at times make you feel like there’s three Robbie Kriegers playing at once. As if that’s not enough sound, the band also rocks two drummers – Michael Cavanagh and Eric Moore, who also fills in on the theremin during the really psychedelic jams. And then there’s Lucas Skinner, who lays down the heavy bass groove upon which all these trippy tunes keep moving steadily forward.

It’s all swamped in distortion and reverb, which gives things that haunting, psychedelic surf rock sound. It can get repetitive and droning at times, as any jam band can. But few jam bands wield the cosmic power of these kings. Can they keep it up for four more albums this year, though? We shall set aside some strong acid and see.