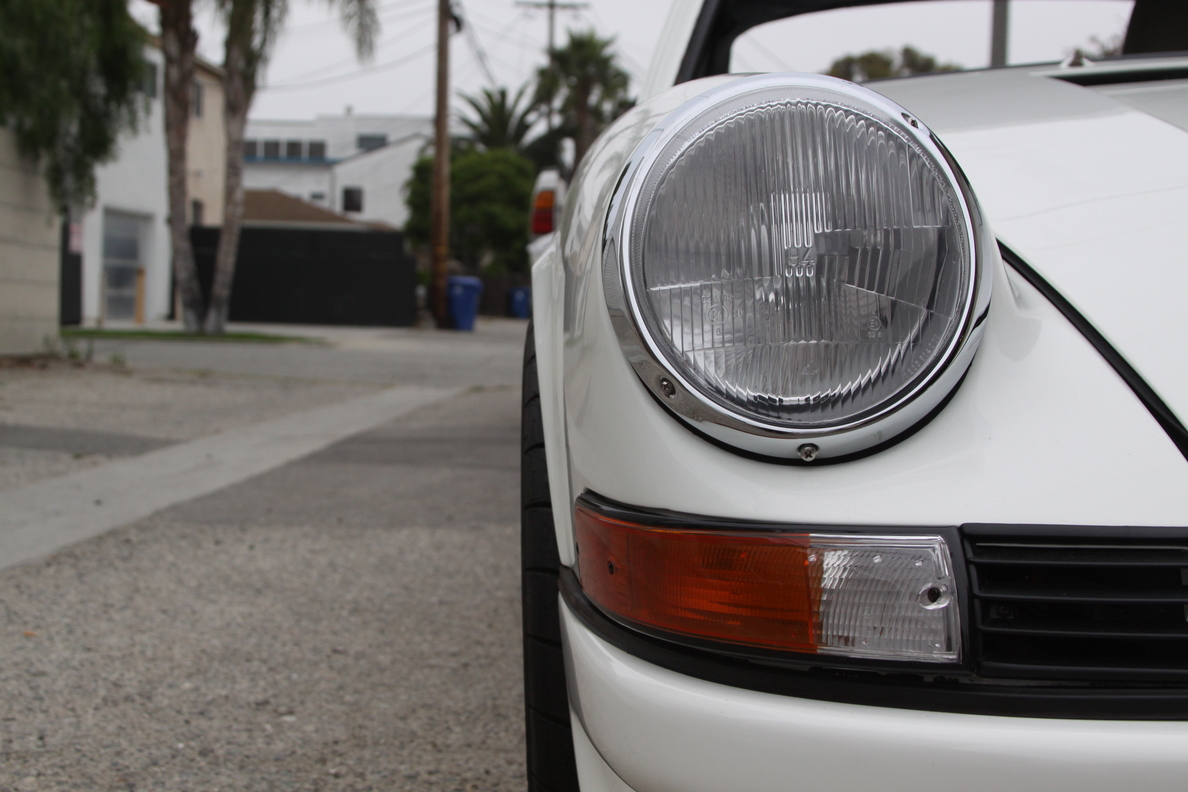 Last time I said the endgame had begun. Nope! The Porsche project isn’t done with my soul yet. But I shouldn’t blame the Porsche; I should blame California and its SMOG emissions testing. These damn hippies and their environment! When will they learn that we’re at war with nature and it’s winner take all!

The astute followers of the FactoryTwoFour Instagram will have noticed that I buttoned the car back up and took it in for its emissions inspection on July 22. That’s right, July. That’s how spectacularly it failed the California SMOG tests. It took me six months to fix the car and write this update. But I can say it’s a good story. 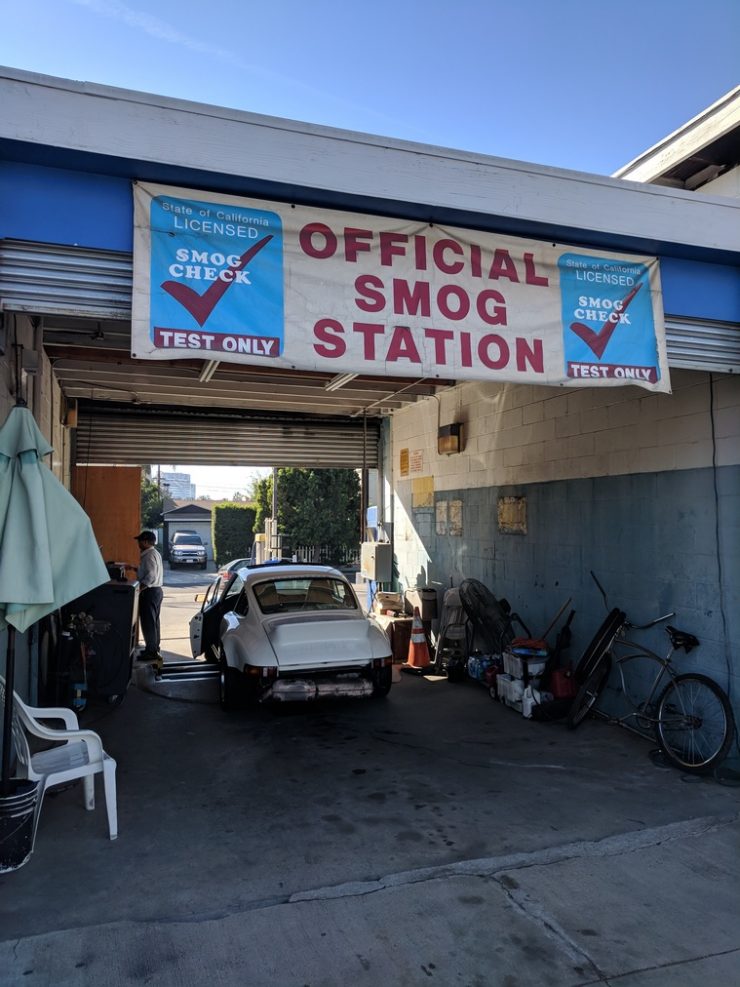 First of all, I took it into my friendly neighborhood Armenian inspection bay to get the car all legal. After about 10 minutes the gruff owner snarled that I had failed. I thought this was very interesting as the car had passed two years ago before I dropped the engine out. Knowing that I did nothing major to the motor – just fresh hoses, a valve adjustment, and a general exterior cleaning, I was confident it was something small and stupid that was throwing all my emissions off. Fine, no problem.

True enough, I found a couple of loose hoses to tighten up, and I went back to the same shop for my free re-test the next day. In very Eastern-bloc English, the owner waved me away as soon as I pulled in. “No no no. I cannot take your car. Machine broke. Your smog too dirty. Clogged my machine. Have to have a service call. The machine is broke now. Cannot take your car again.”

That’s right, my engine was outputting so many pollutants that I clogged his machine, and he has to get a service call just to get back in business. So that’s great.

Freaked out but still eager to see if my hose tightening fixed the problem, I found my second-favorite neighborhood SMOG station and wheeled the Porsche in. Same as always, this called for a run on a dyno to measure pollution, then a pressure test of the fuel evaporation system to check for leaks, then a verdict of pass or fail. And for the second time, it was a fail, and this fail was accompanied by huge exclamations by the tech of how dirty the emissions were. “Very dirty! I’ve never seen numbers this high! This engine is in trouble!”

Not what I wanted to hear.

At this point, I had little option but to drop the motor for the second time to double check all my work and find out why the engine is performing so badly. So that’s what I did – drop out the engine again (see Instagram on Aug 12) and started rooting around, though I truly don’t see anything out of place. The spark plugs are a decent color if a little sooty. Everything is still connected and looks right. I find new hose diagrams and disconnect and reconnect a few items just to verify solid connections. I installed a new one-way valve to prevent oil from getting into the cylinders, even though the previous valve looked and acted just fine. I even had the fuel injectors completely rebuilt by a race shop and blew out my hard fuel lines to remove any contaminants. After all this, back the engine went into the back of the car, and I was off for test #3. This all took two months by the way.

And test #3 is a……fail. Same exact numbers on my results. Fine. So I dump $600 on a new catalytic converter, and now we finally saw some progress. Instead of failed for five different categories, now I failed for three.

Okay… Well, at least now the measurements weren’t pointing me to simultaneous lean and rich conditions. No, now the test results were consistent with lean running. I likely had a vacuum leak somewhere, and I finally felt like I could solve this.

I’ve played vacuum leak Where’s Waldo before, on this damn car in fact. I knew what to do now. Or did I?

First up was running the engine while starter fluid sprayed strategically around the intake manifold, the newly re-installed injectors, and the connections for various air hoses. No discernable change in the running of the engine, as is supposed to happen when you spray the leaking area. Time for the big guns then. I grabbed my small tank of propane and a hose and started purposefully leaking explosive gas around my hot, running engine in all the same spots above. Again, no change in RPMs, at least not that I could hear. I was stumped, and no amount of Internet forum searching was clearing up the cause for my SMOG numbers. So I gave up. If I was going to get this heap on the road, I was going to need a professional. So a professional I sought out.

Not just any professional would do of course. I needed a shop that would be willing to walk me through exactly what was wrong, not just hand me an invoice. The forums pointed me to just such Porsche whisperer by the (appropriately German) name of Jan who works out of a secretive (but fully decked-out) shop, always at night and are invitation only. Perfect. I secured an introduction and left my wounded Carrera in his hands. No less than 24 hours later, he let me know that he’s already identified the problem and can practically guarantee a passing SMOG grade when he’s done.

The problem, as in so many areas of my life, was my fault.

When I adjusted the valves – a routine maintenance task mind you – I did such an imprecise job that two of my six cylinders were not working at all. That is certainly a reason to fail SMOG. Jan fixed up the valves, and because he’s an actual professional and not a dumb Polack throwing hammers at the engine (like yours truly), he also performed a leak-down test the 29yr old and 183,000 engines to see how she’s been holding up. His initial skepticism based on the number of oil leaks was thankfully replaced by shock at how well the engine held pressure and was therefore in pretty good shape.

I’ll be honest, when I drove the 911 into the shop (with no plates, no rear bumper, and a bungee cord holding the rear deck closed) it felt very uninspiring. I doubted whether three years of effort had been worth it. It drove like a sedan. The engine responded, but it was hardly athletic. Picking the car up from my secret shop, the performance was transformed. The acceleration was brisk and enthusiastic (2 more cylinders will do that…). It was immediately clear that all this pain, money, heartache, and social isolation had been worth it. Two days later, I take it to the same SMOG station I’ve visited five times before and passed. Sixth time’s the charm. Now let’s button this project up and be done with it.