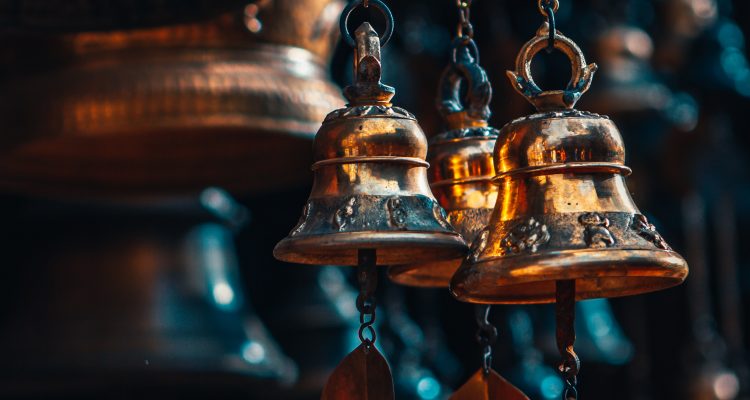 Amazing Musical Instruments That Look Like Modern Works Of Art

Music is the universal language of people from all over the world with their different beliefs and cultures. It has been around since the beginning of time and is used to express rituals, traditions, and human experience. Musical instruments are the tools used to produce these sounds that embody all kinds of emotions. Music enthusiasts know that they go beyond just the sound they make, it’s also about how elegant they look. Here are some gorgeous musical instruments that look like works of art.

This instrument was most common from 1500 to 1650 and was known to be very difficult to play. Tenor Cornett is unique for the hauntingly beautiful serpentine shape that gave it its nickname; lizard. It’s considered a wind instrument with finger holes on the frame and a pipe made of wood. The mouthpiece resembles one on a brass instrument rather than the usual woodwind. This makes it need a specific shape of the mouth while playing, hence the difficulty of it being played for long periods of time. It has a two-and-a-half octave range, which makes it only used to strengthen the voice, especially countertenors.

This beautiful instrument resembles another plucked stringed one called Sitar, with both instruments originating from India. The Mayuri instrument, also known as Taus, goes back to the 19th century with a unique peacock shape that is used to symbolize India and is related to the goddess of music in Hindu culture, Saraswati. The instrument has a bowed stringed neck which is played while kneeling using a bow, like a violin. Its inside is made out of parchment, it has four melody strings and fifteen sympathetic strings as well as arched metal frets.

Chime bells are not only an instrument that looks like a modern work of art but it was carefully designed to produce distinct sounds. The instrument was a significant part of Chinese culture during Qin and Han Dynasties in China. What’s amazing about these instruments is that each area of the bells creates a different sound, with two unique tones that are three scales apart. Chime bells need to be played by 5 musicians; two in the front to produce low pitches using large wooden sticks for the Yong bells, and 3 in the back, using T-shaped wooden hammers to hit the alto and the high-pitched Yong bells.

Although not as rare as other instruments on this list, the undeniable beauty of the piano makes it earn a place on it. While it can be found in households, music halls, and even shopping malls, there are still one-of-a-kind pianos that can take your breath away. Feast your eyes on Blue Grand Pianos which come in many shades, all equally charming. These pianos can be as minimal or as bold as their owners want to! Whether it’s a combination of white body rim and sky blue or with a royal touch of Cobalt and Gold, they truly belong in art museums.

This one is actually displayed as art in the Metropolitan Museum of Art, that’s how amazing it is! Its name goes back to the instrument being used in military bands in Russia during the 18th century. The name is considered somewhat misleading since the instrument is, in fact, a kind of bass horn that was invented in France, not Russia. Like the Tenor Cornett, it has a serpent-like look with six holes for fingers and three keys. There is also a bell at the back of it that is beautifully painted to appear as a dragon.

Another instrument that might as well be a showcased work of art is the Zurna, which is used for folk music. It is a double-reed wind instrument usually played in central Eurasia, Western Asia, and some parts of North Africa. Its beauty lies in its simple construction and how it’s woven from the reed plant which grows in central Eurasia. The plant is connected to one end of a sharp brass tube then smoothed to a thin split on the opposite end. The sound produced from Zurnas is a sharp, high-pitched tone which is why it’s usually accompanied by a big drum.

These are just some of the amazing musical instruments that look like modern works of art. If you have a newfound appreciation for gorgeous instruments alike, get to searching for local art museums that might have some on display. You can find out the history of each instrument and how and when it was played which adds more to their charm. It will change your entire perspective on musical instruments and encourage you to learn more.