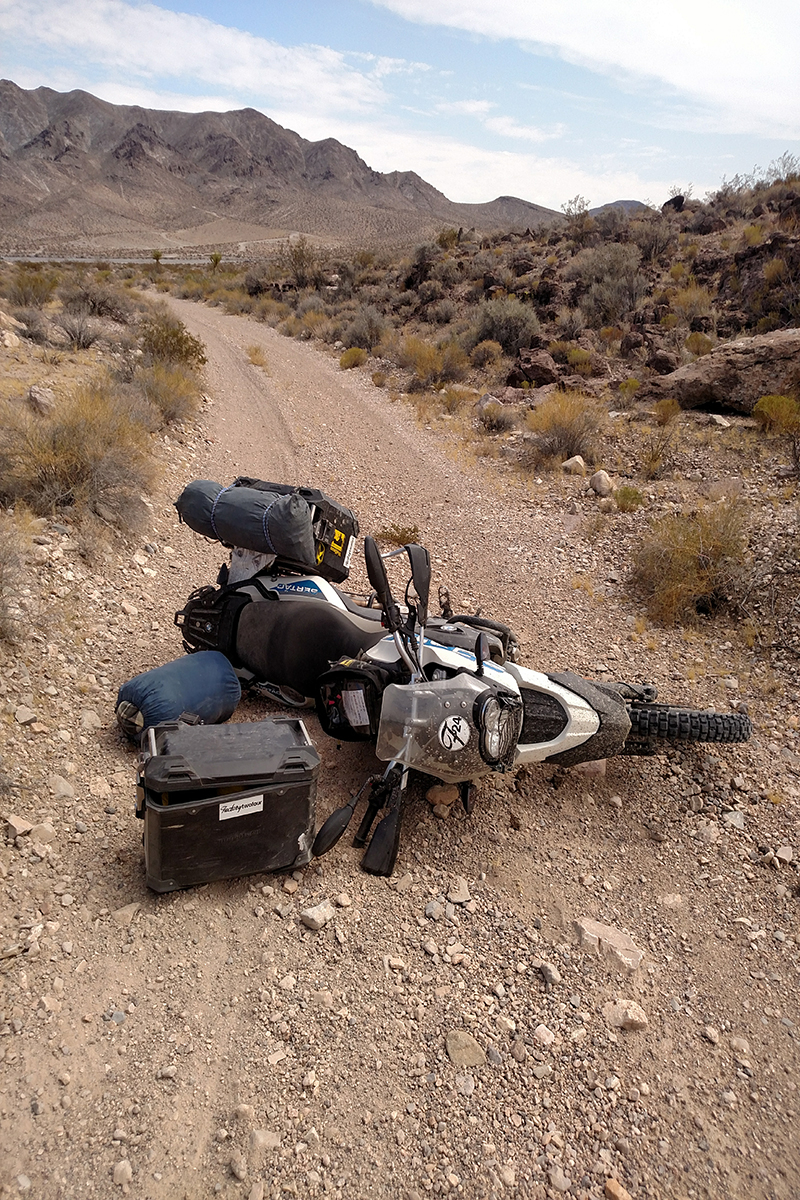 And this is what it did to my bike

Like the stunts we are about to discuss, it is near impossible to understand the feeling of freedom you get when on top of a motorcycle without ever being on one. While many are happy with just riding, it’s just not enough for some people. They wish and long to go to extreme lengths to find meaning in their lives. Let’s assume that is how holding world records came into existence, and there are records for just about everything in the world. With motorcycles, we have the greatest motorcycle jumps, longest or fastest wheelies, and speed records. There is a niche audience that is especially fond of dirt bikes and related sports events. They allow the rider to do things and go places that other road bikes can never even dream of. So let’s look at some of the greatest dirt bike records that still stop the hearts of many hardcore motorcycle enthusiasts.

Longest Motorcycle Wheelie Record: In 1984, Doug Domokos, a person with astounding motorcycle riding capabilities, made his mark by entering worldwide dirt bike records by setting a wheelie record by riding on the Talladega Speedway, Alabama, for over 145 miles. Doug used to ride motorcycles and worked in a bike shop from a very young age where his method to certify repaired motorcycles was doing clean wheelies in front of owners. This practice started to slowly attract the passerby, which grew into large crowds over time. He saw an opportunity, and soon, he started to work his way up by attending race events where he entertained people by performing wheelies before and in between races. As his popularity grew among the audience, he also got opportunities to be featured in various auto-magazines. He was famously known as the wheelie king during his time.

Highest Altitude Reached by Motorcycle: While the highest driveable road in the world boasts to exist at the height of 5359m above sea level, the highest a motorcycle has gone is a whopping 6471.2m. What’s even more amazing is that this record wasn’t achieved on a regular mountain but the highest volcano in the world known as Ojos Del Salado in the Atacama region of Chile. The record-holder is Mr.Gia Franco Bianchi, who sported a fuel-injected Suzuki RMZ 450 to the top of Ojos Del Salado. He rode his 450CC dirt bike through the mountain terrain cutting through powerful 80km/h winds in freezing temperatures that dipped below -20 degrees celsius. Enthusiasts celebrate the significance of the huge and dangerous feat to date after 38 years of its completion.

Mountain Jump record: Out of many of Alain Jean Prieur’s incredible motorcycle stunts, the bravest is known to be the near-impossible mountain jump that got him up in the air for more than half a mile above the ground. He sped through the mountain road at over 100km/h to hit the take-off ramp and flew into the air setting the record and earning the stunt title, “Fear Against Glory”. His jump was followed by free-falling for more than 500ft, after which he landed using a parachute. The chopper brought him back to the jump site from the landing spot, where his fans eagerly waited to shower him with love and support.

Longest Motorcycle Jump record: Another motorcycle long jump record is held by an Australian man named Robbie Maddison, who hailed from Melbourne City. Unlike Jean, Maddison hit the ramp at greater speeds of over 100 mph on a custom Honda CR500 and reached a height of about 20 meters in the air, followed by a safe landing. His long-jump world record stands at 107.9 meters, only first to his previous record at 100m.

Grand Canyon Gorge Jump: Somewhere along his career path, Robbie Knievel, the famous son of daredevil Evel Knievel, decided to follow in his father’s footsteps. After long anticipation and practice, he decided to make his mark by pulling off a daring stunt in the famous Grand Canyon. From the starting point, he jumped a 60-meter wide gully off the edge of a cliff and easily cleared a gorge about 2500ft above the canyon floor. Upon landing, he briefly lost control of his bike, leading him to crash into safety hay barriers. However, the jump was declared successful earning him a spot in worldwide dirt bike records, and he walked smiling without any serious injuries.

These dirt bike records have stood the test of time because of their audacity, daring, and spectacularness. Are you the one to dethrone one of these record holders?