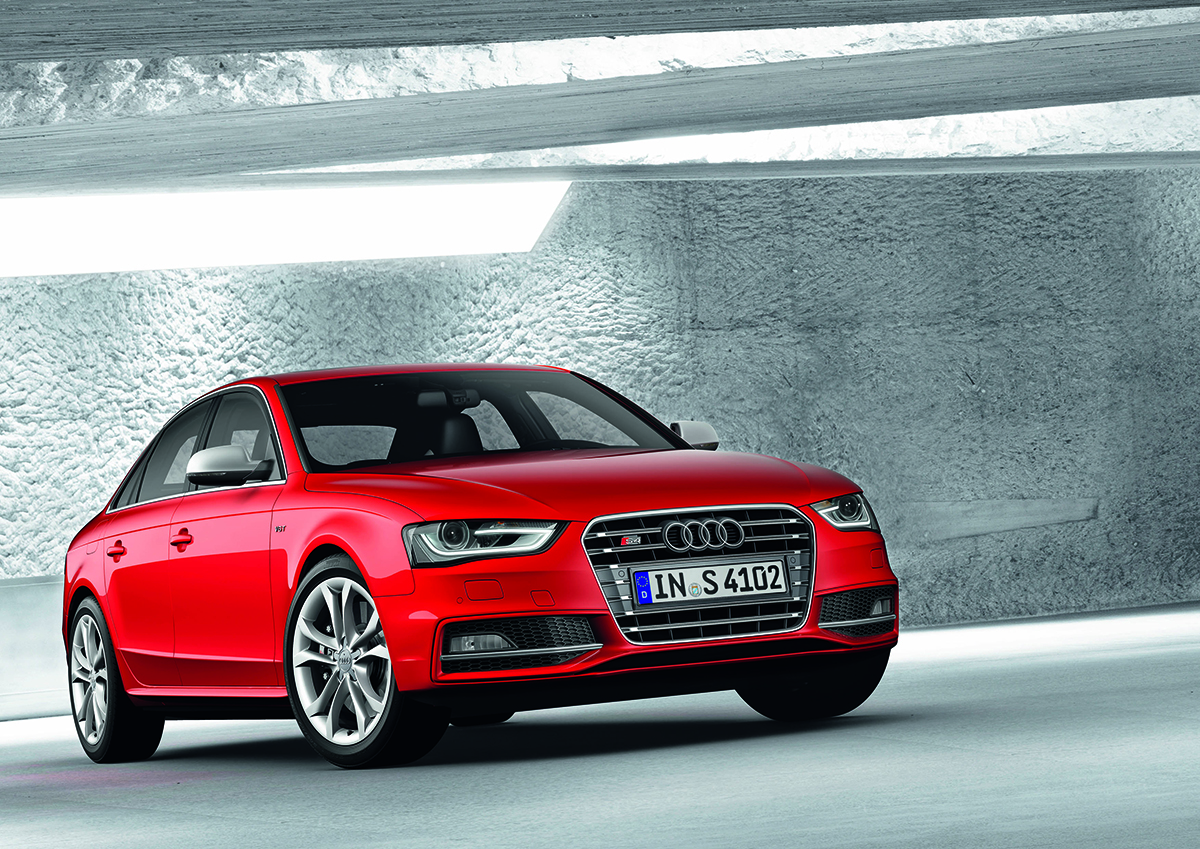 The Allure of the Audi S4

It’s no secret that I love Audis.  Having owned an A4 in the past, working with sites like Audizine, and really getting my start as writer because of my involvement in the vehicles, the fond memories I have of that ride are still with me today, rooted solidly in the foundation of what I love to do.  I’ve driven about every US model from the brand, have experienced the full force of the V10 R8 to the old school 90, and my fascination with the rides has not faltered.

But I have a very special place in my heart, and automotive desires, for the new 2014 Audi S4.  There is something about that car that delivers the perfect amount of balance, excitement, and drive, all packaged in a ride that turns heads everywhere it went.  Granted, it could have been the bright, arrest-me red paint, but I couldn’t help but notice all the eyes on the car as I took it around town.  And it’s not like it’s a rare vehicle at all, or even really that expensive, but the way the full package comes together on it makes it look great all over.  And Audi really has made a dent in the market here in Colorado, so to have a single vehicle stand out enough from the rest makes the appeal even more great.

When Audi announced the new S4 with the 3.0t, I was hesitant.  A supercharged motor was a newer avenue for the S-line, and while it has since proven to be one of the best higher-output motors produced, I initially feared the same issues that were had with the original 1.8T and the timing belts.  And turbos.  And sludge.  And ore timing belts.  God I hated replacing that timing belt.  It took years for Audi to perfect that motor, and here was the new standard being released in the S4.  That was over 5 years ago, and I am very happy to know that I was wrong with that concern.

But the mechanics are just part of the allure.  While the interior feels perfectly laid out with easy and intuitive controls, and the seats comfortable even when taking hairpin turns at what might be too high of a speed, there is one element of this car that truly brings the full package together.  The exhaust.

It growls.  It barks.  It is smooth as a baby’s bottom when driving along.  And it’s surprising every time.  Mid-shift, the exhaust lets out this little burp that can only be described as addicting.  You will find yourself driving the car hard just to get the exhaust to express this little note of joy to the world, and as you do it surrounded by other cars, you might feel a sense of joy knowing your shared it with everyone around you.

The car isn’t perfect, and while this little love letter may make it sound like it is, there are definitely areas that need improvement.  I am not a big fan of Audi’s MMI system, and even though it is connected to Google for constant updates, the controls to get the information in just don’t work well while driving along.  The suspension is a bit soft for my personal liking as well, and the ride does feel disconnected a bit from the road while just cruising along.  And then there is the manual transmission.  I wouldn’t say I am purist in the sense of loving the manual control, but side by side, this transmission can’t even shake a stick at the paddle shift controls in the automatic.  While both work exceedingly well, I actually felt as if the manual was holding the ride back just a bit compared to its automatic cousin.  While that idea might anger a few out there, its an experience I invite everyone to have to see what I mean.

In the end though, through it all, this is the one car I know I will own in the future.  It might not be tomorrow or even next year, but one day, that supercharged S4 will be in my garage,  powering me into some great mountain driving adventures.