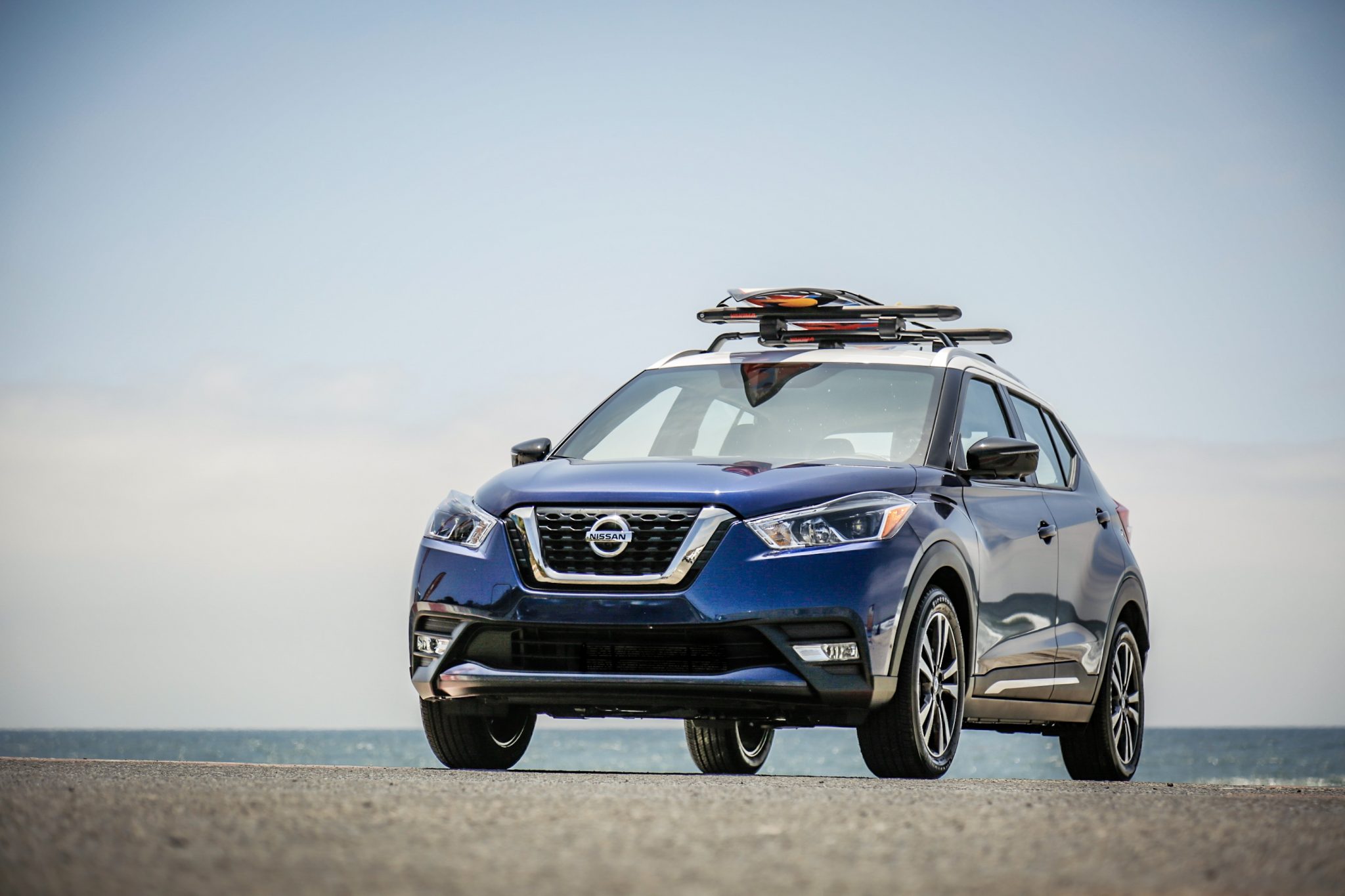 I’ve never been a fan of basic transportation. Cars that people buy just to get from point A to point B are as exciting to me as a career in medical billing. Basic transportation is cheap, devoid of thrills, and as far as I’m concerned, a black hole for the soul.

But I get why “point ‘austere’ to point ‘bland’” cars are so popular. People simply want to save money so that the rest of their lives outside of their rolling steel cages can be more thrilling. But why not have it all?

With the Nissan Kicks, you can. It is basic transportation you can get excited about. Tick every option box, and you won’t break $23,000. Even the base Kicks S at $18,965 is loaded with technology like automatic emergency braking, blind spot monitoring and cross-traffic alert. Most people will likely opt to move up one trim level to the Kicks SV, which includes Apple CarPlay and Android Auto, but the best Kicks is the fully optioned SR with the Premium Package. Why? Because that package’s party piece lies with its Bose Personal Plus eight-speaker audio system. I would actually buy this vehicle just for its sound system.

Typically, Bose in lower-priced cars delivers a less-than-impressive audio experience. This is the first Bose system I’ve heard in an inexpensive car that can compete with some of the best Bowers & Wilkins, Bang & Olufsen and Burmester premium sound systems found in $100,000 luxury cars.

The Kicks itself is quite impressive as well. Although this subcompact crossover is based off the ultra-low-cost Nissan Versa, when driving the Kicks, you’d never know there’s a bargain-dungeon economy car underneath. I’m not saying it’s a Volkswagen where you feel like you’re driving something twice the price, but the Kicks, with its remarkably quiet cabin, solid chassis and silky ride, makes the crossover feel like something based off a vehicle more expensive than its Versa roots would suggest.

Also, somehow Nissan was able to make this not just a lightweight CUV, but also one of the lightest vehicles on sale today. The Kicks squeezes the scales at just 2,672 pounds. Its competition weighs, on average, about 500 pounds more. With that Lotus-level lightness, the Kicks’ 1.6-liter, 125-horsepower four-cylinder engine shines. Off the line, the 115 lb-ft of torque shoves the front-wheel-drive-only crossover away from the traffic signals with a sense of urgency. It’s fun along winding roads, too. While the Kicks has an abundance of body roll in turns, it remains light on its feet when you want it to dance. It’s not a sports car by any means, but the athleticism it does exhibit is admirable. It’s a car you’ll enjoy driving.

But back to that phenomenal Bose Personal Plus audio, as soon as you crank your favorite tunes though the eight speakers, you’ll love driving the Kicks. It’s so rewarding getting to rediscover your favorite songs in such an immersive experience. The sound is so enveloping thanks to a pair of two 2.5-inch “UltraNearField” speakers inside the driver’s headrest. They do a terrific job of augmenting the audio experience, and transport it from a solid Bose system, to something that’s cathartic.

The Kicks’ quickest way to your heart is through your ears. Oftentimes you may find yourself hurling expletives after an instrument barges its way into your soul. The Kicks on its own is a good car. This sound system makes it a great car. Pair that with the ambiance of a well-laid-out, well-designed interior, and you’ve got a driving experience that is within steps of luxury.

The Nissan Kicks is going to earn a lot of points with consumers for its best-in-class 33 mpg combined fuel economy, its segment-leading interior dimensions, and its low price, but for me, it’s my top pick in this segment mostly because of the Bose Personal Plus audio, but also because there’s so much fun and tech baked into the package.

I’d never thought I’d want a subcompact crossover. I never thought I’d be passionate about a segment so spartan, but the Nissan Kicks has changed my mind, and if I ever do end up buying one, my ears will be much happier for it.