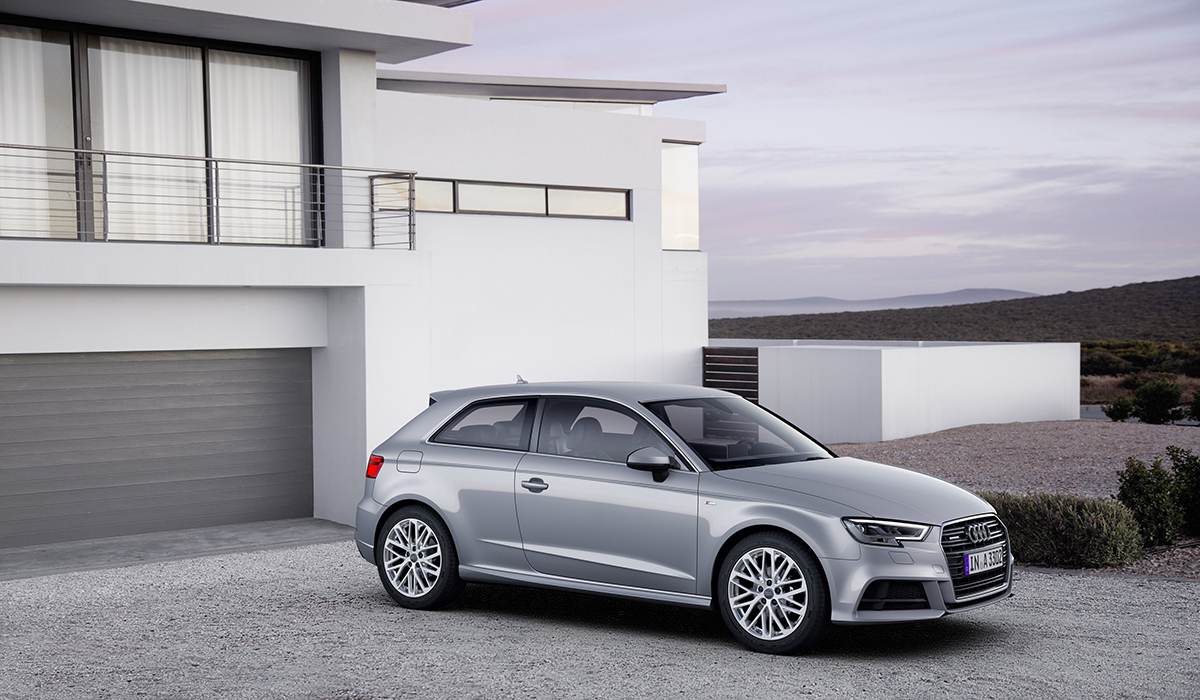 The Audi A3 Sedan Is The Car For Every Occasion

Audi makes undoubtedly some of the finest road cars, but they’ve had their fair share of criticism. Whether it be because of the similar looks between the line up models or the overprotective understeer implemented in the cars, we’ve seen it all. We can’t however, fault the way that Audi is positioning their vehicles in the lineup. They seem to have every little niche covered, and we do mean every. They pioneered a lot of the niches themselves, so it’s only obvious that they have a car for every occasion. Well, the Audi A3 is one of those.

Now in its second year of production, the Audi A3 offers the best compromise between performance, size and price. It’s a step-down from the Audi A4, but not by much. In terms of cabin space, the Audi A4 is already cramped enough that we feel like the A3 Sedan isn’t taking anything away from that. In fact, that’s the only downfall of the Audi A3. Passenger space as well as cargo space seem to be extremely limited. This isn’t to say that you can’t drive people or haul stuff around. It’s just that you can’t drive two or three people in the back for prolonged periods of time. And nor can you fit large things in the boot. If you can handle these shortcomings however, we guarantee you won’t have anything else to complain about.

The main rival of the A3 Sedan is the Mercedes CLA-Class sedan. Many people say the CLA is better looking but seeing as how that’s a subjective thing, we’ll leave it up to you, the reader. In terms of performance however, there’s nothing in it. If anything, the A3 may be better in certain areas and match the CLA in others.

Both the 2.0 TDI and the 1.8 TFSI are good, but it’s the 2.0 TFSI that really impresses. It delivers 220 horsepower and 258 pound-feet of torque right out of the box, with potential for a lot more if you decide to upgrade it with intakes, exhausts and so on. It’s a great unit, especially because the A3 with the 2.0T gets an all-wheel drive system as standard. The 0 to 60 mph sprint is dealt with in just 5.8 seconds, an incredible time for a small sedan. The 2.0T returns 27 mpg on the combined run, making it not just fast, but economical as well.

The driving dynamics of the A3 are impressive too. It’s nippy and agile and although it can feel a bit sluggish at low speeds due to its light steering, it weights up at higher speeds. It will understeer at the limit like all Audis, but that limit is really high for anyone to reach it safely in normal driving conditions on a public road. The DCT shifts super fast, and it’s a joy to use with the paddles. What’s more, the same light steering effort at low speeds makes it easy to park in tight spaces.

The Audi A3 may not be everyone’s cup of tea, but it’s alright in our book. If you’re thinking of getting one, do it. You won’t be disappointed at all.