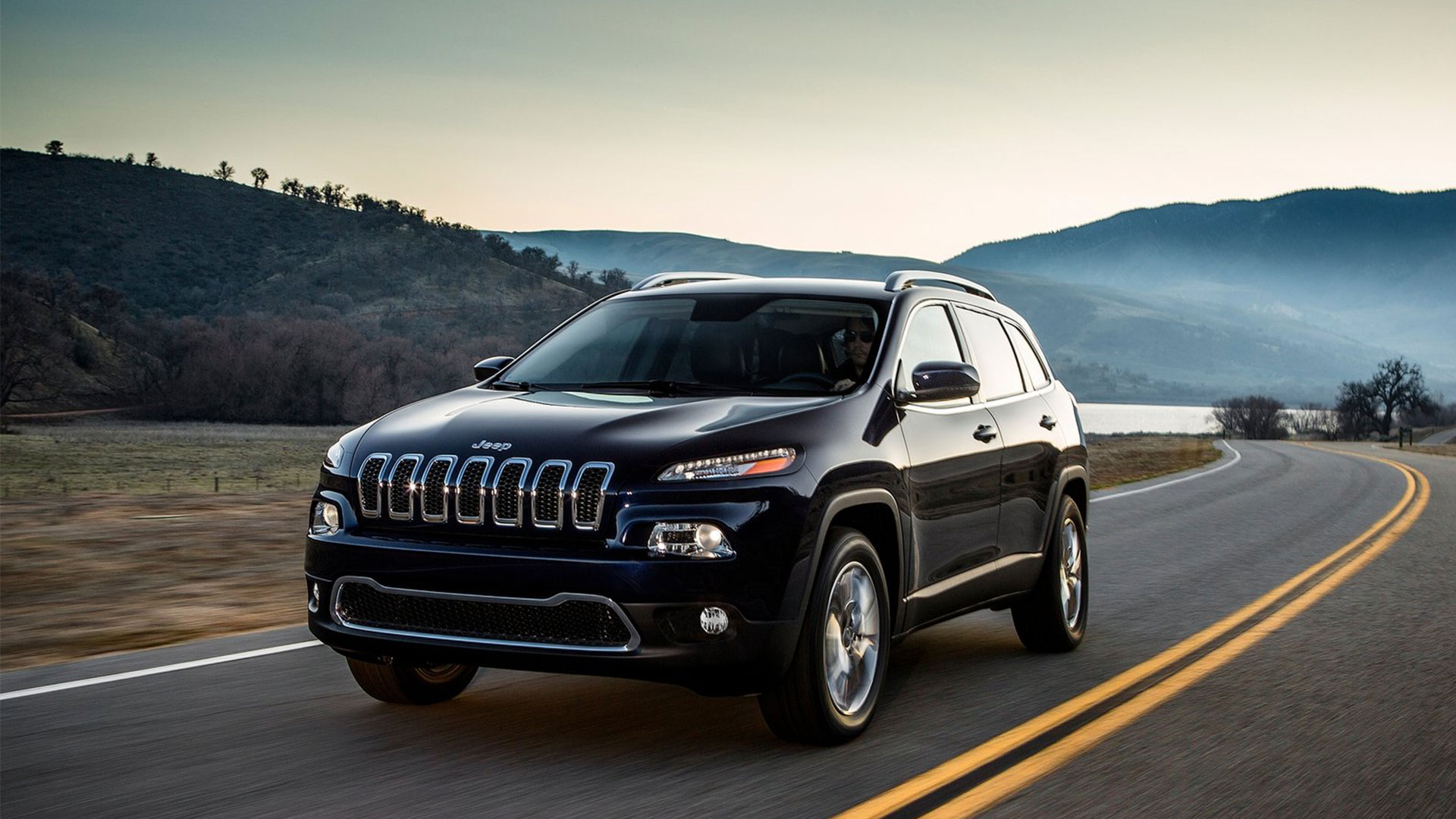 It’s been a long time since a small SUV has been designed to be, well, capable. Don’t get me wrong, there are plenty of incredible small SUVs on the market, all with great creature comforts and capability for on road performance, but they all feel more like lifted cars than what an all-terrain tackling ride. I even love many of those street machines, but in the end, they have all strayed from the idea of all terrain capability.

Well, not all of them have. The updated, outside the box 2015 Jeep Cherokee brings that whole standard back to the table, delivering not only an on-the-road performance to rival many other manufacturer’s rides, but also has the ability to take on the off road segment with ease, comfort, and in a strange way, luxury.

Now I am not a fan of this vehicle’s looks on the outside, feeling they are too much of a departure from the ‘Jeep’ look that has been so long established and ingrained, but I can see why they did it. You will never mistake this SUV for another on the road, and Jeep has now developed a second look to add to its future development and design of rides. And while this look is a bit alien with the squinted headlights and rounded body, the look still maintains the vertical bar grill that is common on other Jeep rides. And, again, you will not be mistaking this ride for another on the road.

Inside, the Cherokee is clean with a well appointed dash and technology all around. Packed with the latest and greatest from Chrysler’s tech side, the huge MMI screen is easy to read while driving, and even quicker than previous versions to update and make changes when needed. The steering wheel has one of my favorite new features, the rear mounted volume/channel controls, built in, as well as the standard buttons for driving comforts at easy reach.

Wrapping around this technology is the somewhat, almost too much, luxurious interior, appointed in soft leather and solid dash. I say almost too much as it’s one of the best interiors I have seen on the market for a smaller SUV, and this is one designed to take off road and get dirty. Granted, I know it can handle it, but I personally would still have second thoughts. And the overall comfort of the ride inside was top notch with higher priced SUVs, with great driver’ positions and smoothness on the full variety of terrain tested.

You might say if I just stayed inside the ride, I would be sold, and while that is where I would spend most my time as the driver, the outside still has me questioning if it would be the car for me. Yes, it is a vanity aspect, and the design doesn’t take away from the capability of this ride, but overall it just doesn’t look like the Jeep I would take on the trail. And while most drivers sadly wont be barging through deep mud pits or climbing rocky paths, the vehicle surely sets itself apart on all areas of design and functionality.