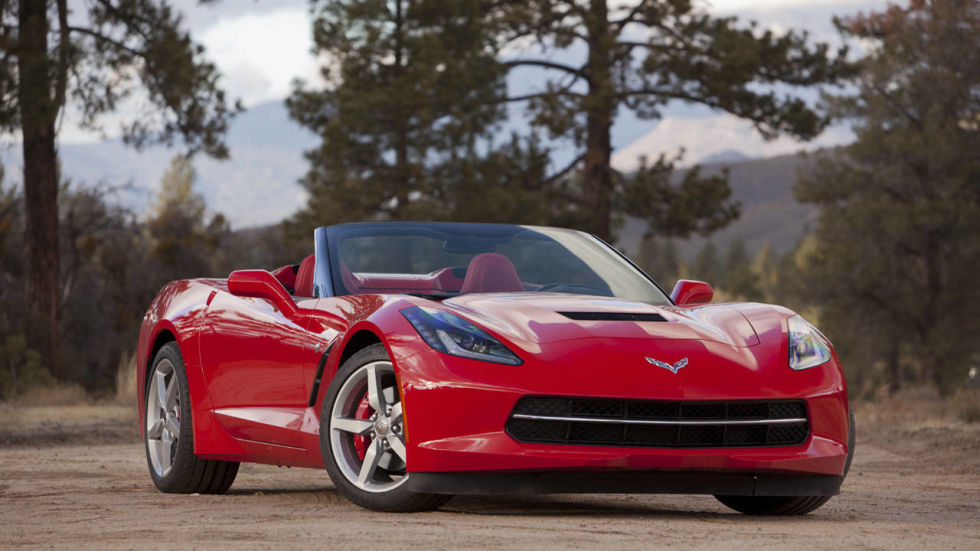 Starting from 58.995$ in basic LT1 trim, the Stingray Convertible is one of the best (if not the best) automobiles when it comes to value for money.

In terms of looks, the new Stingray easily stands out as the most beautiful Corvette in recent history. Angular and modern, the American supercar, as it was called, is now capable of truly competing with some of the industry’s heavyweights, including European counterparts, such as Ferrari or Aston Martin.

The fascia is dominated by the wide air intake, which feeds air both to the engine and to the brakes. High intensity discharge headlamps feature aggressive lines, with a signature LED strip on the side that adds to the modern redesign of the car. The vented hood is long, keeping the same proportions that have characterized Corvettes for decades, while the compact rear end is more aerodynamic and has functional air expellers and a massive diffuser, with the centrally mounted quadruple exhaust as a central focal point.

The side profile is equally as impressive, with slanted gills integrated into the front fenders. This is not just a visual artifice, as everything on the car is functional – they serve the purpose of releasing excess heat from the engine, while the other slats channel the air underneath, above and around the car in order to reduce drag and to improve the cooling of various components.

The interior has also received an overhaul. Gone is the cheap plastic feel of the cabin; now, a premium looking cockpit, complete with optional carbon fibre trim and fine leather with contrast stitching signals a shift in GM’s philosophy.

High tech options such as a Head-Up-Display and a configurable instrument cluster come as standard, while the Performance Data Recorder allows you to revisit track times and other performance data.

The power comes from a small block V8 engine that has a displacement of 6.2 litres, being capable of developing 455 horsepower; choose it with the dual-mode performance exhaust and you gain an extra 5 horses more. An increasingly rare thing thsese day, the Corvette comes with a seven speed manual gearbox as standard, but you can also specify it with an eight speed automatic, developed in-house, entirely by GM. Acceleration figures stand at 3.8 seconds for 0-60, while the maximum top speed is 180 miles per hour.

If you happen to be looking for such a car, the fuel economy (for a high performance sports car) is not that bad, at 16/29 for city/highway. However, if you’re a little heavier on the throttle, expect those figures to alter accordingly. GM has incorporated a host of fuel saving technologies, such as Active Fuel management, cylinder deactivation and direct injection, which is supposed to reduce your monthly gas bill – at least in theory, as the V8 can easily turn into a tame V4 when not pushed to the limit.