And this isn’t necessarily a good thing, unfortunately. Don’t squint your eyes just yet, there are few positive elements about this sedan. Let’s have a look together at what does the latest GM rendition has to offer for its buyers.

To begin with, the 2015 Cadillac ATS sport sedan has the primary purpose of turning the tides in the entry-level luxury vehicle segment, where as expected, BMW 3 series is currently keeping a strong pace on the 1st position. Unlike other contenders which have tried to overcome BMW’s leading segment position, Cadillac differentiates by having actual arguments. Mainly, the latest redesign of the 3 Series has been catalogued as somewhat soft, thus leaving room for some sport injection. Secondly, Cadillac definitely has its ways around stylish design, being able to produce not a nice, but a beautiful sedan.

Cadillac took the ATS to Germany’s famous Nurburgring circuit in order to fine tune steering and overall handling of the sports sedan. Since manufacturers nowadays are throwing cars to the circuit on a daily basis, this could be nothing more than a marketing effort. However, since we’re talking about Cadillac, this is definitely above an eye-candy advertising campaign; the company really went behind the project, building a sports sedan worthy of its price. And it should better be, since at a starting price of $43,700 it isn’t the cheapest.

The 3.6-liter V6 engine delivers 321hp at 6800 RPM with a 275 lb/ft of torque at 4800 RPM. A 6-speed automatic gearbox is available on the RWD Luxury and AWD Luxury trims, while the Performance trim comes with an added manual mode for when you want the power delivered to the wheels on your terms.

The 2015 V6 ATS boasts a crisp and provides decent feedback while the body is controlled with surprising precision. It’s all fun and games for most sport vehicles until you reach the daily commute. However, even here the Cadillac manages to absorb even the biggest bump in the road, even better than the 3 Series we’d dare to say, thanks to GM’s Magnetic Ride Control.

The ATS Performance trim holding the V6 engine as optional, comes with a standard 2.0T unit. Among the motor, other features include xenon headlights, an improved sound system and Driver Awareness package which works by detecting and alerting forward-collisions as well as automatically activating wipers. Front, lateral and rear side airbags are also standard on the ATS Performance trim.

On the outside, the main additions from the 2013 model are the redesigned Cadillac emblem and redesigned front end.

There is also a sad story behind this one. It would’ve been nice to say that the ATS 3.6 V6 is the ultimate European entry-level luxury segment killer, but unfortunately, that would be a lie. Although it feels rigid, packs enough power and works like a German vehicle, it is also as expensive as a German one. It gets really disappointing to see people turning away from such a beautifully designed car when they hear the price, especially when there’s a BMW 3 Series out there with a MSRP almost $7000 less. Cadillac built a beautiful car as everyone expected, but something clearly must be done in order to provide a more competitive price. 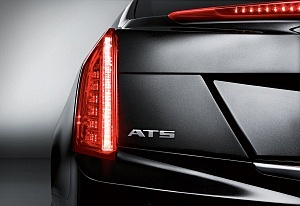 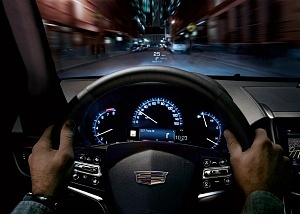 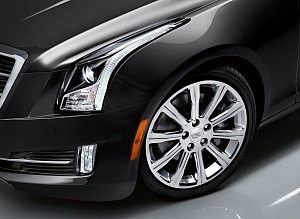 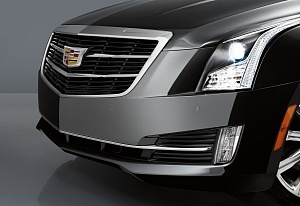