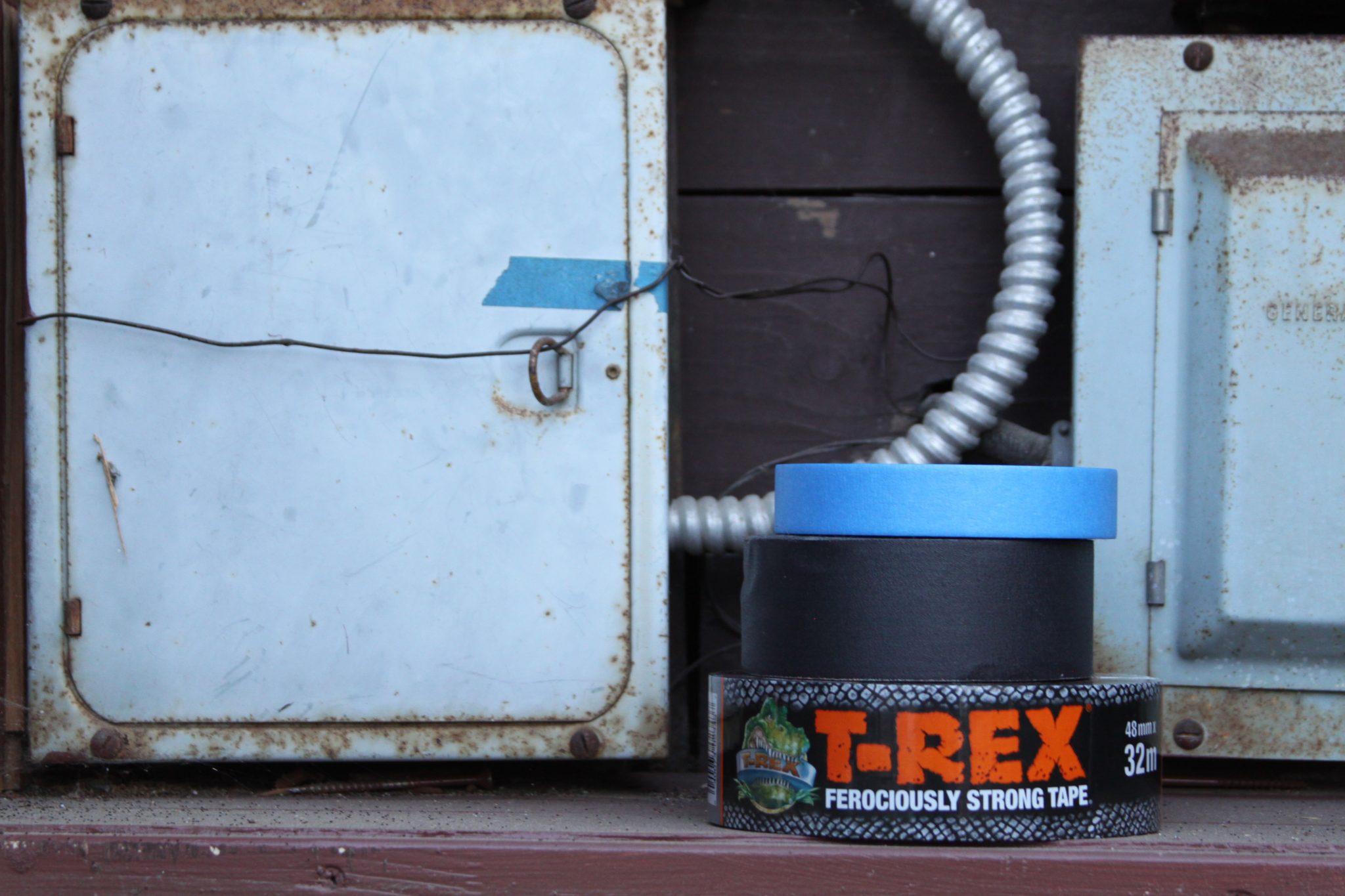 You, fella. You’re better than duct tape. You’re better than masking tape. And you are certainly better than wrapping tape. You pour your energy and time into your projects, but you’re using the wrong tools. The standard tapes you pick up in the checkout aisle at the local hardware store are not ready for the tough jobs. You’ve got to have easy-release tapes, strong hold tapes, and anti-tear tapes, but do you really have a tape that can take on those hard to hold jobs?. I’m going to rock your world with a thought – No son, you’ve got to specialize.

T-Rex® Tape has been developed from the ground up to be everything that regular tape is not. Duct tape can’t match its performance, strength, or agility. While on the outside it looks like regular heavy-duty tape, that is where the similarities end.

When it comes to TOUGH jobs, such as repairing your bumper when on the go before you get to a body shop, weak tapes aren’t going to cut it. With its UV-resistant coating, it will stand up to outdoor use and long hot summers without turning brittle. A drive across the desert would be nothing against this tape.

With it’s fully waterproof backing that prevents moisture from getting underneath and undermining the adhesive, I would even be confident using T-Rex® Tape in the wettest environments. Rope not cutting it on the boat? Don’t worry – T-Rex has you covered.

The adhesive is doubled in thickness to allow for taping of uneven, dirty, or rough surfaces. I think we’ve all tried to force tape onto something that just wouldn’t allow it to stick. You can say goodbye to that problem with T-Rex, it’s good under the hood for isolating electronics, leaky air hoses, or stopping an annoying rattle.

I’ve even had to use it for a little roadside repair of an unfastened front bumper that was flapping in the wind and just ready to get torn off. Weeks later, it’s still firmly on there, and yes, I need to get to the body shop and that will happen soon, but in the meantime T-Rex has me covered. This tapes a lifesaver on the road.

I’m sure you pride yourself on your garage’s tools, and using those tools correctly. It’s time to extend that thought to your whole garage and use the right tapes for the right jobs. Putting in a new swamp cooler? By all means use the same old tape. Anything else? Pick up the right tape and thank yourself later.