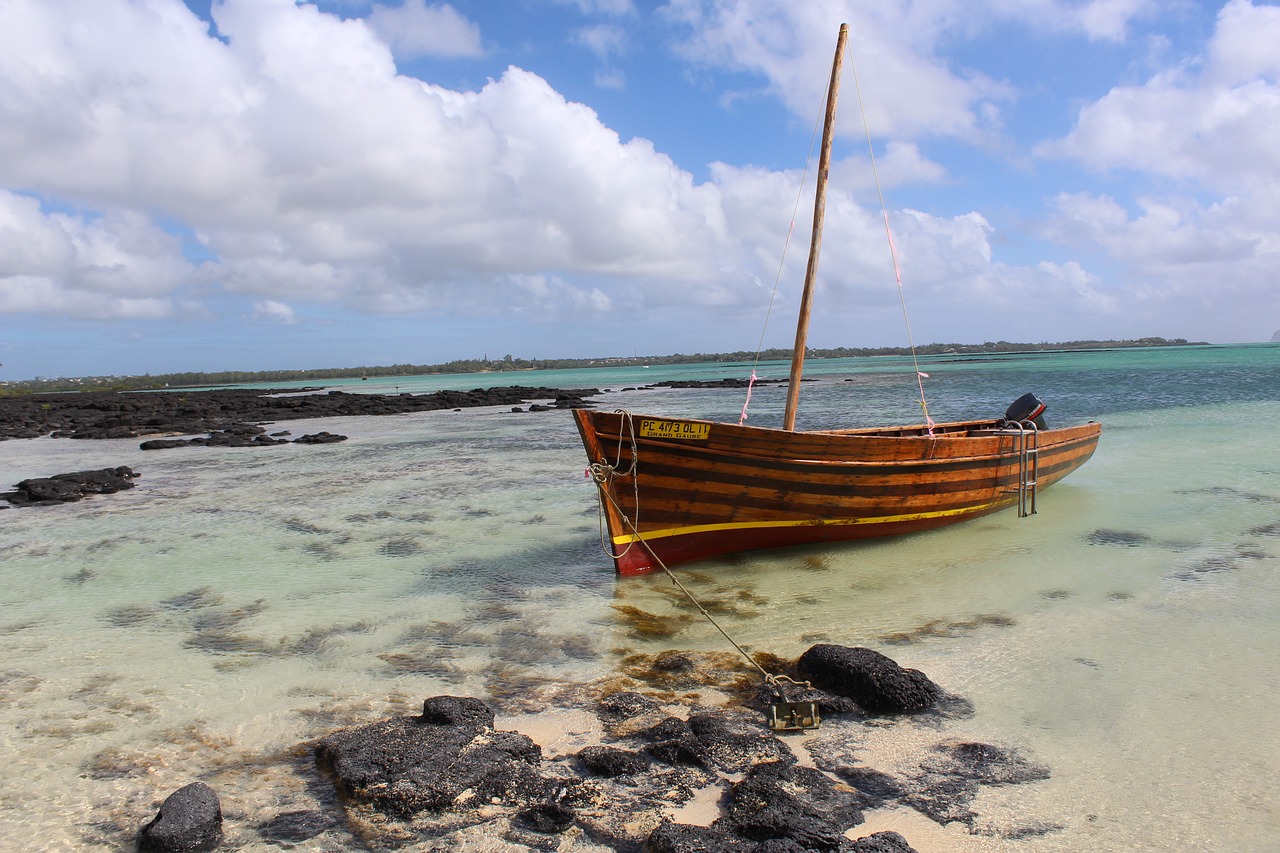 Wooden Boat on the Shore in Mauritius

“Exotic” vacations tend to be predictable for Americans: Hawaii, the Bahamas, maybe a Caribbean cruise. For some of us, financial reasons keep us within the same general orbit (who the hell can afford to fly to Fiji for a two-week vacation?). But sometimes getting farther afield — much farther afield — is worth the trip. Which is how we stumbled upon Mauritius: the coolest tropical island you’ve never heard of. Here are five reasons to drop everything and get your ass there now.

The Food … Good God, the Food

From a European colonialist perspective, Mauritius is perfectly positioned along some of the world’s most profitable and heavily trafficked trade routes. Because of the island’s location off the eastern coast of the African continent, it was often called the “Star and Key of the Indian Ocean.” In the past few centuries, the island was conquered and reconquered by Arabs, the British, the French, and the Dutch. Every takeover brought a new influx of immigrants from every corner of the globe, including Asia and the Indian subcontinent. Which is why Mauritius cuisine is among the most varied and culturally dense in the world. Some of the island’s most popular dishes blend half-a-dozen cuisines on a single plate. If you love food — especially exotic food — you’ll find no shortage of it here.

Getting There Is Not Easier Than You Think

Let’s be honest: traveling halfway around the world is a daunting task. Even with the wonders and speed of modern jet travel, the Earth is still a very big ball. But, it’s not impossible. Thanks to new routes from Air France and KLM, it’s possible to reach Mauritius from many major cities with just one stop. Time your airfare purchase right, and you’ll spend about the same on airfare as you would to get from New York to Honolulu. Plus, once you arrive on the island, everything is dirt-cheap. In the end, you can end up saving a boatload.

It’s Still Under the Radar

Until recently, Mauritius has flown neatly under most traveler’s bucket-list radars. Now, a few big names (like Lonely Planet) are starting to whisper about it, even labeling it a must-visit destination for 2018. Thankfully, most folks still don’t know about it. Bottom line: get there before the crowds. The Northwest part of the island sees plenty of tourist traffic from Europe. But, the remainder of Mauritius feels largely undiscovered.

Go Bamboo in the Southern Jungle

The above point leads us to the Southern Jungle. If you’re seeking the least developed, most rugged, least-tourist-friendly spot on the island to get far off-the-beaten-path, this is it. In particular, head to Black River Gorges National Park. It’s the largest national park on Mauritius and home to a dizzying variety of wildlife and plant life — some of which is found nowhere else in the world. It’s the perfect place to get lost camping, hiking, and exploring.

Of course, if all you’re after is a traditional “fly and flop” style vacation, there’s plenty of that here too. The beaches are some of the most pristine you’ll find on or around the African continent. They rival any destination in Hawaii and the Caribbean and, again, they’re a whole lot cheaper.