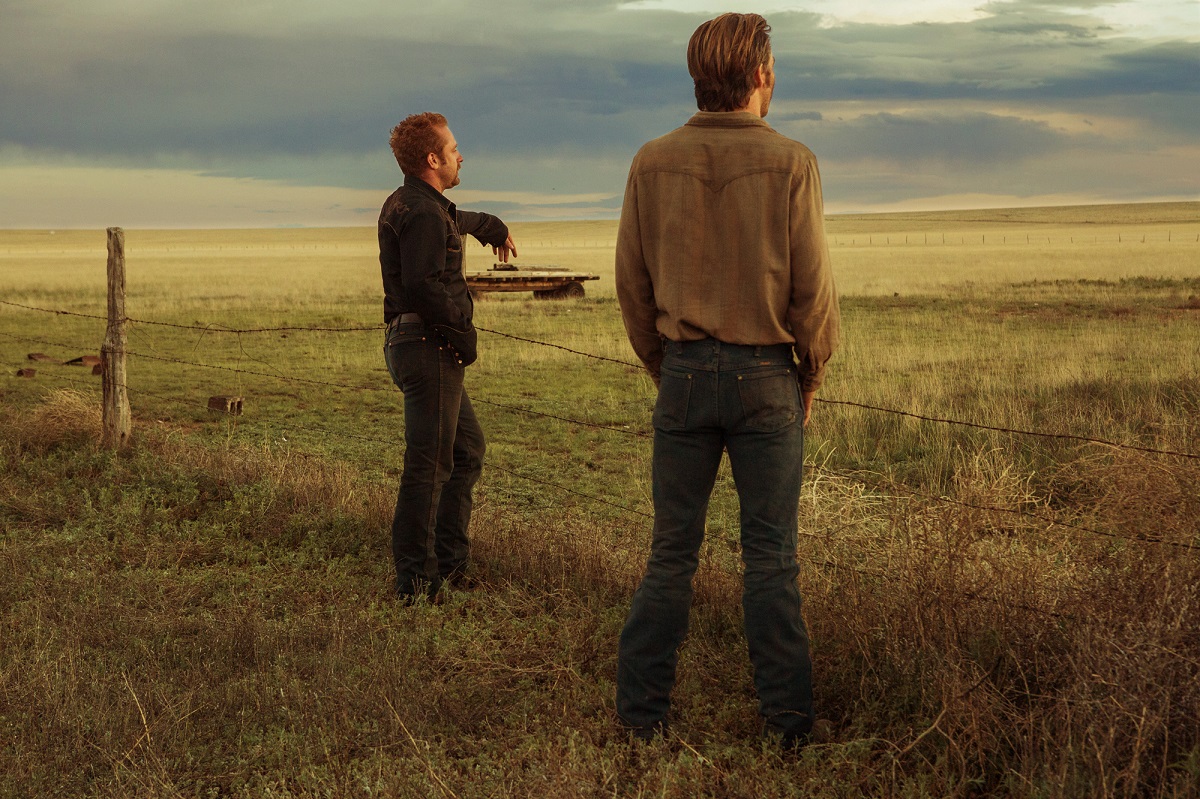 To Hell or High Water: A Modern Western With Cowboys in Grey Hats

As the lines between good and bad blur ever more confusingly these days, anti-heroes seem to have supplanted the white-hat-wearing ilk of yesterday. Such is the case with one of the year’s best films, To Hell or High Water, available now on Blu-ray and On Demand.

“Though you know their actions are immoral, highly illegal, and, thanks to Tanner’s aggressive antics, dangerous, it’s hard not to root for the Howard boys in their quest to take down every branch of the Texas Midlands Bank.”

Part western, part thriller, part action movie, part crime drama —the whole is far greater than the sum of its parts, thanks in no small part to the acting. Far from his easy-to-love Captain Kirk, Chris Pine plays Toby Howard, a thinking man and divorced father in Texas, whose mother has recently passed. To add to Toby’s troubles, the bank is fixing to foreclose on her ranch, which Toby knows is worth a fortune, and which he plans on leaving it to his kids, come hell or high water.

With no other course of action readily available, Toby enlists his estranged, ex-con, older brother, Tanner — played with fly-off-the-handle intensity by Ben Foster — to rob the very bank that’s foreclosing on their family’s land. Though you know their actions are immoral, highly illegal, and, thanks to Tanner’s aggressive antics, dangerous, it’s hard not to root for the Howard boys in their quest to take down every branch of the Texas Midlands Bank.

Since the Howards are only aiming to steal from the tellers and not from the vaults, the feds aren’t called in. Instead, the Texas Rangers – the Lone Wolf McQuade variety, not the baseball-playing kind — are enlisted, with Jeff Bridges’ Marcus Hamilton leading the investigation. Made up of equal parts Jeff Lebowski, Rooster Cogburn, and Bad Blake, Hamilton is itchin’ to go on “one more hunt” before his looming retirement. And we’re thrilled to follow him every step of the way, particularly when engaging in far-from-gentle ribbing with his half Mexican, half Native-American partner, Alberto (Gil Birmingham).

During one such conversation, it’s Alberto who shines a light on the grayness that makes Tyler Sheridan’s (Sicario) script so complex, noting that the white man took his ancestral land, and now the bank is taking it from the white man. Such a convoluted reality is what makes the whole film work so brilliantly, and what makes you root for the law and the unlawful at the same time.