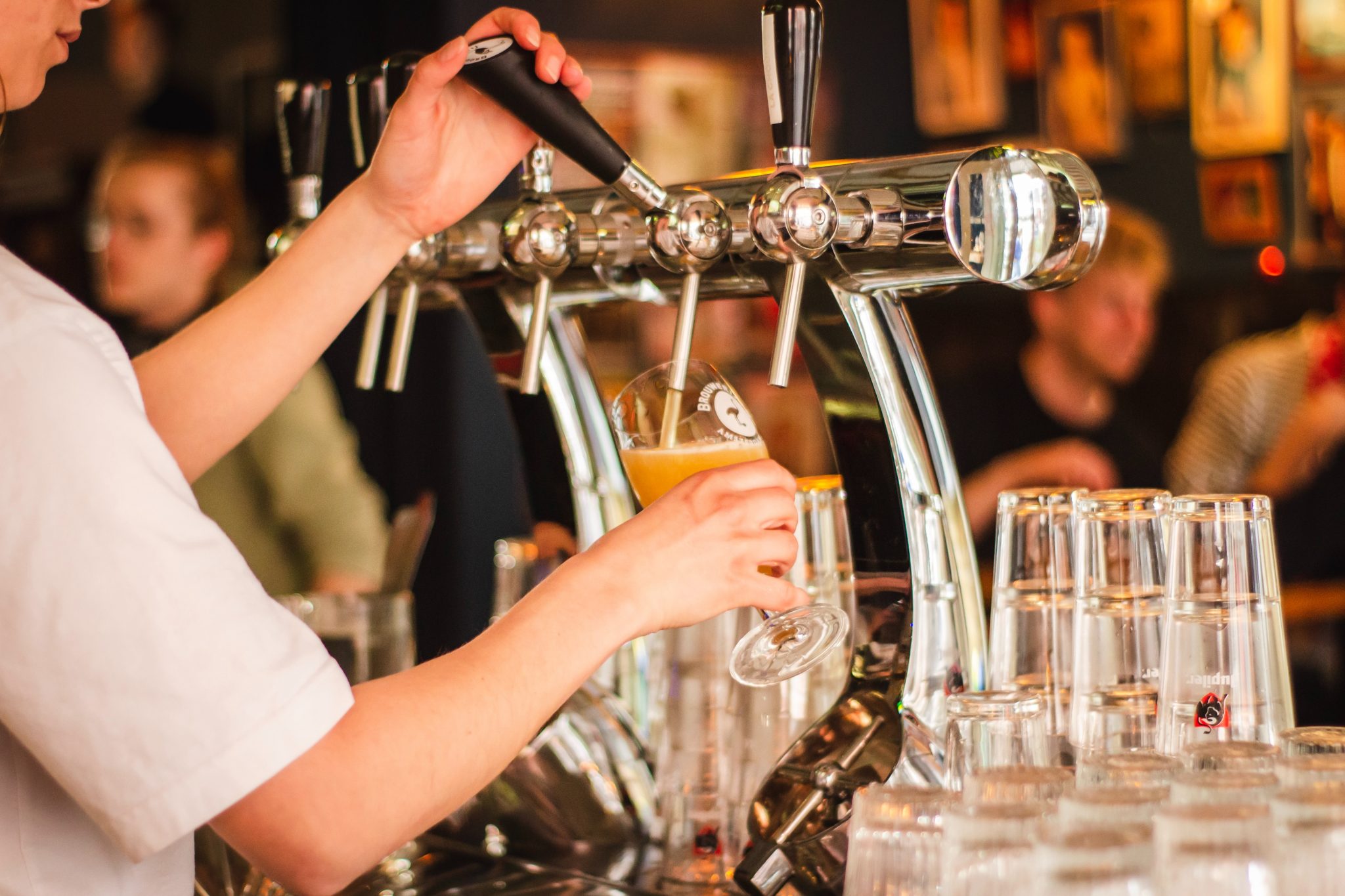 Beer is the oldest and one of the most unusual beverages created by man. We are told that it originated from Egypt or Mesopotamia, somewhere around 4000 years BC. The Hymn to Ninkasi was a prayer, a hymn sung to the Sumerian Goddess Ninkasi, Goddess of Alcohol. Not only was it a song of praise, the lyrics to this ancient pub song was the recipe to make the brew. Every verse was another instruction to the brewing process. Though through the years the brewing process has evolved to create a variety of brews all having their own style, strength and flavor. And while beer has been around for ages it remains an important part of modern culture.

How about some warm crisp fish with chips, or a basket full of beer batter fried onion rings? Beer batter fried foods is a common item on bar menus, and gives the crust a nice crisp texture. It usually adds a mild flavor, though it depends on the type of beer used and the amount of hops in it.

For one cup of flour use one beaten egg, seasoning, garlic powder or paprika and 1 1/2 cups beer. Mix into a smooth batter. You can batter fry a whole range of ingredients, seafood, poultry, onions and even potato skins! Dip the ingredient of your choice into the batter, quickly drip it off and slip it into the deep fryer.

Beer Bread is pretty fail-safe and proves to give the best results. A small quantity of baking powder or yeast is used, to aid in the rising. Again it gives a mild flavor to the bread, depending on beer type & hops levels.

Proceed to make a regular bread dough, substitute the water with beer, in the same quantity. You may add herbs, spices or even cheese to the dough to get things interesting.

Beer sauces are easy to make. Poultry and pork are the preferred meats to go with brewed sauces. Baste your roast pork with a can of brew. Use the drippings, the pan juices at the end to make a sauce. Thicken it with flour or a roux, and reduce it over a slow flame till thick.

If you are not making a roast and cooking in a pan. Say you got some chicken breasts frying in the pan, you can make a honey-garlic beer sauce to accompany it. Just fry an onion and garlic in 3tbsp of butter, add 3tbsp of flour, fry till the flour reaches a light brown color. Gradually add a quarter cup of stock while stirring, add half a cup of beer and simmer till thick. Pour in a few tablespoons of honey. Season with salt and cracked pepper.

Beer can be used to marinate any meat, just mix in some herbs and spices for flavoring, some salt and oil and marinate it for a good couple of hours or even overnight. The brewskie will give a little twist in flavor to the meat.

Drunken Chicken or Beercan Chicken can be made with beer. Though not marinated with beer, it still is drenched with it. Just marinate your chicken with salt, oil, spices and herbs. Stuff an open beer can into the chicken’s rear and roast it in a closed grill.

You fry an onion, leek and celery and add a cup broth to it. Mix in a cup of milk and a pint of beer, simmer. Chuck in a generous helping of some strong cheddar cheese, about 2 cups grated. You may add some mustard, garlic or herbs. Get yourself a loaf of bread. Garnish with crisp diced bacon, and you’ve made the manliest soup ever.

It is important that you pick the right brew to use while cooking. You don’t want the beer to be overpowering and overly bitter in your dish. Go for a light lager rather than a dark ale. Depending on the beer’s style, adjust it’s quantity in the recipe. It’s your choice, pick your favorite beer and that one should be your winner.

“When people of the ancient world realised they could make bread and beer from grain, they stopped roaming and settled down to cultivate cereals in recognisable communities.”  [Roger Protz, 2004. “The Complete Guide to World Beer“] Bread and beer were a spark to something new. People realized they could make something out of grains, ferment and cook. There now would be a whole new verity of items on the menu and beer to wash it all down.  History tells us that Beer has helped ancient civilizations develop and grow, and till today, it still keeps us going.