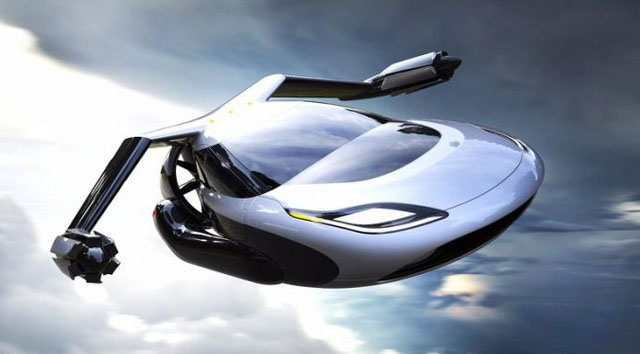 Designers and comic illustrators have started as early as during the 1950s to imagine a brand new world with a twist. The idea was that 2000 would mark the first year of a technological renewal. People would have robots who do the house chores, and cars would fly instead of driving. However, 2000 was only famous for the world warnings about the dangers of a bug, which failed to happen in the dramatic lengths that we expected. Planes didn’t fall from the sky. Power stations didn’t explode. In fact, everything carried on pretty much as normal. Indeed, engineers and programmers had spent several months planning and editing to avoid the technological crisis. Bugs were found and corrected on the spot that nobody noticed any issue. However, what people saw was the absence of flying cars and home robots cooking their dinners.

Even science needs time to develop and finally meet our expectations. 2000 wasn’t the year of the robots. However, scroll forward 20 years from now, and 2039 might well be the year that changes everything you know about technology. Why so? Because we’ve already noticed significant transformations in the way society integrates tech and smart solutions. Within the past few years, the progress has been gigantic, embracing the Internet of Things to create a connected world where you can share your favorite running route and turn down the temperature at the touch of a screen, seamlessly switching between your public profile and your home privacy. Picture yourself, 20 years into the future. Cars might not yet fly, but technology is at a point where the sci-fi visions of intelligent devices and interactive tools have finally come to life. Look around your future home, walk into the living room, check the shelves and the cupboards and figure out what your favorite gadgets in 2039 are.

One last piece of advice before you launch into the bottomless well of your imagination; most of the tools you are using today are baby steps towards the tools of tomorrow. Don’t think different, think better than what you already have!

Hop on your hoverboard

Tech is a possible force for the future

At its core, technology was always designed to make human life easier and better, from the invention of the wheel to the first computing device. However, the quick progress in the tech sphere in recent years have encompassed the principles of ease and comfort to perfection. Today’s tech has dramatically improved people’s lives in an accelerated manner. Every activity has been made more efficient, whether you’re trying to keep in touch with remote friends or you’re planning a dinner out. The Internet makes not only many things possible, but it also keeps your organizational procedures to the minimum. It’s a matter of click and done! Using the same principles of speed and accessibility, today’s tech has enabled many individuals to start a successful home-based business. Online entrepreneurs are not only multiplying, but they also have total power over their self-generated income and their brand image, hence creating a new career in a few clicks.

You drive an electric car from Asia

While the attention is still focused on supercars and classic vehicles, the cars of tomorrow will be eco-friendlier. Electric vehicles are in their infancy. Many drivers are cautious about buying a car that needs to be recharged often and for extended periods of time. However, you can expect that the electric cars of the future will have improved their charging patterns. Nowadays, Tesla is a favorite when it comes to electric engines. However, its cutting-edge technology is not unique anymore as more and more companies have emerged to compete against the American brand, www.car-buying-strategies.com. Prominent competitors are appearing in China, where tech startups have shown both the ability and capacity to become a market threat in the near future. Indeed, Tesla has numerous vulnerabilities that can be exploited by newcomers to the electric automotive market. By this year, 10% of new car sales in China will have to be electric vehicles, forcing local manufacturers to adapt. Consequently, you can expect your future car to be an electric model from China!

Your doctor monitors your health online

Activity trackers serve a definite purpose; they support your fitness progress. However, more and more users have been able to uncover new properties in their favorite wearables. Your wrist tracker or smartwatch can, indeed, save your life. In fact, it already has saved numerous lives by highlighting abnormalities. An Indiana teenage girl, Eliza Wilson, started to wear a Fitbit to track down her heartbeat. When her heart rate began to increase abnormally during resting periods, her mother decided to consult a specialist who discovered a heart defect. Heart repair surgery changed the course of Eliza’s life. Eliza is only one of many people whose lives could be preserved thanks to the fitness tracking device. Rising heart rates – or even decreasing ones – have helped to spot many health issues before it was too late. You can expect that in the future, fitness trackers will turn into mandatory health monitors which can not only let doctors keep track of their patient health but also ensure that the healthcare system notices abnormalities.

Your fridge takes care of your dinner

What are we eating tonight?

It’s the eternal question couples and families face in the evening. When you’re trying to maintain a healthy lifestyle, the question can throw you off balance and convince you to order a takeaway. After all, it’s more convenient, and you really don’t know what to cook anyway.

In 2039, your fridge can become your best dieting assistant, keeping you on track by suggesting recipes based on the ingredients you’ve got, as suggested here https://dornob.com. With additional dietary information, your fridge can also make sure to avoid anything that could lead to allergies or discomfort. Besides, you want a refrigerator that can take care of itself, not only in terms of cleaning – nobody likes cleaning the fridge – but also in terms of shopping. If you’re running out of milk, you don’t want to have the nasty surprise while preparing your morning meal. Your fridge can track stocks and orders in real time, avoiding the dried cereals drama for breakfast.

You don’t have to worry about pet maintenance

Pet owners have already embraced tech trends such as automatic feeders to keep their beloved animal entertained during the day. But it’s the interaction between a parrot and Alexa that proves the most revealing. Rocco, an African Grey parrot, had been using Alexa to order his favorite treats, including strawberries and ice cream – his owner, however, had set up an order process that required from Rocco to log in to confirm the order, which is why the amusing parrot never received the treats he ordered. Nevertheless, you can expect that by 2039, smart tech will include pets and provide dedicated support for your family animals, from the parrot to the cat. It could change the cat tray, keep the aquarium fresh and play with the dog during the day.

Reduced mobility is not a handicap anymore

Devices such as Alexa are not just entertainment for the family – and your favorite parrot – they have proven to deliver a significant change in the life of those who struggle with handicaps and mobility issues. Indeed, Alexa can improve your everyday life by responding to an audio cue to play your favorite music, pass an order online or even vacuum the room – assuming you’ve got a smart vacuum cleaner. Smart tech, and especially intelligent home systems that can be controlled via voice control or at the click of a button, is revolutionizing the way we, as a society, deal with handicaps. By 2039, you can expect smart homes to be a requirement to encourage independent living and reduce isolation for disabled individuals. In the future, disabilities might not even be worth mentioning any longer!

You hop on your hoverboard to go to town

Do you remember that famous scene in Back To The Future when Marty McFly jumps on a hoverboard and escapes Biff? The iconic moment had kept the public dreaming of a world where clothes could self-dry, adjust to fit any body shape and size, and skateboards could fly. The hoverboard is not a dream anymore. It’s an actual product that is available for purchase – assuming you’ve got $10,000 to spend. By 2039, it’s likely that the hoverboard tech will let you ride into town, not only safely but also at a more affordable cost. It could even replace city bikes in cities!

You work in a virtual office

Last, but not least, there is no such thing as a typical office anymore. You start the day by putting a VR helmet on your head to connect to your coworkers. Virtual offices are already a thing. But in 20 years, they are going to transform the office life for good, enabling people to work from anywhere without worrying about privacy or space.

Of course, speculations are the cement that holds the bricks of the future together. Nevertheless, it’s easy to see that we’re already using most of the technology of tomorrow.