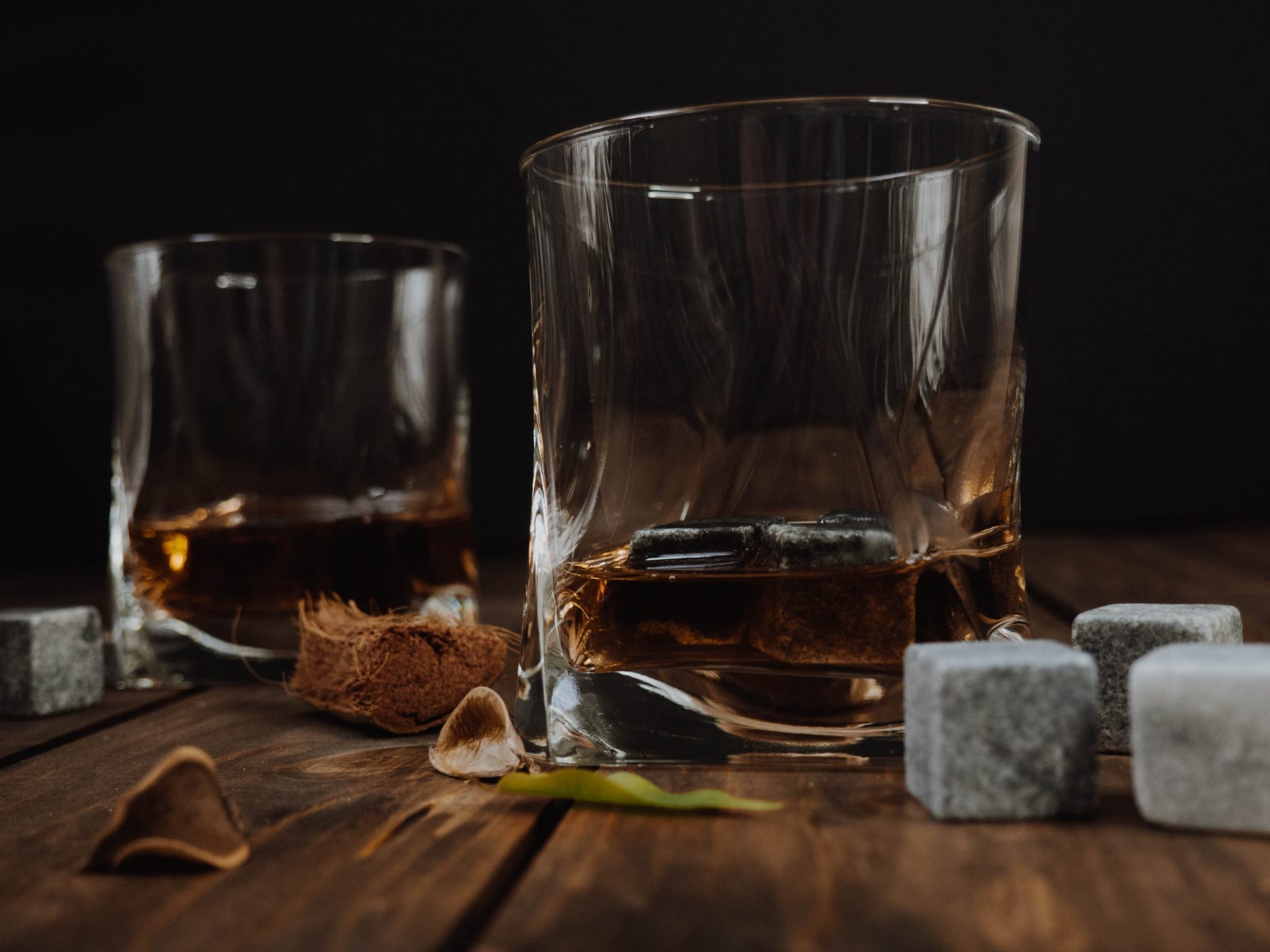 The 5 Best Spirits To Be Your Fireside Companions

When you think of sitting by the fire on a rainy night, you can’t help but think of comforting toffee-colored spirits sitting by your side. Why can’t we separate the two? It’s because whiskey, bourbon, brandy, scotch etc, all have the same thing going for them. They’re tasty, strong, refined and they warm your insides. So, since there are so many options for a midnight companion in this regard, which ones stand out? We looked at a range of options, went through each to inspect its weaknesses and strengths, and ranked them in order of quality, the feeling they give and how friendly they are to the average palette.

Bourbon is America’s version of whiskey. So you can expect it to be full-bodied and rather than go for one singular type of grain, it will have a more rounded flavor. Over the years, whiskey-lovers have been debating among themselves, asking if American whiskey is on par with the rest of the world. As time has gone on, American whiskey has coupled a great body of flavors, with a refined smooth finish.

One of the best brands is Blanton’s, owned by the Buffalo Trace distillery out of Louisiana. Their gold edition has a brilliant rich flavor. The ingredients include citrus, dark fudge, white pepper and rye. These are spirits that have been distilled in traditional oak barrels, giving them a hearty, throaty texture that you can pick some up for sale at The Bottle Haus. There’s no mistaking the bottle, as the horse and rider on top as the stopper are recognizable from the other side of the room. Their single barrel and black edition will please bourbon and whiskey drinkers who crave a variety of flavors, but made at the same quality.

When you are sitting alone in the middle of the night, reading a book and listening to the raindrops hitting the windows, you should be accompanied by a tough old bird. The Glenmorangie vintage fits this description to a tee. It’s made with a vintage malt, dating back to the early 1990s. It’s been aged for about 26 years and has only seen about 4-5 releases. This does mean that it’s a little scarce but it’s going to be one of the finest spirits you have ever had.

Made in Scotland, it has a very deep rich plum taste, which gives it a sweet but earthy flavor. This is a whiskey you can enjoy by itself, or with some bold chocolate. It also has some truffle notes which is where it gets it’s down-to-earth texture and tone. This whiskey is not necessarily for beginners, as it sits at 43% proof. The toasted oak barrels give it a deep yet calm aftertaste.

Spain is known to make some of the finest brandys in Europe. It’s climate is perfect for growing the types of fruits that are best used to make brandy, especially in the northwest. However, Andalusia is where some of the top brandys are made due to the quality of cherries, oranges and figs. The Gran Reserva Fernando brandy is made with local fruits and spices. It’s been aged for about 3 years, but some bottles will be aged up to 6 years. This brand is of course focussing on brandys which you can drink on any day. It has a hint of vanilla extract at the tail and the oak barrels give it a nice body and texture.

This type of brandy you can have with dessert. So if you’re sitting with a friend eating a cake or perhaps a pie, this brandy is the best friend you can ask to join you. It is 40% proof, which is not particularly strong for a brandy, so you can drink it on it’s own. This makes it beginner-friendly also. 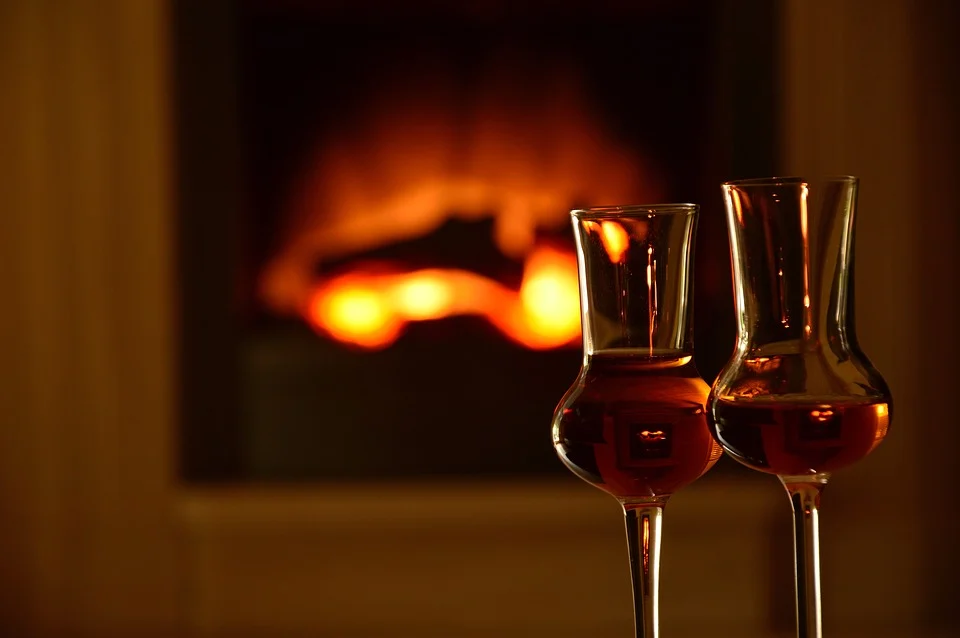 Whiskey is often strong and doesn’t have complex flavors, or at least not as much as brandy spirits. Brandy doesn’t have a body like whiskey. So wouldn’t it be great to have a great mix? That is what the WhistlePig Amburana Rye is all about. It’s been distilled for about 12 years and has been made purposefully with a desire for it to provide a bridge for brandy lovers to cross. The ingredients are plum, toffee, cherry, chocolate, sultanas, coconut, mint and other spices. The green apples and creamy coffee finish gives a nice sweet tone to this great whiskey.

It is 43% proof so it may not be for the beginner. However, if you love fruity brandys, you’ll want to give this a try. It can be drunk with food, such as dessert. You may find that it goes well with cakes and coffee desserts because of it’s chocolate and fruity tones.

The French have been making some of the finest brandys in the world. In fact, some say that they make the best due to their cognac industry. The Baron de Sigognac has been aged for an amazing 25 years. This is particularly impressive for a brandy as normally whiskeys are those that age for decades.

The nose will be hit by a range of dried fruits such as prunes, plums and sultanas. The body is made of rich dried fruits and spices, as well as a fading hint of rich chocolate. Toffee and caramel are also hiding but after a few sips, they reveal themselves. The finish is a little spicy but it will slowly vanish. The tail end is smooth and doesn’t leave a rough alcoholic taste. There is a range of ages to choose from if the 25 years old is too strong. They also do 10 and 15 years. The younger variants are sitting at 40% proof, while the oldest ones will be 50% and over. This is not one of the spirits a beginner should try, it’s for the brandy lover who has been there and done that.

Who doesn’t want to have a midnight companion who will warm our insides and thrill our taste buds? These are some of our choices, which brown-ish orange drink do you like to call your late night friend?