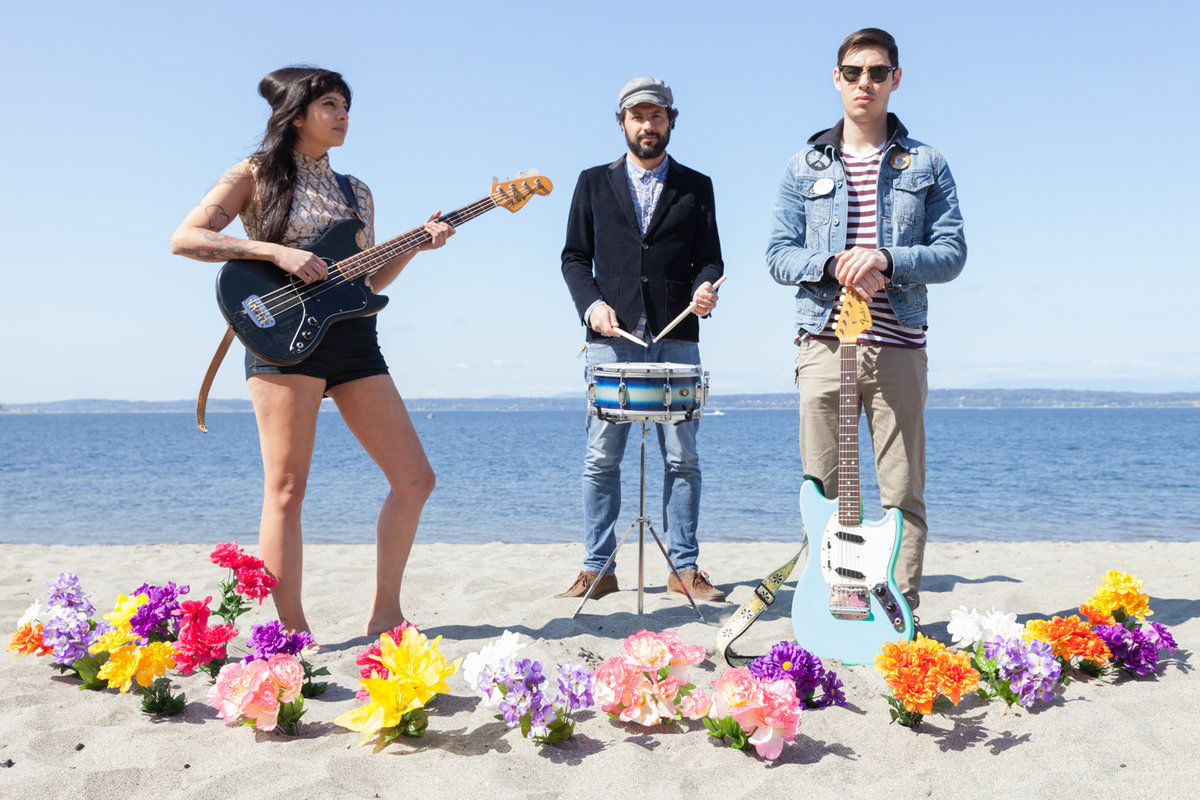 While there’s often a frustrating, fake spring in late March, summer doesn’t actually arrive in Seattle until the beginning of July.

But that didn’t stop new Emerald City three-piece Acapulco Lips from releasing a set of sun-bleached, surf-infused tunes back in April, when the famously soggy city was still riding out its lengthy rainy season. Over the last few months, the band’s hook-laden, self-titled debut has been getting plenty of airplay on Seattle independent radio station—and national treasure—KEXP, and while I haven’t seen any upcoming tour dates, this is a band I’m absolutely dying to see live.

There’s a fantastic balance at work across the nine-song debut, which features an intoxicating cocktail of pounding drums, shoegazey guitar, groovy bass lines, and singer Maria-Elena Juarez’s biting, bouncing vocals. It’s a bigger sound than you might expect from a three piece, with an upbeat, buzzing urgency which carries effortlessly from from track to track.

First single “Awkward Waltz” unfolds in a crystalline, hypnotic spiral, and the sparkling “Tonight” manages to put a cheerful, high-energy spin on a couple’s spat. When Juarez warns she be ignoring her phone, won’t be coming home after her night out on the town, and promises that “tonight you’ll be sleeping all alone,” we’re less concerned with her relationship, and more concerned about whether she has a good time blowing off steam. It’s a feel-good track sprung from a feel-bad situation, and it’s one of the record’s unquestioned highlights.

Album closer “No Longer” has a sprawling, laconic vibe which gives the cut an almost tropical feel, and fades out with a smile-inducing, seemingly off-the-cuff vocal riff about how much Juarez loves burritos from Taco Bell. It’s the kind of touch which keeps the record happily grounded, and ensures lovers of well-crafted garage will likely spend many hours with it on repeat. Acapulco Lips have made a record which could conjure summertime vibes in a blizzard, and the cohesive sound is especially impressive for a first release.

While Acapulco Lips is available via download from newly-founded label Killroom Records, do yourself a favor and pick up the vinyl. All to often, we’ve seen gems like this only get a small first pressing, which means if you actually want the physical media, you’ll pay exorbitantly for the privilege after they’re gone. You’ll thank me later.