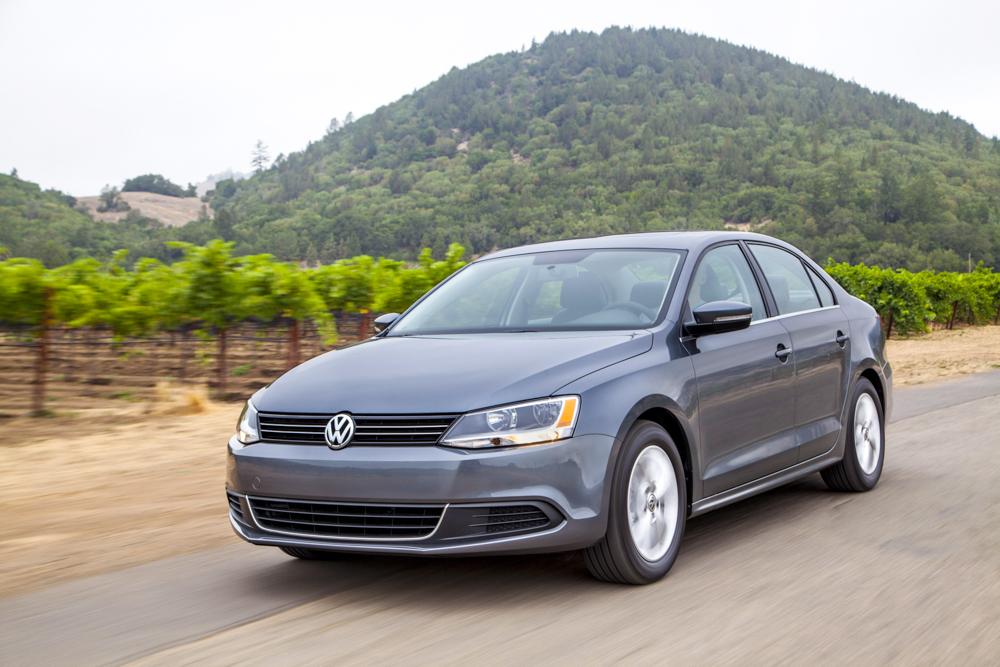 Is The Economy Commuter Back?

Once upon a time, the average commute to work was less than 10 miles, but that time has long since passed.  With more and more stories of hour long commutes, it has become clear that the average gas guzzler is not going to cut it for the drive anymore.  With fuel going up and up in price, a short day at work could even cost some people money to even show.  In the the past decade though, manufacturers have been pushing out econo-boxes to the American driver, vehicle often lacking of get-up, styling, or soul.  These rides worked for some, but for most, the willingness to drive gas guzzlers outweighed the desire to own something so boring.

But we think that might had changed thanks to Volkswagen and their 2014 Jetta SE. Priced under $18,000, this might have turned the tide on the econo-box dilemma, bringing styling, comfort, and some solid power to the table.  VW, not shy from working outside the box, built this car to be inexpensive, but still feels more solid than many of the more expensive Japanese sedans.  Though not as fully featured as previous models, it does not feel as if it is missing anything for the drive.  Comfortably sitting 4 adults in it, along with a boot big enough for a few suit cases or golf bags, this car is not the small Jetta from passed years.  Coming in a bit around the size of the older Audi A4s, it has a bit of a presence, but not so much to feel disconnected with the road or surroundings.

But that brings to question if this is really the next step in economy commuters, and if they really do need to be bigger to fit the American buyers lifestyle.  Not necessarily, and any bigger, this Jetta SE wouldn’t fit the category and would be out of style.  No, I think the size makes it stand out, shows that you can achieve solid MPG and power to the wheels in a vehicle bigger than a Matchbox.

And what about beyond the commute?  Well, it is an entry level car, and has entry level features and design, such as unused button spaces, manual seats, and minimal technology comforts (though the Bluetooth is one of the best I have used).  Where else does this car fit into the lifestyle?  Sadly, at this level, not many places.  It would be a killer graduation present for the college bound grad of course, or great car for new parents on a budget, but it does miss that multi-use market a bit.  It’s comfortable enough to go out on a date with, but bland enough to not turn heads.  It has enough power to climb the Rocky Mountains, but lacks that level of fun some of the smaller cars have when it comes to corners and passionate driving.  While you could pack it full of gadgets and features, working your way up to the GLI level package, that would miss the point.

And that’s where Volkswagen did right.  This was designed with a purpose in mind, a concept of affordability, German engineering, comfort, and power, all on a solid built design and with all the great safety features.  It’s nothing more than you need, and everything you do.  It fits the bill with a little bit more, and when the time comes, is the perfect transition car into something with a bit more excitement.

So is the economy commuter back in fashion?  Yes, absolutely, and for less than 18k, it’s a much more affordable option to be hitting the road in than the gas guzzlers we still see on those long drives.  Heck, pack it full of fellow car poolers and make a little money on the side.