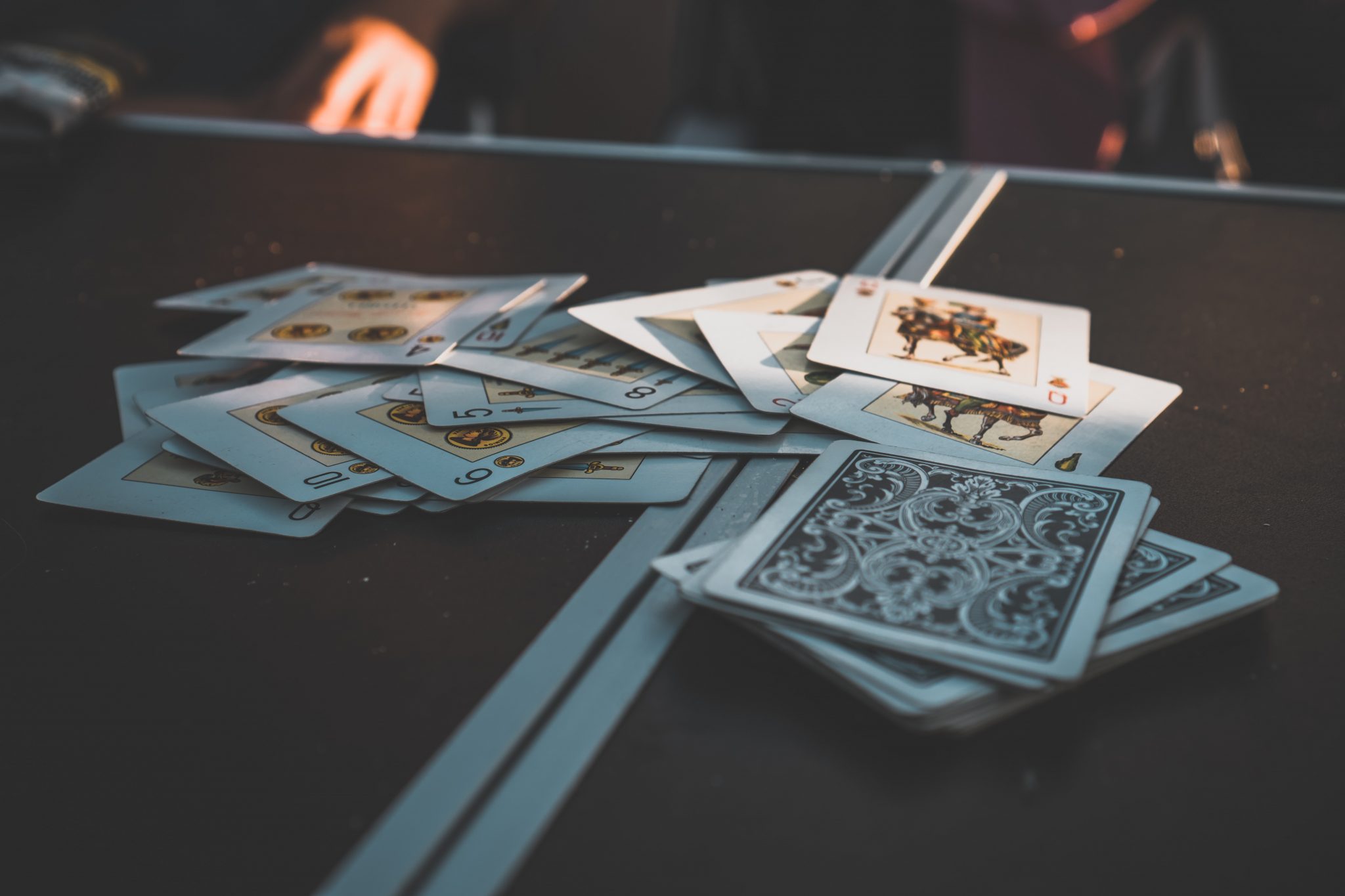 Photo by Stephan Mahlke on Unsplash

Most Played Games That Don’t Involve PC’s Or Consoles

Technology has advanced so much over recent years that it is hard to imagine a part of our lives that are not affected by it. Most of us will spend all day working at a computer screen, then taking our breaks looking at a mobile screen, and then get home to watch shows on a TV screen. So, if you are craving some downtime away from technology then you have come to the right place. Here are 5 of the most played games that do not require PCs or Consoles.

Magic: The Gathering (MTG) is a tabletop card game that was first released in 1993. It was the first trading card style game created and now it has an estimated 35 million players across the world. Its popularity spiked between the years 2008 to 2016 and over twenty billion MTG cards were produced in that time.  The game drew inspiration from other role-playing based games including Dungeons and Dragons, however, MGT uses significantly more cards and far more complex rules than any other game similar in nature.  The game can be played by two or more players, both in person and virtually. Players create decks from cards they have bought and typically there is a minimum of 60 cards in a deck. There is a wide range of topics on MTG, which gives the game an exciting versatility. It is played at an international level as worldwide tournaments take place putting the best of the best MTG players against one another. It requires logic, skill and experience to succeed.

Yu-Gi-Oh! Trading card game was first launched by Konami in 1999 in Japan, followed by North America in 2002. It is a collectable card game that is based on the manga franchise Yu-Gi-Oh! It was named the top-selling trading card game in the world back in 2009 as the game had sold over 22 billion card games worldwide. A faster-paced version of the game, Yu-Gi-Oh! Rush Duel, launched last year in April 2020, in Japan. In the original, players will use a deck containing forty to sixty cards and each player starts the game with 8000 ‘Life Points’ and the aim of the game is to reduce other player’s life points by using monster attacks and spells. Ditch the video games and give this classic trading card a try.

Beyblade is a spinning-top toy that was initially released in Japan in 1999 alongside a TV series. The game is similar to Battling Tops, which was a board game developed in the late 1960s. The game is placed in a shallow plastic tub that resembles a stadium and it is played with two or more players. Each player can have up to 3 Beyblades and use any one of them for a battle in a match. There are two ways to win a match, firstly the player whose Beyblade keeps spinning the longest is the survivor. Secondly, if a Beyblade is knocked out of the stadium or falls into a out of the stadium that player loses by knockout finish. The more money you spend, the bigger and better your Beyblades will be. So unlike some of the other games listed here, it is a lot less about skill and problem solving and more about how strong and powerful your Beyblades are. This game is probably the least well known out of the ones we have just been through, however, it was still widely popular.

Dungeons & Dragons (DnD) is a fantasy, role-playing game that was first published in 1974. It has been hailed as one of the very first role-playing games in the industry, paving the way for other like-minded games. Each player takes on the role of a character and together they embark on adventures that are based in an imaginary, fantasy setting. There is a Dungeon Master who acts as the referee and narrator. Players will engage in battles, work together, gain knowledge and more in order to earn experience points (XP). Players need XP in order to move up levels and become more powerful. Ever since its creation, it has gained an extensive and vast following with an estimated 20 million people playing the game worldwide. The year 2017 saw a dramatic rise in players as the numbers went up from 12 million to 15 million people in North America. Dungeons & Dragons have won several awards and have been translated into a number of languages.

Warhammer 40,000 is a miniature wargame that uses a tabletop model to recreate a battlefield. Players take turns moving their miniature figurines around the battlefield and use dice and basic arithmetic to resolve battles. The models include a mixture of humans, aliens and monsters each with its own weapons and magical powers. What makes this game unique is that you cannot buy ready to play models, instead you buy boxes of model parts. The game expects players to build and decorate their figurines. This game can be significantly more costly than other gaming hobbies as you end up having to buy a lot of materials to be able to be game ready. Examples of things you will need to purchase include, dice, measuring tools, glues, acrylic paints, figurine parts and so on. While you can buy premade terrain models, a lot of players prefer to create their own ones. The official DnD rulebook suggests placing your terrain on a table that has a width of 4 feet. Unlike many other miniature wargames, figures do not move in a grid system. Instead, players use a measuring tape to move distances in inches.

Some of these games have been around for a long time now and they do not seem to be going anywhere anytime soon either. There is something quite special about being able to play a game that is physical and not limited to online/virtual play. So if you are searching for a new hobby or simply want to get back in touch with life before the influence of technology, then consider picking up an old fashioned rule book and give one of these popular games a go.