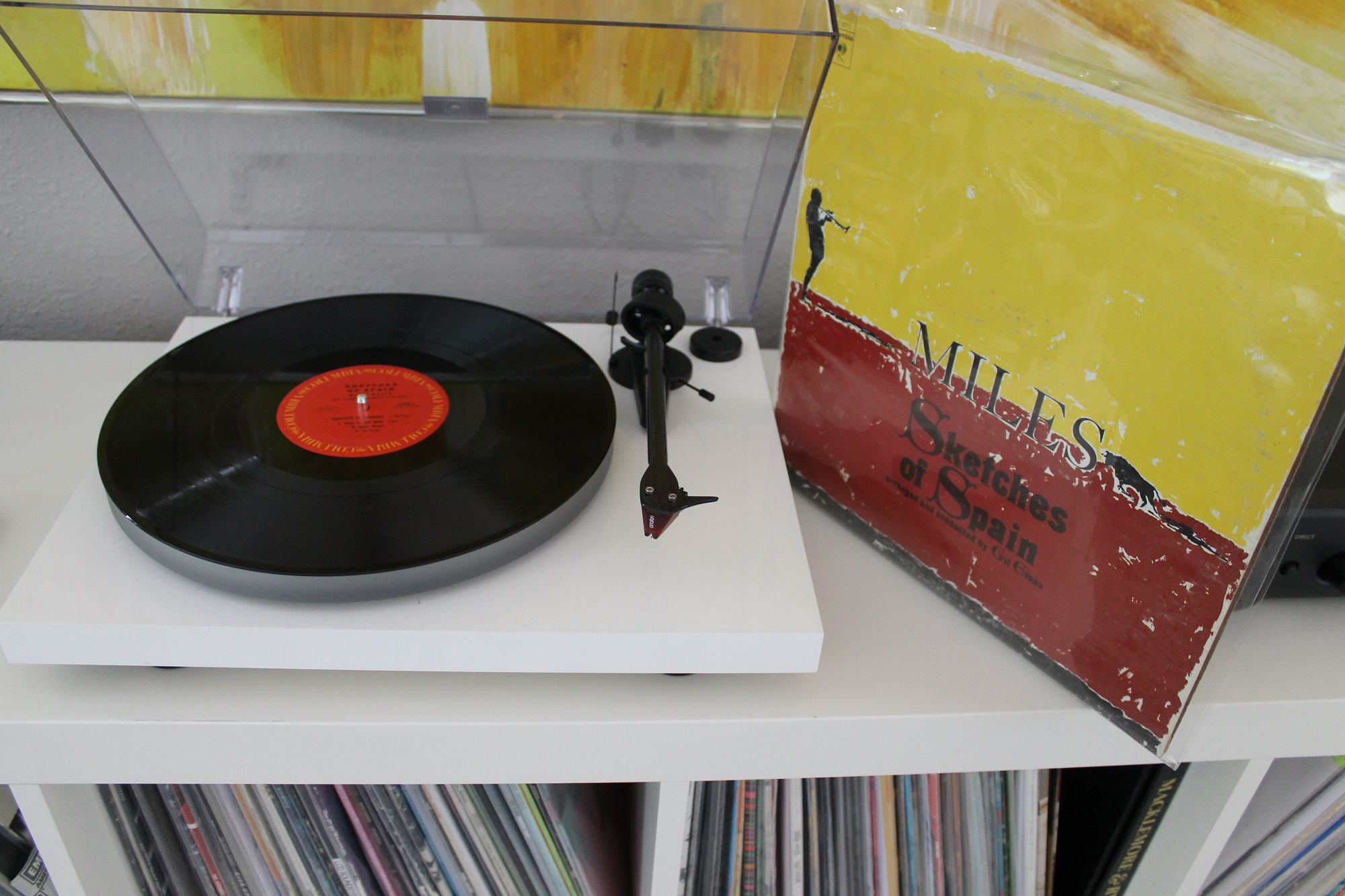 ‘Miles Ahead’ is an Interesting, if Incomplete Portrait of a Jazz Genius

In the opening frames of Miles Ahead, Don Cheadle’s long-gestating passion project about late jazz genius Miles Davis, the menacing trumpet master abruptly cuts off an interviewer from Rolling Stone.

“If you’re going to tell a story,” he growls at Ewan McGregor’s startled scribe, “come at it with some attitude.”

And Miles Ahead—for better or worse—does approach the tale of Davis’ brilliant, often chaotic life with appreciable amounts of attitude. Cheadle delivers an exhilarating performance as the the Prince of Darkness, who’s seen mostly in an imagined maze of gunfights, gangsters and car chases crafted to convey the fantastic, frantic pace of his music.

And overall, it’s an interesting strategy.

The initial shots are claustrophobic enough to make viewers cough from the foreboding aura of cigarette smoke which envelopes Davis, and seemingly mirror the drug-addled, reclusive state where we first find him. Between the struggle to retain, and then reclaim, his latest master tape, there’s a manic motion and rich, visual poetry to the film, particularly during a tense boxing match sequence where Davis catches a younger version of himself performing.

That said, fans looking for a traditional take on the life of the man behind the horn will be better served by reading Miles: the Autobiography.

Structure-wise, Miles Ahead is far closer to Jacob’s Ladder than it is to Ray. There’s nothing about Davis’ upbringing in Illinois, his parents, or his introduction to music. We feel his love—and the crackling strain of that love—to his first wife Frances, but never to get to see him pick up a horn for the first time. We don’t see him meet bop luminaries like Charlie Parker or Dizzy Gillespie. We don’t see a cocaine-fueled Davis crash his Lamborghini Miura and break both his ankles—which is something Cheadle and co-writer Steven Baigelman wouldn’t have had to invent.

For many fans, what might prove most disappointing is the gun slit-view we get of Davis’ extraordinary, groundbreaking career. The precision of his notations with arranger Gil Evans during the Sketches of Spain sessions, where we feel the orchestral majesty of “Concierto De Aranjuez (Adagio),” is one of the film’s most powerful moments, but there aren’t any others like it in the film.

To watch Davis improvise the soundtrack to French director Louis Malle’s classic Elevator to the Gallows would have been magnificent, and we get barely a glimpse of his Birth of the Cool-era genius, in favor of the more challenging sorcery of efforts like Live-Evil. But Miles Ahead is an attitude-laden portrait of a man possessed with legendary attitude, even if it might treat too close to “don’t meet your heroes territory.”

Catch it on the big screen if you can.