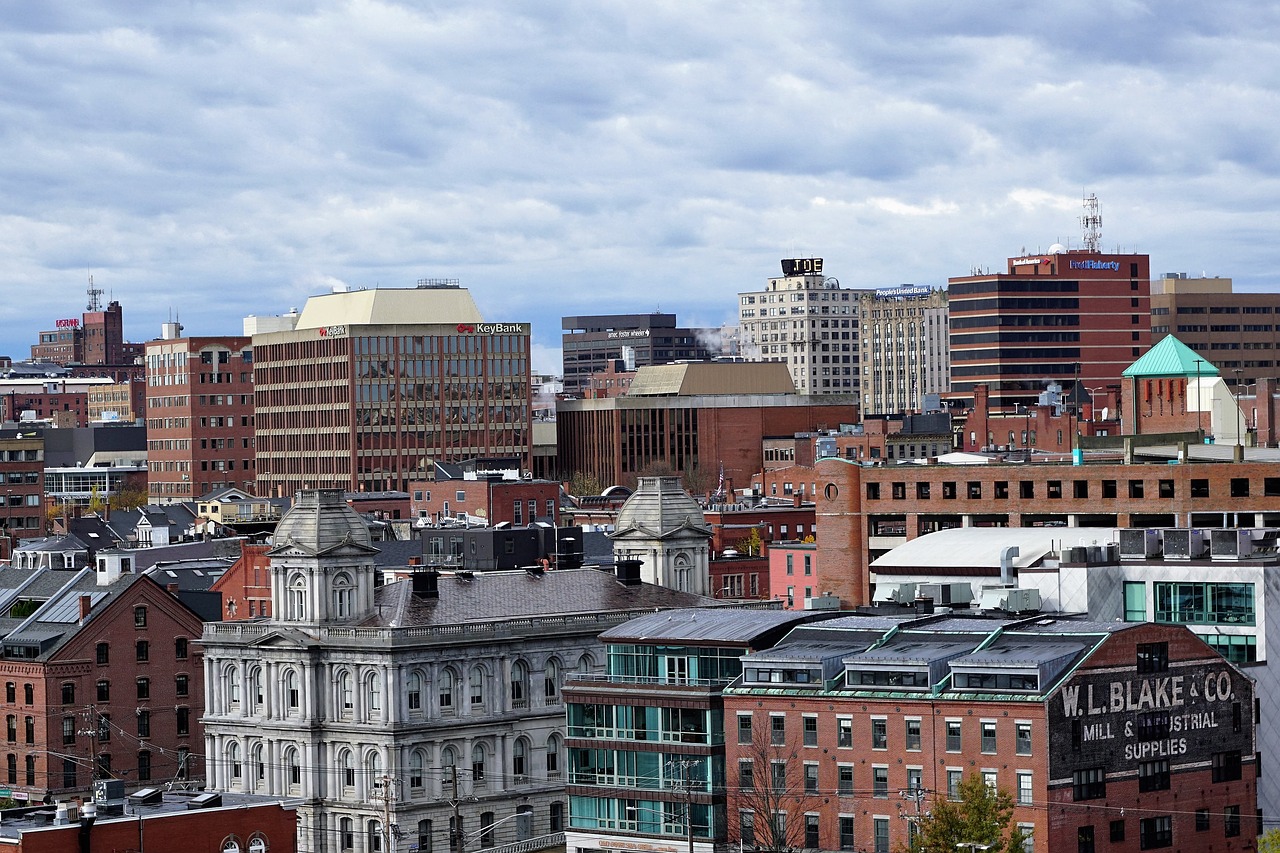 48 Hours in Portland. The Other Portland

If I say “Portland,” you say “Oregon.” Don’t worry. You’re forgiven for being so reflexive.

Today, we’re talking about Maine. Portland, Maine. While it’s garnered plenty of recent attention, it still hardly gets the praise it rightly deserves as one of the greatest culinary cities on the East Coast, nay, in the United States. Assuming you have just 48 hours — perhaps a long weekend — to eat and drink your way through Maine’s greatest city, here’s how to spend it wisely.

First up: start your day off right with a hearty breakfast at Hot Suppa. This local institution serves made-to-order, Southern-inspired fare (think gumbo or chicken and waffles) with a New England flair. Their homemade corned beef hash is among the city’s best-known culinary celebrities. If you’d rather skip a proper sit-down meal and hit the ground running, stock up with donuts (or a dozen) from the Holy Donut. This tiny local chain crafts potato-based donuts with unique flavors like Pomegranate, Maple Bacon, and Dark Chocolate Sea Salt. Plan to arrive early because they’re only open until they sell out (which is quickly every day of the week).

Sufficiently carb-loaded, rent a bike and take a post-breakfast ride courtesy of CycleMania (day rates for hybrid bikes hover around $30). Back Cove Trail is the go-to loop for a three-plus-mile Portland “sampler” as it provides great views of the city skyline.

Head back to Commercial Street in the Old Port. The waterfront strip is the city’s most popular spot for tourists, but don’t let that deter you. It’s an ideal first stop for any first-time visit to the city. Grab a pre-lunch beer at Liquid Riot Bottling Company. This distillery/brewery/restaurant/bar is on the site of the historic Portland Rum Riot as a hat-tip to locals who fought for their right to imbibe. The list of libations here — including beer, vodka, rum, whiskey, and a few things you probably can’t pronounce — is impressive. Be sure to grab a growler or a bottle of Sebago Bonfire Spirit (a unique, small batch specialty of theirs) to go.

Stay for lunch at Liquid Riot or head to The Porthole. It’s shoddy, it’s loud, and the outdoor “dining room” consists of rows of overcrowded picnic tables. At first glance, it’s nothing to look at. But, the deck (Portland’s largest) has been a local institution for decades. The seafood is fresh, flavorful, and authentically prepared, and — when the weather cooperates — there’s typically live music to boot.

After lunch, hop a multi-island boat tour with Casco Bay Lines. Portland’s history, culture, and cuisine are inextricably linked to, not surprisingly, its port. The best way to see and appreciate the city is from the water, among its outer islands in particular.

One block north of Commercial Street, you’ll find the aptly named Fore Street (a restaurant on a street of the same name). For more than two decades, this rustic dinner-only joint has served a wide range of farm-to-table house specialties. The menu changes daily, but every single dish is noteworthy. It was twice named among Gourmet Magazine’s “Top Fifty Restaurants in the U.S.”, so they know their way around a kitchen.

Becky’s Diner is where the city’s fishermen head at 5 a.m. to stock up on a 1,500-calorie breakfast before shipping offshore for the day’s lobster haul. Locals (and in-the-know tourists) are hip to just how good their food is and the dining room is jam-packed most days of the week. Go early and hungry — the food and the wait are worth it.

Take a walk to Congress Street where you’ll find the Portland Observatory. You can’t miss it: it’s a tall, red octagon that towers over the neighboring businesses and homes on either side. The 100-plus-stair walk to the top rewards you with a 360-degree, panoramic view of the city. Ten minutes away on foot, Fort Allen Park offers great views of Bug Light and the nearby islands, plus a handful of notable historical monuments.

Next, head to Brian Boru for today’s pre-lunch tipple. This pink, bi-level brick building is the city’s best, most authentic Irish tavern and features a large outdoor deck. In addition to the expected Irish draft offerings, you’ll find most of the city’s best craft beer on tap. Check their event calendar for trivia nights and live music. Stay for lunch with an order of Beer Battered Fish ‘n Chips — a house specialty that’s equally Irish- and New England-inspired.

Just down the street, Vena’s Fizz House is the sort of sophisticated gentlemen’s establishment (no, not that kind) that uses words like “liquid alchemy” to describe their love of all things booze-related. It’s equal parts craft cocktail bar and cocktail store. The bartenders are true connoisseurs who’ll guide you toward a specialty cocktail you’ve never heard of before, or the right flavored/infused bitters to mix your own at home.

Round out your whirlwind trip to Portland with dinner at Duckfat or Eventide Oyster Co. Or both. The former specializes in gourmet sandwiches. But that’s just a precursor to what most people really come for: a tremendous craft beer menu, homemade gelato milkshakes, and duck-fat-fried Belgian French fries — all are out-of-this-world good. Just up the street, Eventide is a staple of the city’s upscale seafood scene. It’s essentially an intimate cocktail bar with a world-class raw bar attached. If you want to go “all in” for dinner, check out the legit New England Clam Bake (lobster tail, steamers, mussels, potatoes, and salt pork all served on a bed of seaweed).

Hopefully after all that, Portland, Maine will have gained a place in your heart if not your memory. Who needs Oregon?