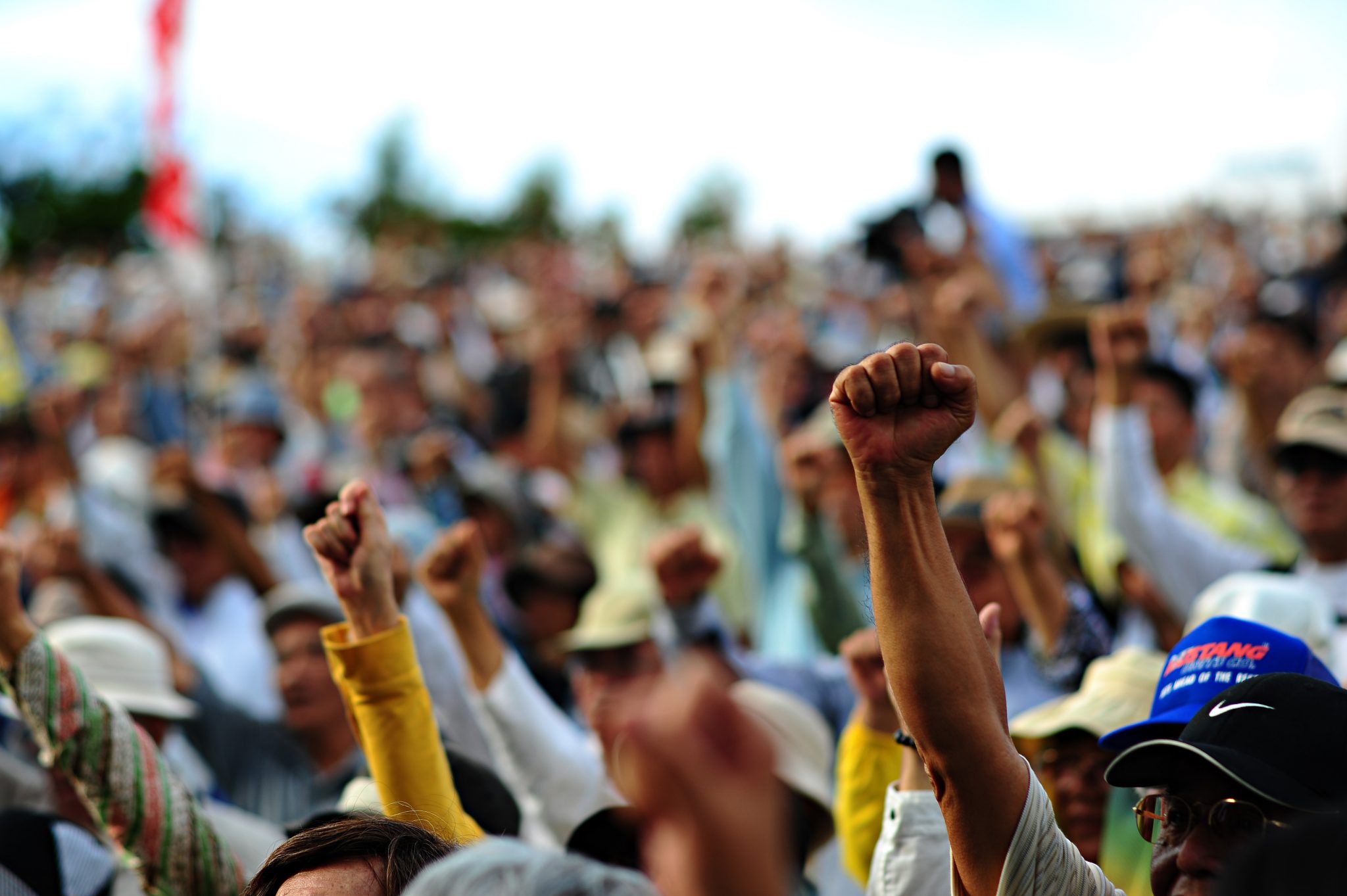 Meaningless protests as a lifestyle trend

“What do we want? – We don’t know. When do we want it? – Now!” Add “Why” and “How” to the famous meme and you get an accurate representation of some of the misguided, self-righteous marches we’ve witnessed over the last couple of years. Here are the top 5 meaningless protests which proved that changing the world is a process much more complex and demanding than a lot of activists would find convenient.

A meaningful protest should serve a larger purpose than your sense of social superiority.

This was a real “kill two birds with one stone”-kind of thing as activists not only got to stand up for the environment, but could save some innocent cows in the process. The documentary called “Cowspiracy: The Sustainability Secret”, launched by Netflix and produced by Leonardo DiCaprio, states that more than 51% of all global greenhouse gas emissions are caused by livestock and byproducts. Even if the film’s idea might have been admirable, documentaries can’t get away with some of the implausible storylines fiction movies can.

First of all, those facts are simply wrong, with the real number having been estimated at 14.5%. Second, this is a very out-of-context outlook altogether, the equivalent to dismissing global warming on the basis of one cold winter day.

Researchers at USDA’s Agricultural Research Service (ARS) and Virginia Tech explored what would happen if the U.S. went completely vegan. They found out that eliminating food animals would also result in increases associated with producing additional food crops, and would finally come down to a drop of 2.6 % of total U.S. emissions – a relatively insignificant number in the grand scheme of things, especially considering the health risks vegan lifestyle can pose for some, and how unaffordable it can be as well. Reducing greenhouse gas emission is an endeavor that goes way beyond quitting meat.

Kim Davis redefined the idea of standing up to the system, and not in a good way. The county clerk for Rowan County became famous for denying a gay couple a marriage license in 2015, defying the U.S.  Supreme court order. Davis believed she was obliging with “God’s authority” and her blind faith even led her to jail.

Now, Davis doesn’t refuse to give same-sex couples marriage licenses anymore as Kentucky changed its rules and clerks no longer have to attach their names to the licenses. It appears the whole thing was a copyright issue, with nothing but a signature protecting God’s authority.

2016 had something for the conspiracy fans, with different fake protests in the lead-up to the US presidential elections throughout the country, organized by the Internet Research Agency – a troll bureau that used fake social media accounts to popularize Facebook groups through paid ads. The Russian trolls even organized a simultaneous protest and counter-protest in Texas, instigating a confrontation between two huge Facebook groups –  “Stop the Islamization of Texas” and “United Muslims of America”, with the goal of dividing Americans and start chaos altogether. However, some good might actually come out of this movie-esque phenomenon – it gives a very tangible perspective on just how long social media’s reach really is, and serves as a graphic reminder that “Not everything you read on the Internet is true”.

The Occupy movement was about as effective and driven as the Ali G’s hunger strike. More of a V for Vendetta cosplay, this protest consisted mostly of hanging out in Zuccotti park, exchanging grandiose ideas about taking down the 1% and giving different takes on what revolution “is all about”. Nobody is saying to pull a Guy Fawkes and start bombing stuff, but wearing a mask in that context is a privilege for vigilantes who have an actual reason to hide their faces from the corrupt authorities.

It’s highly unlikely that anybody needed to stay anonymous while camping out in a park.

What better way to fight oppression than with more oppression. The Berkeley student protestors formed a human chain, blocking white students from reaching their classes under the demands for creation of safe spaces for transgender and non-white students. Whatever noble intentions there might have been in those protesters’ minds surely remained nothing more than that. This deeply paradoxical act, along with others like the angry protests against the right of conservatives’ to conduct speeches on campus, is what turned the term “safe space” into the safe word of spoiled, self-righteous and ignorant kids who seek shelter from any real-life challenges.

These protests teach us that it’s very easy to judge from the sidelines and talk big, probably as easy as is getting drunk on power. Protesting should be a real step toward real change rather the chaotic collection of misguided believes.